Spain′s monarchy: Boon or bane for the nation′s economy? | Business | Economy and finance news from a German perspective | DW | 06.08.2020

Former Spanish King Juan Carlos is dogged by allegations of corruption and has gone into exile. His move has triggered a public debate about whether the monarchy is good for the country and its economy in particular. 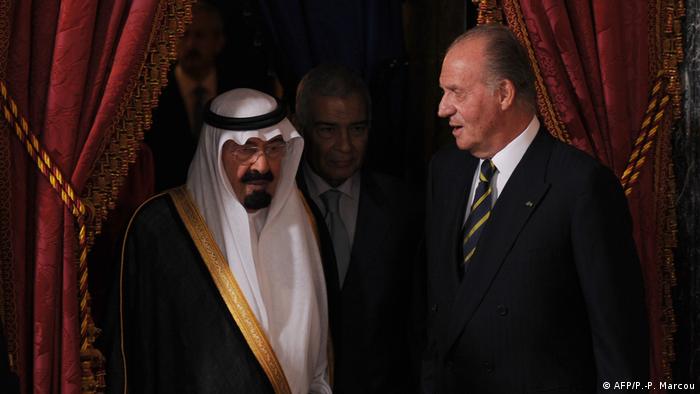 In the eyes of Spanish university professor Francisco Javier Alvarez, King Emeritus Juan Carlos had turned into an ordinary impostor in the course of his reign by channeling money to tax havens. The renowned criminal law expert from Madrid's Universidad Carlos III likens him to a petty criminal in the construction industry.

Alvarez believes that the former king like many other members of the Bourbon monarchy has done more damage than good to Spain's economy through his "obscene behavior."

Spanish prosecutors are currently investigating allegations claiming Juan Carlos was involved in corruption relating to a high-speed rail line between Mecca and Medina.

With his departure into exile, the former king has caused yet another scandal. An official press conference of the government didn't provide any clues as to his current whereabouts and how he's going to finance his life abroad. His son King Felipe VI had stripped him of his annual "salary" of €200,000 ($237,000) as early as May when the first allegations of bribery were corroborated. 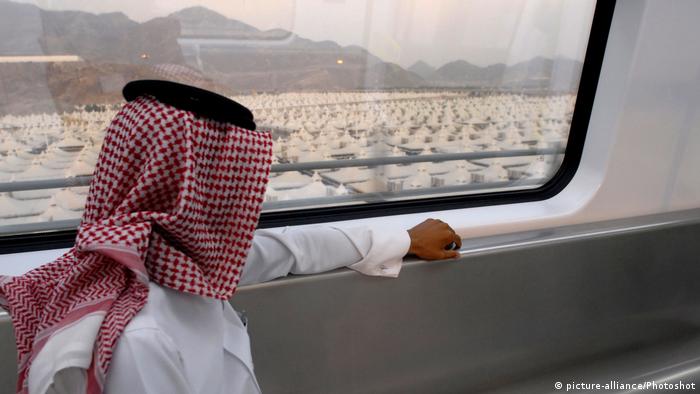 Alvarez says that's not where the story ends as Juan Carlos had accepted many payments and numerous presents from companies and governments that had not been accounted for properly.

On top of that there were several affairs with women and a fateful safari. Back in 2012 when Spain's financial system was about to collapse, the king was seen and photographed in Botswana during a sponsored elephant hunt.

"It was the beginning of the end of an era in which corruption and nepotism were common in our country," said Fernando Cocho Perez, a security expert and founder of tech consultancy H4dm.

In 2014, Juan Carlos abdicated — for health reasons as official statements claimed. "In reality, the monarch was no longer acceptable as head of state," Perez said. Accounts had been found in Switzerland and a foundation in Panama with links to the royal family in Spain.

From economic ambassador to problem child

Renowned economist Juan Velarde Fuertes stands by the monarchy nonetheless — like many other conservatives in the country. The 93-year-old also worked for the Francisco Franco dictatorship when Juan Carlos was still in exile in Portugal. Many believe he's back there now, while some media reports suggest he's in the Dominican Republic staying as the guest of a wealthy family.

Despite all the scandals at hand, Fuertes thinks the Spanish monarchy has been good for the economy, all the more so since the monarchy only costs the state about €8 million a year. In the opinion of Fuertes, that's relatively cheap if compared to other monarchies in Europe. 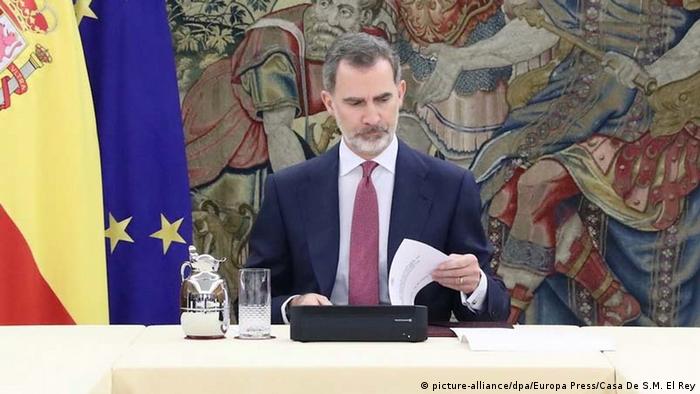 But when Fuertes voiced that view in El Economista last year, it wasn't known yet officially that the former king had not only been a womanizer, but also a recipient of numerous bribes. According to Perez, one who did know about it right from the start was Queen Letizia of Spain, who worked as a journalist before ascending the throne.

King Felipe VI is trying to be better than his father. Inaki Urdangarin — a corrupt brother-in-law, who was convicted of embezzlement — was excluded from the royal family in 2015. Now it appears, it's Juan Carlos' turn.

Felipe doesn't have it easy, though. His wife isn't popular among the subjects. The heiress to the throne, his almost 15-year-old daughter Leonor, can only ascend to the throne if the Spanish Constitution is amended and allows a woman to become head of state.

"It will certainly trigger a huge public debate about whether the monarchy really makes sense anymore, and it might not survive such a debate," Perez predicted. To improve the image of the royal family, Felipe VI renounced the inheritance from his father in March of this year.

The thing is that the scandal surrounding the railroad line between Mecca and Medina will not be forgotten quickly. The line was billed as one of Spain's largest signature projects. The deal was inked in 2011 between the Saudi royal family and 12 Spanish enterprises including rail company Renfe and train manufacturer Talgo.

"It's not the only deal involving Spanish companies for which Juan Carlos had pocketed bribe money, said criminal law pundit Francisco Javier Alvarez. 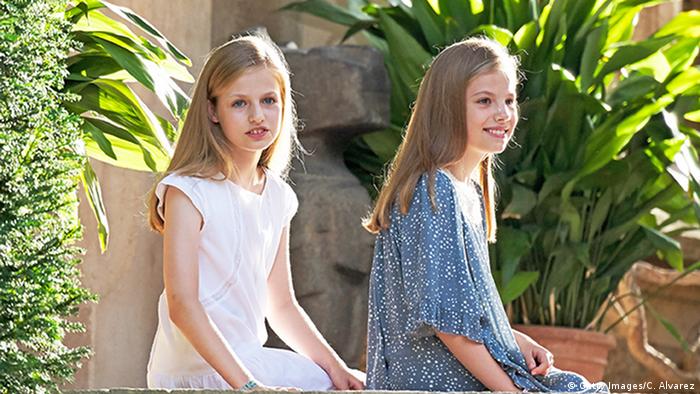 The Spanish princesses Leonor (l.) and Sofia seen during a summer photo call at the Marivent Palace in Palma de Mallorca

The renewed talk about the unholy alliance between the Saudi and Spanish kings comes at an inopportune moment for state-owned Renfe. The company has been profitable for some years now and is hoping for lucrative contracts abroad. The Saudi undertaking, which became operational in 2018 boasting 35 trains and 60 million passengers a year, was meant to be Renfe's showcase project.

Consultant Cocho Perez doubts whether Spain needs the monarchy to advance its economy. "Spanish blue chips such as Banco Santander or Telefonica want stability," he said. "At these companies and in the rest of the nation, unwavering fans of the royal family are few and far between now." In the opinion of Perez, Spain's days of monarchy are numbered.

Palma-based German lawyer Tim Wirth believes, though, that Felipe VI has been good at stabilizing the country economically. "Particularly for Mallorca where the kings have their summer residences, Felipe is tremendously important," Wirth said. "The island wouldn't be so safe without him — and if it weren't so safe, you wouldn't see so many celebrities from all corners of the world buy property there."

Wirth is convinced that without the royals again spending their vacation at Marivent Palace in Mallorca, the Balearic Islands wouldn't attract so many ordinary tourists.

The former Spanish monarch has returned to the country after spending nearly two years in self-imposed exile in the UAE. He was set to visit his son, King Felipe VI, in Madrid.

The former king of Spain Juan Carlos I has paid hundreds of thousands in taxes he owed to the Spanish treasury. The royal has been under investigation for possible financial wrongdoings and fled to the UAE this August.