One person has died and others were injured after CO2 leaked at a nuclear power plant in Spain. Emergency services said the accident was not linked to radioactive material. 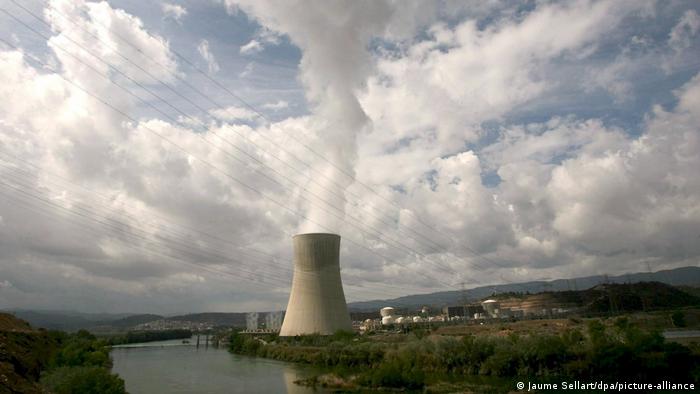 A leak of carbon dioxide at a nuclear power plant in Spain on Wednesday killed one person and left three injured, emergency services said.

The fault at the Asco plant in the region of Catalonia was related to a fire prevention system and had no connection with the radioactive material, the Catalan fire service said in a tweet.

Three maintenance workers and a firefighter stationed at the plant were carrying out routine work when the leak happened.

The three survivors were taken to a nearby hospital with light injuries from inhalation. Seven firefighter crews were sent to the site and along with security personnel from the plant were able to re-secure the facility. Emergency crews said they were preparing to leave after a final check.

The plant, in the province of Tarragona, along with the nearby Vandellos II power plant, provides around half of Catalonia's energy supply, Spanish newspaper El Pais reported.

Vandellos II suffered an "anomaly" in a pressure transmitter which was picked up by the safety regulator, the Nuclear Security Council (CSN), according to El Pais.

Accidents at nuclear facilities are rare, but they can have dire consequences when they do occur.

Japan is still dealing with the fallout of the accident at the Fukushima Daiichi nuclear power plant ten years ago.

The area around the infamous Chernobyl disaster in Ukraine is still considered unsafe for people who stay there too long.