Spain's interim foreign minister has renewed the country's claim to Gibraltar. His comments come in the wake of the UK decision to leave the EU, and ahead of Spain's repeat parliamentary elections on Sunday. 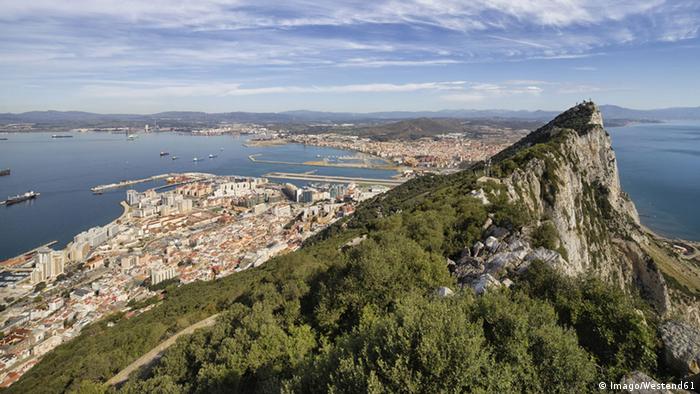 Within hours of UK voters choosing to leave the European Union, Spain's foreign minister renewed his country's claim to Gibraltar, a British Overseas Territory under the jurisdiction and sovereignty of the United Kingdom.

'The Rock,' as it is known, juts out of the southern tip of Spain, across the sea from Morocco. Spain ceded the white limestone slab to Britain in 1713 and has sought to get it back ever since. 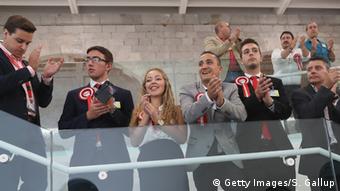 People at Gibraltar University react to the vote on the Rock, before finding out the full result

"Our formula... is British-Spanish co-sovereignty for a determined period of time, which after that time has elapsed, will head towards the restitution of Gibraltar to Spanish sovereignty," Spain's acting Foreign Minister Jose Manuel Garcia-Margallo told Spanish radio on Friday. "The Spanish flag is much closer to the Rock."

Britain's Minister for Europe, David Lidington, sought to ease concerns in the 33,000-strong territory. "I want to be absolutely clear. The United Kingdom will continue to stand beside Gibraltar," he said in a statement. "We will never enter into arrangements under which the people of Gibraltar would pass under the sovereignty of another state against your wishes."

Margallo said the issue of Gibraltar was no longer within the remit of the European Union, after the UK voted to leave the bloc in Thursday's referendum.

"It is now a bilateral issue that will be negotiated exclusively between the United Kingdom and Spain," he said.

The details of shared sovereignty were first worked out between Britain and Spain in 2001 and 2002. But the accord was abandoned after Gibraltarians voted it down in a referendum in November 2002, preferring to remain a part of the United Kingdom.

But people in Gibraltar voted overwhelmingly (96 percent) on Thursday for the UK to remain part of the EU.

Spain's conservative Popular Party is running a caretaker government ahead of a repeat election on Sunday. The conservatives are likely to hold on to power with another election win, but are expected to come up short of an absolute majority.

"We have surpassed greater challenges," he said. "It is time for unity, for calm & for rational thinking. Together & united we will continue to prosper."

Gibraltar Wary of a Brexit

Gibraltar Wary of a Brexit