Emotions run high as Britain votes to leave EU | Europe | News and current affairs from around the continent | DW | 24.06.2016

The Leave campaign claimed a shock victory in the UK's EU referendum, but as Samira Shackle reports from London, results show a deeply divided public. 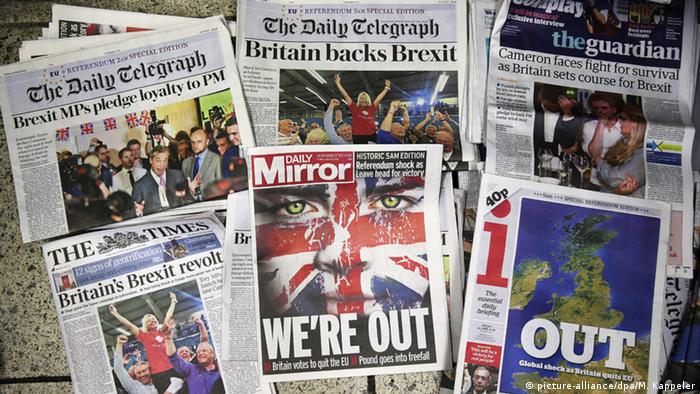 The British public woke up to uncharted political waters this morning, after delivering a shock vote to leave the European Union. The value of sterling tanked, down to its lowest level since 1985, and France overtook Britain as the world's fifth-largest economy. Continuing the morning's shockwaves, Prime Minister David Cameron, who had campaigned to Remain, announced that he will stand down in October. His most likely successor is former Mayor of London Boris Johnson, though home secretary Theresa May and chancellor George Osborne are also likely to throw their hats into the ring.

"I never thought I'd say this - I've never voted Tory in my life - but I wish that Cameron hadn't announced his resignation," says Clare Gillingham, a charity worker. "In the current chaos I don't want to see a clown like Boris Johnson take over. I am furious with Jeremy Corbyn and the Labour leadership for failing to make a decisive case for Remain. I feel we've woken up in a nightmare," she told DW.

Questions have also been raised about the future of Labour leader Jeremy Corbyn, who fought half-heartedly on the Remain side, at one point saying he was "7.5 out of 10" in favor of remaining in the EU. "I think you will find Labour figures later this morning calling for Jeremy Corbyn to consider his position because of the lacklustre campaign he fought," says Norman Smith, assistant political editor at the BBC. "We could end up with a situation where Cameron is gone, where Corbyn is gone. You could almost end up with a reshaping of politics at Westminster. And on the back of that we may even have a general election sooner rather than later."

The vote was incredibly tight, and showed clear divisions in the British population. Scotland, Northern Ireland, London and other big English cities such as Manchester, Liverpool, Bristol and Leeds, overwhelmingly voted to remain, while Wales and almost the entirety of northern England voted to leave. The vote also split along age lines, with the over-65s heavily voting to leave and the younger generation to remain. 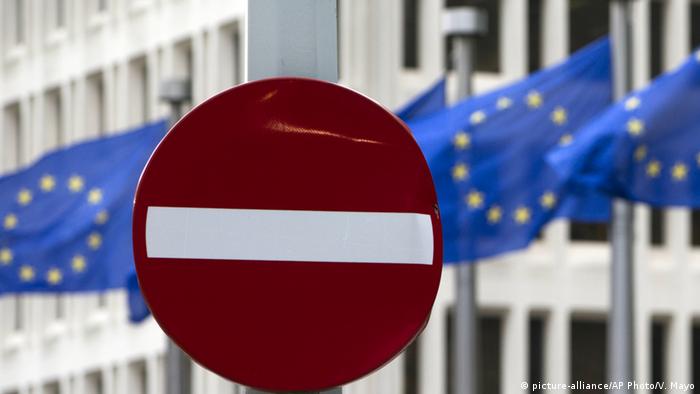 As Britain reels from the shock result, emotions are running high on both sides: "This is a victory for stupidity, selfishness, and xenophobia - after a campaign dominated by lies," says Ellie Kirkham, who works in advertising and voted to remain. "I'm sick of hearing politicians like Farage say that this is a victory for 'ordinary people' - what about the 48.1 percent who voted to remain? That's a hefty chunk of the population. They are not all out-of-touch elites. I am terrified about what this means for the future of our beautiful, multicultural country," she told DW.

Yet others urge unity in the face of seismic change: "I have no sympathy with the 'Little England' xenophobia of Farage and his cohort, and I disliked how that dominated the campaign," says Chris McIntosh, a community activist who voted to leave. "But I see this as a victory for integrity and democracy. It's patronising to suggest that 52 percent of the population didn't know what they were doing. We have voted against the undemocratic and neoliberal institutions of the EU. If nothing else, the vote shows a groundswell of anti-establishment feeling that I hope will be harnessed into a progressive movement of some sort. The worst thing the left could do now would be to disengage in anger."

The often-vitriolic campaign was littered with incorrect statistics and misleading information, a barrage of noise that left many voters angry. Several of the Leave campaign's key claims have already been rowed back from. The campaign claimed on leaflets and posters that £350 million (435 million euros, $480 million) would be freed up to spend on the National Health Service, a claim which Nigel Farage now says was "a mistake." While concern about immigration controls was a cornerstone of the leave campaign, out campaigner Daniel Hannan said this morning that people who voted out in order to see immigration fall would be disappointed. 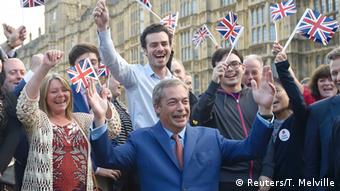 The Leave camp has been accused of using misleading information

"I am already tired of seeing a Doomsday scenario predicted on the news, on social media, and amongst my friends," says James Garthwaite, a civil servant who voted to leave. "I don't deny that this is a period of immense change - I would have liked to see Cameron stay in office longer, and the immediate impact on sterling is dramatic. But ultimately we remain one of the largest economies in the world with a strong tradition of economic growth and stable democracy. It's insulting to Britain to say that we can't fend for ourselves."

While the Bank of England scrambles to shore up the economy and politicians attempt to navigate the unchartered territory ahead, the one thing everyone can agree on is that this is a huge change. "Who knows, perhaps the worst effects can be avoided altogether," says Guardian columnist Jonathan Freedland. "But we should not be under any illusions. This is not the country it was yesterday. That place has gone for ever."

The UK has voted to leave the EU in a referendum and the prime minister who called it, David Cameron, says he will quit. Cameron said the vote "must be respected," but that another prime minister should implement it. (24.06.2016)