Pedro Sanchez is facing criticism from all sides after he agreed to Catalan separatists' demands. Opposition parties have accused him of giving in to "blackmail" in order to win budget votes and called for protests. 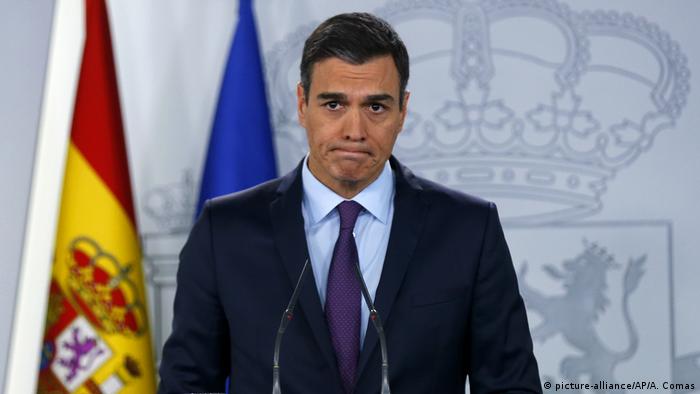 Spain's Socialist Prime Minister Pedro Sanchez has come under fire from the opposition, as well as from members of his own party, following a concession granted to Catalan separatists in future talks over the region's debate on potentially splitting from Spain.

The firestorm comes at a critical time for Sanchez, whose minority government is propped up by Catalan pro-independence national lawmakers.

On February 12, 12 imprisoned Catalan separatist leaders will go on trial for rebellion, and in the upcoming weeks, Sanchez will attempt to pass his 2019 budget, for which Catalan lawmakers' votes are needed.

Earlier this week, Sanchez had announced that a neutral "rapporteur" would be present in future talks between various political parties within Catalonia, a demand that had been made by separatists.

These talks would take place alongside others between representatives from the regional Catalan government and the national government in Madrid.

Sanchez is caught between wanting to avoid inflaming Catalan separatist sentiment and taking a hard-enough line against the breakaway movement to reassure the many Spaniards who believe he has been soft on the issue of keeping Spain unified.

Opposition politicians from the conservative Popular Party (PP), the center-right nationalist Citizens (Ciudadanos) party and the far-right Vox party accused Sanchez of giving in to "blackmail" by separatists in order to secure their support for the budget vote. 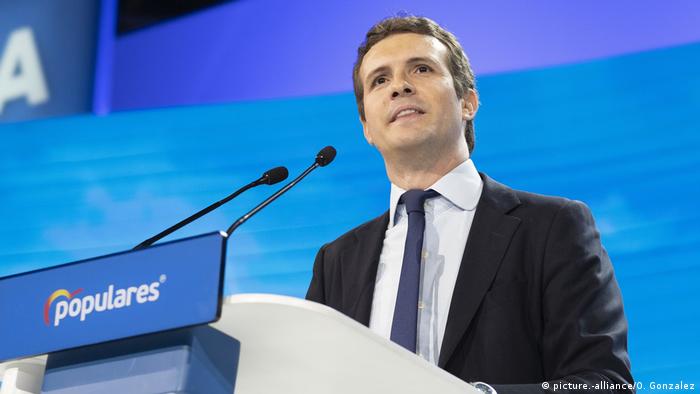 PP leader Pablo Casado called Sanchez a "traitor" and told EFE news agency that the prime minister had "crossed all red lines; the legislature is totally over and the government is illegitimate." Casado also called for early national elections to take place.

Citizens and PP are organizing a rally in Madrid on Sunday to protest Sanchez, and the far-right party Vox has also called on its supporters to take part. The slogan of the march will be, "Elections now for a united Spain."

Citizens, PP and Vox have already become an effective counterforce to Sanchez's Socialists at the regional level. Following December elections in the southern autonomous community of Andalusia, the three parties teamed up to deny the Socialists governing power in their traditional stronghold.

Criticism has also come from within Sanchez's own party: "Approving a budget doesn't justify concessions that call into question the constitution, Spain's unity, the rule of law or decency," said Javier Lamban, the Socialist president of the northeastern region of Aragon.

Felipe Gonzalez, ex-president and former head of Spain's Socialists, who is admired nationally for his role in Spain's transition to democracy, questioned Thursday why it was necessary to have a rapporteur and intra-Catalan talks.

In a video published by his foundation, Gonzalez said that such talks would degrade state institutions.

Sanchez's foreign minister, Josep Borrell, denied that the intra-Catalan talks with a rapporteur would in any way affect "state institutions nor relations between the government and the Catalan executive."

Activists across the region occupied railway tracks, central streets and key motorways in protest against Madrid. One year on, Catalonia shows no sign of forgetting its quashed bid for independence. (01.10.2018)

Two jailed Catalan leaders have accused Spanish authorities of failing to provide legal guarantees for a fair trial. Spanish prosecutors are seeking long prison terms for the duo's involvement in an independence bid. (01.12.2018)

Business as usual in Catalonia, more or less