Traditional parties are battling to win votes in the countryside where they face tough competition from smaller parties. And the rural vote will likely prove crucial in today's election. Lisa Louis reports from Teruel. 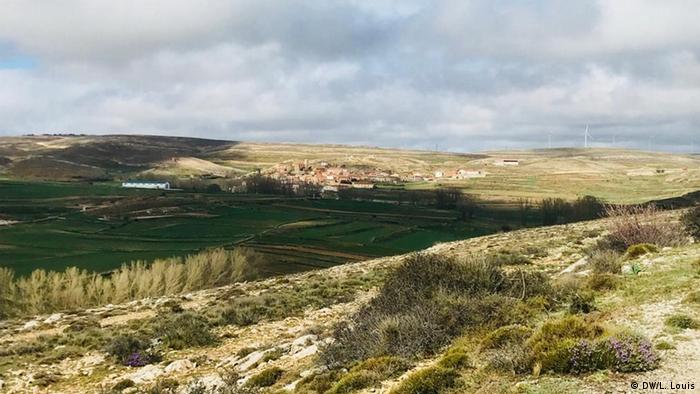 Raquel Clemente has decided to speak up for the people in the Spanish countryside.

The 36-year-old has been living in the small village of Celadas in Spain's eastern province of Teruel almost all her life. Now, she's running for parliament for the conservative People's Party (PP) in the province in Sunday's general election. The vote was called earlier this year by Prime Minister Pedro Sanchez and his center-left PSOE minority government after it had failed to get its budget through parliament.

"I really enjoy living here and representing Teruel in parliament would make me very happy," she told DW. "We're like a big family. Every piece of good news is being celebrated by everybody here, even if it doesn't concern all of us directly."

The village has 300 inhabitants, one bar and one bakery, which is open only an hour a day. And it's part of so-called empty Spain — large swaths of the countryside that will elect almost a third (101) of the 350 seats in Parliament. At a recent rally in Madrid, more than 50,000 people gathered to voice their concerns about the countryside's depopulation.

For the first time in Spanish history, the two traditional parties — PP and PSOE — are likely to lose a considerable share of these mandates to smaller parties, says Pablo Simon, a professor of political science at the University Carlos III in Madrid. 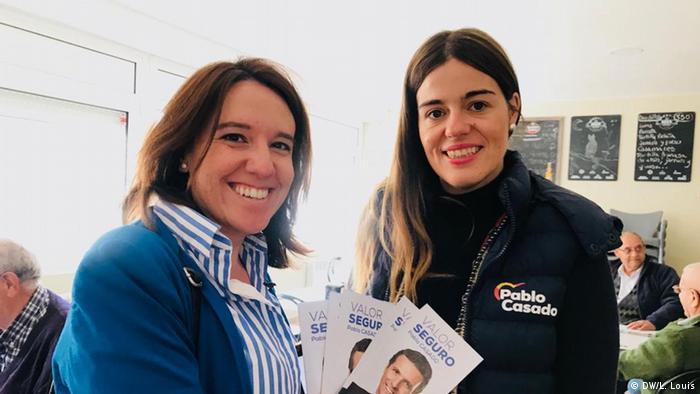 "In provinces like Teruel with only three seats, the front-runner has to obtain twice as many votes [percentage-wise] as the party coming third to win two of the three mandates according to our system." If that is not the case, the third mandate goes to the third-placed party. "And that has become more likely with the rise of small parties such as the left-wing Unidas Podemos, the far-right Vox and the liberal Ciudadanos," he told DW.

He added that building a stable government would therefore be much more complicated for traditional parties — even if they were to win the largest share of the vote overall. "It looks like Spain's long-standing two-party system has come to an end."

But the traditional parties are trying to defy the predictions.

Clemente is visiting the nearby village Cuevas Labradas, which has 130 inhabitants. The local PP-run government recently convinced someone to run the village's only shop and bar — by not charging them any rent. The village hadn't had a grocery shop for three years.

She's distributing flyers that say "safe value" to people sitting at tables and telling them how the PP will provide better infrastructure, support farmers financially and provide faster internet access in the countryside.

Maria Jesus Garfella, one of the residents, seems convinced by the party's plans. "What she says is really interesting. Now, they only need to implement the measures," she tells DW.

'I don't trust the political class any more'

But Miguel Angel Fortea at the next table disagrees.

"Our province is completely isolated. We don't have proper infrastructure. Our trains are falling apart and really slow," he says. "I just don't trust the political class any more. I'm not sure I'll be voting for any of them. They promise the world, but the day after the election, they forget about us." 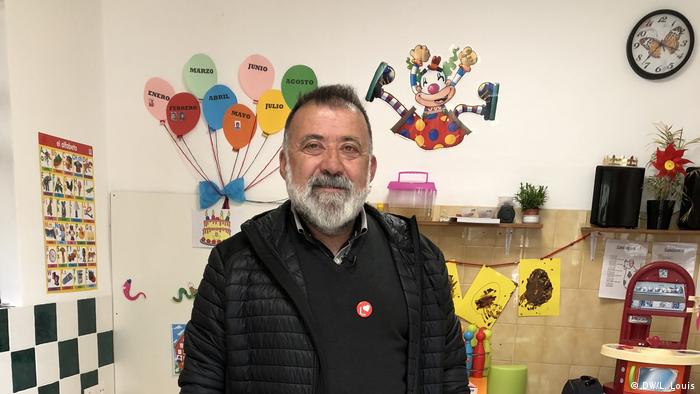 Forty kilometers (25 miles) away, the mayor of the village Mezquita de Jarque and PSOE front-runner in the region, Herminio Sancho, is walking around the premises of the village's new kindergarten. Toys are lying on the floor. The walls are covered with colorful stickers.

"Our party has done a lot for the countryside," he tells DW. "We also bought a new van taking older children to colleges in the surroundings and are working on attracting a new ham [processing] factory. That would create 25 direct jobs, which is considerable for a village with 100 inhabitants."

Sancho says he has been living here all his life and knows the countryside. "Voters should trust us to defend their interests."

But smaller parties are using the PP's and the PSOE's track record against them.

Like Maru Diaz from the far-left party Unidas Podemos. She's distributing flyers with a team of half a dozen people in the provincial capital. Wearing a colorful dress and bright-red lipstick, the 28-year-old is promising a breath of fresh air — and a fresh start.

"The traditional parties have governed Spain for 40 years and are responsible for the emptying of the countryside," she told DW. "People should have the courage to vote for our innovate policies — they will bring people back. We will build new roads and train lines and create more job opportunities for women."

Another small party that could play a big role in empty Spain is the far-right populist Vox. Founded five years ago, it obtained its first regional parliamentary seats in Andalusia in December last year. And it's predicted to win at least 10 percent of the vote in Sunday's election. 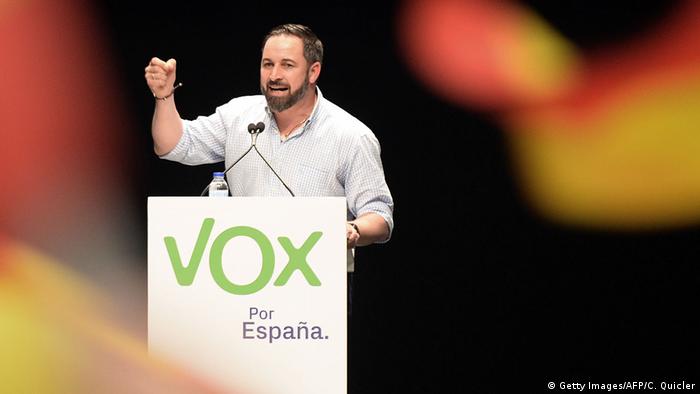 Towards a fragmented vote on the right

Most of these votes will probably come from the countryside, says Jose Fernandez-Albertos, a political scientist at the Madrid-based Institute of Public Goods and Policies.

"People in 'empty' Spain tend to be older and more conservative and are therefore more likely to vote for Vox," he told DW. "And that's going to fragment the vote on the right."

But the PP's Clemente says people should think twice before balloting for a small party.

"People should make the most out of their vote. The fewer seats our party has, the less it will be able to do for the countryside."

And yet, her appeal might go unheard. The election is expected to show that Spaniards — not just in rural areas but across the country — have lost faith in the traditional parties. And winning that back will take more than just promises.