A jihadist network spanning 17 prisons had attempted to radicalize inmates and establish a "prison front," according to authorities. Several of the inmates were due to be released, posing a potential security risk. 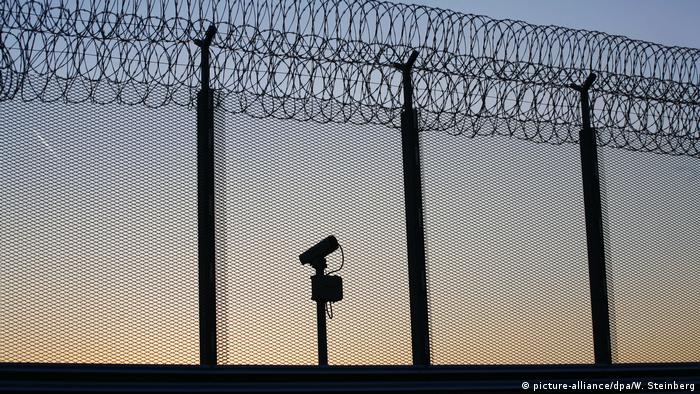 Spain's Interior Ministry on Tuesday said police had dismantled a network of jihadists operating in more than a dozen prisons across the country.

The ministry said the ring consisted of 25 prisoners "accused of being part of a group close to the 'Islamic State' (IS), which was dedicated to radicalizing other prisoners."

"Although the investigation began by focusing on an inmate in a particular prison, to date the illegal activity of the group extended to 17 prisons, which account for 55 percent of jails that house prisoners linked to jihadist terrorism," the ministry said.

The network attempted to radicalize other inmates in order to establish a "prison front." A source at the interior ministry told AFP news agency that although there was no "concrete plan" to carry out an attack, the ring had created a "belligerent state of mind towards prison staff."

"The very existence of the group is viewed as a potential security risk, even more so given the upcoming release of several of the inmates who were targeted by the investigation," the ministry said.

Studies have shown that several criminals who go on to become jihadists have been radicalized in prison. A 2016 study found that more than half of Europe's foreign fighters had criminal records, and 27 percent had been radicalized in detention facilities.

The UN has also warned of the heightened threat of prisons serving as "incubators of terrorism and violent extremism."

Spain's Interior Ministry noted that the operation to break up the IS-affiliated ring was the first of its kind in Europe and brought together law enforcement agencies with those that manage prison facilities in the country.

Some 200 police officers have raided the headquarters of a Shiite Islamic association near the port city of Dunkirk. Meanwhile, France has frozen Iranian state assets after a June bomb plot. (02.10.2018)