More than half of Europe's foreign fighters have a criminal record, according to a UK report. Researchers have pointed to increased radicalization in Europe's prisons, an issue with serious consequences. 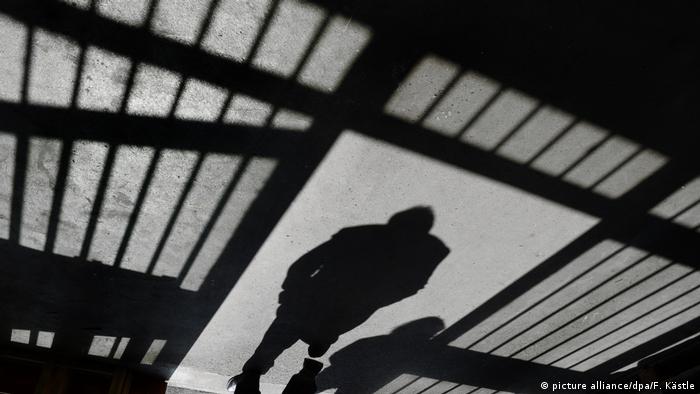 Some of the terrorists of Brussels and Paris were at least partially radicalized in prison. But despite paying lip service to such problems, few German politicians have shown interest in deradicalization programs.

The news comes a month before Britain's most radical imam is to be sentenced for promoting support of the "Islamic State." Critics say, isolating such prisoners will ultimately create further problems down the road. (22.08.2016)

The perpetrators of the Paris attacks are believed to have turned to terrorism after serving time in jail. In Germany, Husamuddin Meyer works with young Muslim prisoners to keep them from going down a similar path.

The majority of Europe's jihadist foreign fighters have criminal backgrounds, said a report published on Tuesday by the International Center for the Study of Radicalization and Political Violence (ICSR) at King's College in London.

"The presence of former criminals in terrorist groups is neither new nor unprecedented. But with Islamic State and the ongoing mobilization of European jihadists, the phenomenon has become more pronounced, more visible and more relevant to the ways in which jihadist groups operate," the report said.

The study, which compiled a database of 79 known jihadists with criminal pasts, showed that 57 percent of them had served prison sentences prior to radicalization, with 27 percent of those having radicalized while incarcerated, "although the process often continued and intensified after their release."

Germany's federal police reported in 2015 that of the 669 foreign fighters from the country, two-thirds had "police records prior to traveling to Syria, and one-third had criminal convictions." However, the federal republic was not the only European nation to report similar figures.

Belgian authorities stated that half of their foreign fighters in Syria had criminal records prior to departure, while France, the Netherlands and Norway exhibited similar patterns.

Several assailants involved in terrorist attacks across Europe exhibited criminal activity prior to operations, including Salah Abdeslam, who participated in the November assault in Paris that left at least 130 people dead.

ICSR researchers described prisons as "places of vulnerability" that brought together criminals and terrorists, allowing for networking opportunities and "skills transfers," while often leaving little room to re-integrate into society after serving jail time.

"The profiles and pathways in our database suggest that the jihadist narrative - as articulated by Islamic State - is surprisingly well-aligned with the personal needs and desires of criminals, and that it can be used to curtail as well as license the continued involvement in crime," the report said.

Researchers found that up to ten of the individuals examined in the study had been radicalized through a "redemption narrative," a perceived notion that the "revolutionary ideology" presented to them offered atonement for past crimes.

"Jihadism offered redemption for crime while satisfying the personal needs and desires that led them to become involved in it, making the 'jump' from criminality to terrorism smaller than is commonly perceived," the report said.

Terror in Europa: its economic impact

More than 5,000 European nationals have fled to join militant groups in Syria and elsewhere, with authorities warning of the potential fallout upon returning to their home country. Calls to address the issue of returnees have grown with the looming battles for Mosul in Iraq and Raqqa in Syria, which are expected to displace thousands of militants and up to one million civilians.

However, finding a solution to radicalization can begin in-country, with the report recommending the creation of safer prison conditions and re-conceptualizing how the relationship between radicalization, terrorism and crime are understood.

"As a consequence, countering terrorism is, more than ever, a social problem, which coincides with the existence of 'ghettos' and a 'Muslim underclass' in the big European cities," the report said.

Earlier this year, the UN warned of the heightened threat of prisons serving as "incubators of terrorism and violent extremism," launching an initiative aimed at advising nations on how to combat radicalization in detention facilities.

"Safeguards need to be put in place to prevent the spread of extremist ideologies to other prisoners, while upholding the protection afforded under international law to persons deprived of their liberty, including with respect to international standards and norms relating to solitary confinement," said the UN chief's report on preventing violent extremism.