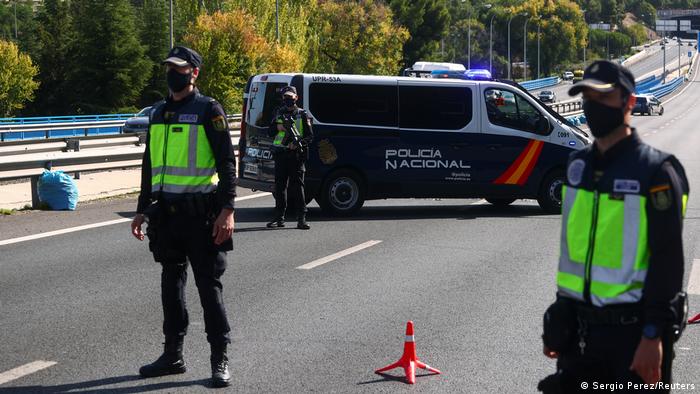 The Spanish prime minister on Sunday declared the country's second state of emergency, imposing a curfew in all regions except for the Canary Islands.

They will also be allowed to shut regional borders, and public gatherings will be limited to six people from separate households.

"The reality is that Europe and Spain are immersed in a second wave of the pandemic," Prime Minister Pedro Sanchez said after a meeting with Cabinet colleagues.

"We are living in an extreme situation...it is the most serious in the last half-century," he told a news conference.

Sanchez said that later this week he would ask parliament to extend the measures until May.

Regional leaders had already agreed to a new state of emergency and the Sunday meeting was to draw up its terms.

The measures allow the national government extraordinary powers, including the ability to temporarily restrict basic freedoms guaranteed in the Spanish constitution.

Spanish Health Minister Salvador Illa has said officials are studying how to apply nightly curfews, possibly similar to the 9 p.m. ones already in place in major French cities.

Madrid imposed one of the toughest lockdowns early on in the pandemic, as the country's health care system struggled to cope with the number of cases.

Measures were eased in the summer but, like many other European countries, Spain has seen a second wave hit in recent weeks.

Read more: No hands to harvest strawberries in the Spanish coronavirus lockdown

The country now has one of the highest numbers of infections in Western Europe. Total cases rose to 1,046,132 on Friday, with an overall death toll close to 35,000.

Germany's president said that while COVID-19 deserves society's full attention, it's important to not forget "humanity's other great challenges." Meanwhile, Spain faces a new state of emergency. Follow DW for the latest.