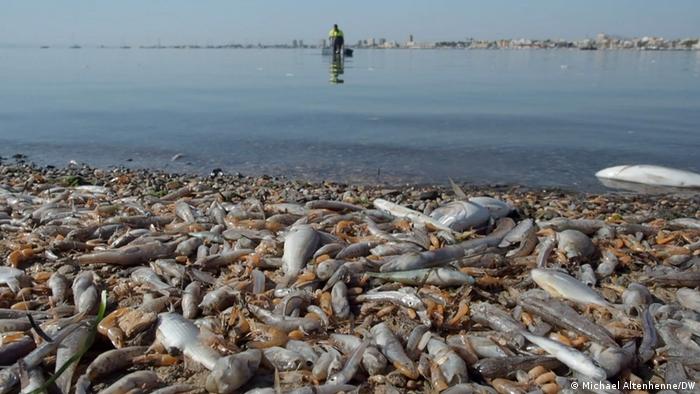 Members of the Spanish upper house of parliament decided by a large majority to give personhood status to the Mar Menor lagoon in Murcia, in southeastern Spain.

The initiative, already greenlighted by the lower chamber, was debated after campaigners collected half-a-million signatures backing the move to protect the threatened ecosystem.

What does the decision mean?

With the conclusion of the legislative procedure, the rights of the lagoon can be defended in court, as though it were a person or business.

It means that any citizen is now able now appeal to the judiciary in the case of a suspected violation against the lagoon.

It will now be legally represented by a group of caretakers that includes local officials, scientists and residents living nearby.

"The Mar Menor becomes the first European ecosystem with its own rights after the Senate approved the bill to give it a legal identity," tweeted Senate president Ander Gil after the vote.

The move to convey personhood status on the lagoon was backed by all parties except the far-right Vox group.

Why does the lagoon need protecting?

Ecologists have warned for years that the Mar Menor (Lesser Sea) is gradually perishing because of heavy runoff of fertilizer nitrates from nearby farmland.

Experts say that the presence of unusually high levels of nutrients alters the balance of the ecosystem, which is separated from the Mediterranean Sea by a 22-kilometer-long (13.7-mile-long) sandbar.

New life that thrives in the altered conditions quickly takes up oxygen from the water, causing fish to die in large numbers.

The process, known as eutrophication, is thought to be behind mass fish die-offs in August last year, when millions of dead fish and crustaceans began to wash up on the lagoon's shores.

Last year, environmentalists submitted a formal complaint to the EU over what they called Spain's "continued failure" to protect the lagoon. They said it was on the brink of "ecological collapse."