Southern Gas Corridor project about to come on stream | Business | Economy and finance news from a German perspective | DW | 11.11.2020

Southern Gas Corridor project about to come on stream 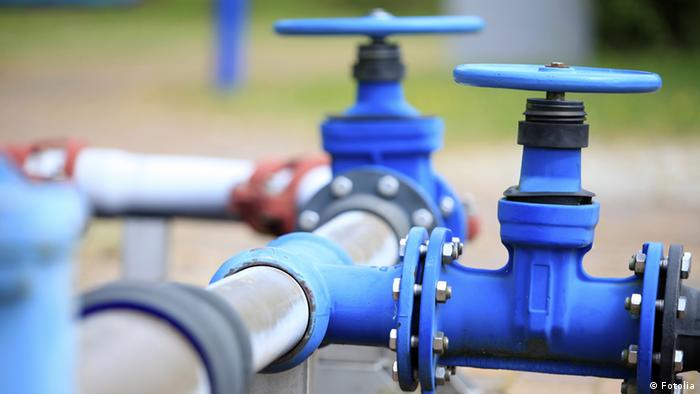 There is consensus among experts about the future Biden administration's commitment to the Southern Gas Corridor (SGC). The project was supported by the previous two administrations in an attempt to help diversify the EU's energy supply, bringing gas from Azerbaijan into Turkey and Europe. This strategy is not expected to change.

"With a Biden presidency, the US will come back to the international climate action club. It will be difficult to see President Joe Biden promoting American LNG in Europe as Donald Trump did, as that would clearly be in conflict with his climate agenda," Simone Tagliapietra, research fellow at the Brussels-based Bruegel think tank, told DW.

"But this doesn't mean a change with respect to the Southern Gas Corridor, quite the opposite."

The SGC has been the largest gas project in the world since 2017. The Trans Adriatic Pipeline (TAP), the last leg of the SGC, will bring Azerbaijani gas from the Greek-Turkish border to Italy. It will be ready in mid-November, said Luca Schieppati, managing director at TAP. Preparations for launching commercial activities are on schedule.

"The Southern Gas Corridor will bring natural gas to Europe from a new source and through a new route, thus reinforcing the Continent's security and diversification of supplies,"Schieppati told DW, adding that —depending on market conditions — TAP could double its capacity to 20 bcm (billion cubic meters) per year with minor modifications to the system.

According to Schieppati, gas from Azerbaijan is expected to make up around 30%, 20% and 12% of domestic gas demand in Bulgaria, Greece and Italy respectively. The project will increase Greece's gas transit role to southeastern Europe and make energy prices in Italy more competitive.

SGC and the Balkans

The pipeline is also promoting the gasification of the Western Balkans, currently dependent on locally-sourced coal. "TAP facilitates the prospective gasification of Western Balkan countries lacking a commercial gas sector, like Albania, Kosovo and Montenegro, as well as of markets with extremely modest demand profiles of less than 0.5 bcm per year, which remain solely dependent on Russia, like Bosnia & Herzegovina," Mariana Liakopoulou, energy security research fellow with the NATO Association of Canada, told DW.

Liakopoulou adds that TAP incentivized other gas projects in the region, like the yet-to-be-developed Ionian Adriatic Pipeline from Albania to Croatia, and the Krk LNG terminal in Croatia, which should be operational in January 2021. The SGC also paves the way for new gas infrastructure investments from Greece to Hungary.

Experts see the war between Azerbaijan and Armenia as a significant risk factor, but Liakopoulou doesn't consider an imminent halt in gas flows likely "at this point."

"If current Nagorno-Karabakh fighting escalates to the point where SCP, running north from the military conflict area, is impacted, what will be at risk is Azerbaijan's status as a reliable gas exporter to Europe." According to Liakopoulou, the risks for transit countries like Turkey and Greece are relatively limited "due to the strong commercial rationale of the SGC." 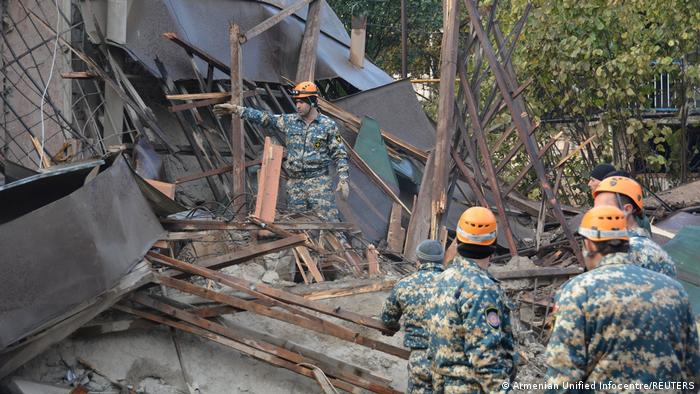 Rescuers remove debris following a shelling during the Nagorno-Karabakh conflict

Turkish gas infrastructure has developed rapidly over the past decade. The country now has the biggest electricity and gas market in the region. Historically, it imported gas only from Azerbaijan, Russia and Iran. But the share of LNG is increasing dramatically.

The TANAP pipeline, the second leg of the SGC, is fully completed and already operational for the Turkish market. "TANAP aims to reach a 31 bcm-per-year capacity in 2026 and thus will be the fourth main artery to carry gas to the EU," Turkish diplomatic sources said.

"The total gas [volume] coming via Turkey by mid-2021 would be 25.75 bcm/y if both of the pipelines can get fully operational and utilized at maximum capacity. This total makes up 5.3% of the EU's gas consumption according to 2019 data,” GuerkanKumbaroglu, professor at Bogazici University, told DW. 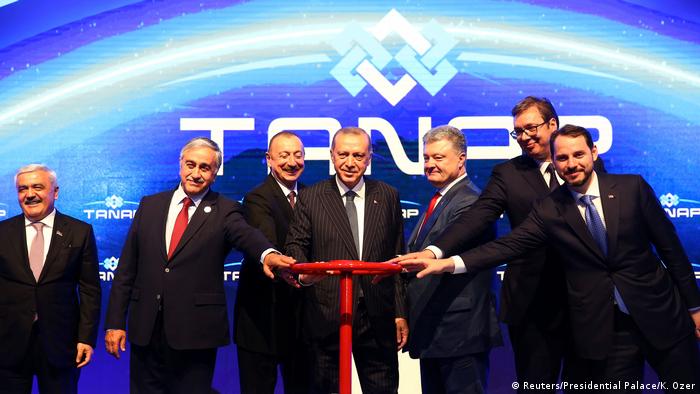 The Turkish role in EU gas markets, though, will not be anywhere near Ukraine's level before 2011, that is before Nord Stream 1 was officially opened. Turkey and Germany are partially replacing Ukraine, which is now buying gas from EU countries, and not from Russia. As a result, gas will be increasingly traded in the EU and Turkey, also for consumption in Ukraine.

"The relationship between Turkey and Ukraine has been strengthening recently, and Turkey's changing role in the gas markets offers an opportunity to further extend the collaboration with Ukraine," Kumbaroglu said, arguing that the SGC and TurkStream should result in more competitive gas trading in Turkey.

"The vision of a competitive marketplace for gas should be a major motivation for both Turkey and the EU to strengthen ties."

Russia is pushing for a new gas pipeline running through Bulgaria that could supply Western Europe with energy. But does the TurkStream 2 proposal threaten to strengthen the Kremlin's influence over the European Union?