South Korean conservatives poised to hold majority in elections | Asia | An in-depth look at news from across the continent | DW | 12.04.2016 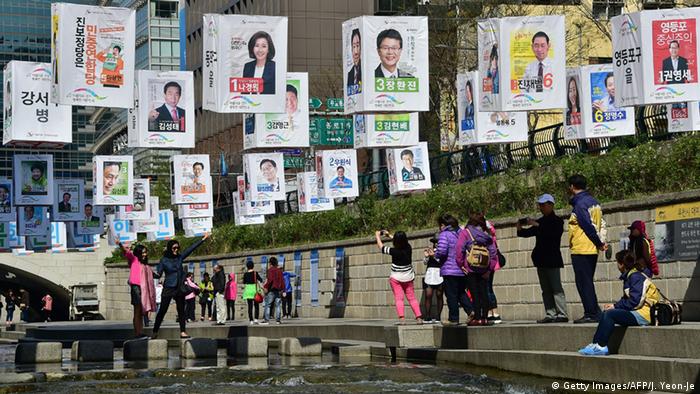 DW: Fours years ago, the conservative Saenuri Party of President Park Geun Hye won a majority of seats in South Korea's single-body parliament. Can they expect another victory this time around?

Stefan Samse: Polls over the last few months have shown the Saenuri Party in the lead. But it has lost sympathy as a result of intense internal disagreements over the nomination of its candidates. What effect this will end up having is hard to guess, especially as poll results cannot be released in the six days before the election. In my estimation, the Saenuri Party will finish in front, though not too far ahead of the competition.

Which issues has the Saenuri Party focused on in its campaign?

It has placed an emphasis on the above-average level of unemployment among teenagers and young adults - especially young academics - as well as on slowing economic growth. The Saenuri Party has pledged support for the country's large conglomerates, such as Samsung, Hyundai and LG, and it has put forth reforms that aim to strengthen small and medium-sized businesses. 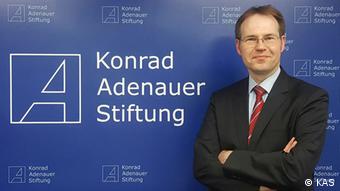 Stefan Samse: 'In my estimation, the Saenuri Party will finish in front, though not too far ahead of the competition'

Rising life-expectancy and a growing elderly population have also been key topics in the campaign as a whole, and especially for the Saenuri Party.

The North Korea question is also important. Party representatives reacted strongly against Pyongyang's recent weapons tests, an approach that has appealed to a wide majority of voters.

And what are the central concerns of the opposition?

The discussion around a fairer distribution of financial resources is growing in importance. A particularly contentious question is whether South Korea, after two decades of economic advancement, can manage a more robust welfare state. The largest opposition party, the Minjoo Party of Korea (MPK), has sought for example to outbid Saenuri on promises for old-age social security. They have yet to convince voters though of the financial soundness of such proposals.

The MPK has put forth proposals to strengthen the median income, borrowing from the Saenuri Party. This isn't too surprising, as the chief economist of the conservatives during the 2012 election later signed on with the MPK.

North Korea is the number one topic on a daily basis in the South Korean media. But on the campaign trail, it is only a part of a more general debate about internal and external security. In this area, looking at surveys and the public mood, the opposition can hardly steal any ground from the ruling party.

Can the results of the parliamentary elections also be viewed as an assessment of President Park's administration?

If the elections had been held a year ago, they may have sent a clear message for Saenuri. But the current election will speak more to the looming presidential election, to be held next year. Potential candidates will begin to position themselves after Wednesday. No clear favorite to succeed President Park has emerged yet within the Saenuri Party. But there has been fierce speculation that the outgoing Secretary-General of the United Nations Ban Ki-Moon will throw his hat in the ring.

Stefan Samse is director of the Konrad Adenauer Stiftung's Korea Office in Seoul.

News reports from South Korea claim that a high-ranking North Korean spy has defected. But similar stories in the past have been discredited, and this one, coming days before an election, deserves scrutiny as well. (11.04.2016)

All quiet on the Korean border

While tensions between North and South Korea rise to a fever pitch, it is life as usual for those living along the heavily militarized border. Fabian Kretschmer reports from the South Korean island of Ganghwa. (16.03.2016)

North Korea warns of pre-emptive 'blitzkrieg strike' against the South

North Korea has threatened to launch an indiscriminate "pre-emptive nuclear strike of justice" against Washington and Seoul. The warning came as the US and South Korea carried out their largest-ever joint landing drill. (12.03.2016)