South Korea struggling to control resurgence of coronavirus | Asia | An in-depth look at news from across the continent | DW | 28.08.2020 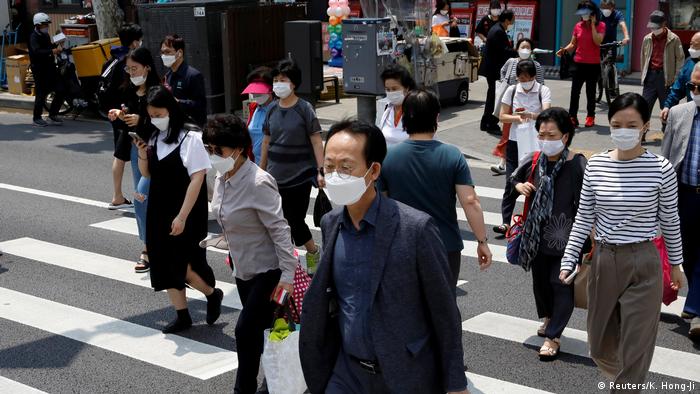 New cases of the novel coronavirus are hovering around six-month highs in South Korea, with health authorities responding on Friday by extending tougher social distancing measures in the capital Seoul for another week, although other experts are calling for even more drastic measures to halt the further spread of the illness.

South Korea's battle with the virus is being hampered in part by the refusal of some churches to heed requests to halt face-to-face religious services until the crisis is under control, compounded by a three-day strike by doctors. Analysts also say, however, that the government was "over-confident" that it had the crisis under control after it won plaudits around the world for its response to the original outbreak in the spring.

Health officials reported 441 new cases across the country on Thursday, the highest daily figure since March. That figure fell to 371 additional cases on Friday, although the daily total has remained in triple figures for more than two weeks. The majority of new infections are in Seoul and the surrounding region, home to more than half of the nation's 51 million population.

The spike in cases comes about two weeks after social distancing regulations were relaxed and churches were able to resume large-scale religious services, and the government decreed an extra holiday to commemorate the 75th anniversary of liberation from Japanese rule on August 15.

As is customary, the anniversary is marked with gatherings and protests in central Seoul's Gwanghwamun Square. This year, tens of thousands of people from different political factions, labor unions and other groups mingled in the square.

"I think the government got a little bit self-congratulatory, a little bit laid back after its initial success," Rah Jong-yil, a retired diplomat who lives in Seoul, told DW. "They were applauded around the world for their swift action and for getting the problem largely under control, but I think that changed when they relaxed in mid-August."

As well as easing the rules, the government has been attempting to assist the domestic economy and has handed out hundreds of thousands of discount coupons for hotels, cinemas and restaurants. Inevitably, Koreans who have not been able to travel overseas for their summer holidays this year have tended to congregate in limited areas, helping the virus to spread, Rah said.

Daniel Pinkston, a long-term resident of Seoul and a professor at the local campus of Troy University, told DW that there has been widespread criticism of religious groups that have refused to heed the government's repeated pleas to protect their congregations by holding online worship.

"A lot of the smaller churches are very conservative and have smaller congregations, so they need people to be attending church and making donations," he said. "That means there is a lot of pressure on them to get people back into pews. They say it is their right to do exactly that, but it is now very clear that these churches are the source of hundreds of infections."

Read more: South Korean FM on the coronavirus: 'We have to live with this risk'

The Sarang Jeil Church has reported 959 coronavirus cases and health authorities have linked additional infections in 23 other locations around the country to members of the church. The pastor of the church, Jun Kwang-hoon, has consistently refused calls from the government to halt face-to-face services — despite testing positive for the virus himself.

South Korean President Moon Jae-in has appeared increasingly frustrated at the defiance of the church and has threatened legal action on the grounds that tackling a nationwide health crisis trumps a person's right to worship in a church.

The resurgence in infections is increasingly affecting every part of daily life across the country. The National Assembly was shut down on Wednesday after a reporter covering the government was infected. The entire complex is presently being disinfected and the government is due to return to work on Monday. 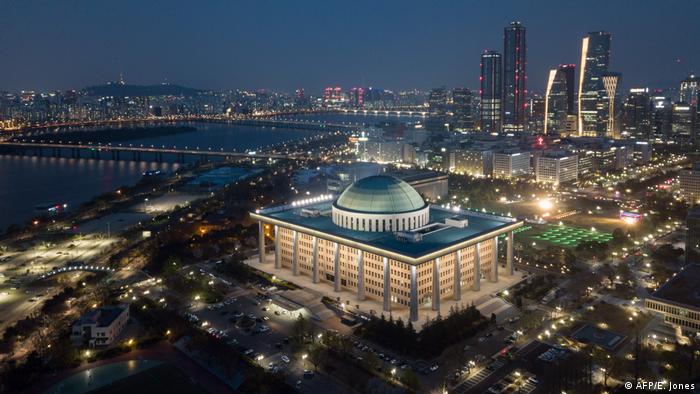 The Education Ministry has reported that 7,032 schools across the country have been shut down as a safety precaution, with many shifting to online classes. Similarly, businesses are encouraging staff to work from home if possible and not to commute to their offices. Parts of Seoul's public transport system have also been affected after at least two municipal bus drivers tested positive for the virus.

The crisis has arguably been more acute since thousands of doctors walked out on Wednesday for a three-day nationwide strike, leaving many hospitals and clinics short of staff. The strike has been condemned by the government, which has issued a mandatory return-to-work order and threatened doctors with prison terms.

"I don't know why the government chose this time to start this argument with the doctors, but it's worrying," said Rah. "My understanding is that there is no shortage of doctors in South Korea, but that they are very much concentrated in Seoul as that is where the pay and opportunities are best. What they need is for more doctors to be in smaller towns around the country."

Local authorities are making the wearing of face masks compulsory and gatherings of more than 10 people have been banned, although the national government is hesitant about imposing still tighter restrictions on public movement and businesses as the impact on the lives of residents and the economy is likely to be severe.

The government may nevertheless be forced to impose stricter restrictions if cases continue to increase, especially as the region begins to move into the cooler autumn months, when it is feared the virus will become even more active.