The verdict against Choi Soon-sil sets the stage for a longer jail term for Park, who is facing similar charges in a separate trial. The court also ordered immediate arrest of Lotte group boss Shin Dong-bin. 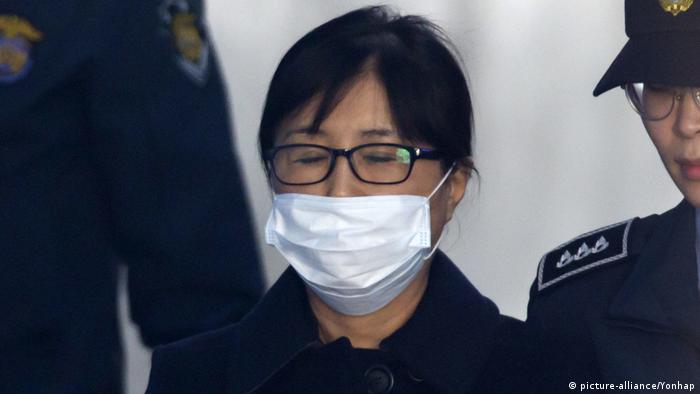 A court in Seoul on Tuesday sentenced Choi Soon-sil, a confidante of former South Korean leader Park Geun-hye, to 20 years in jail after she was found guilty of abuse of power and receiving bribes from South Korean conglomerates, including Samsung and the Lotte Group.

Choi, who is known to have wielded considerable influence in the government even though she held no official position, was accused of collaborating with Park, who is facing almost similar corruption charges in a separate trial.

Park, who was removed from office last March after becoming the first Korean president to be impeached, denies any wrongdoing in the influence-peddling scandal that rocked the country's business and political establishment.

Reading out the verdict, the judge said Park "abandoned constitutionally-given responsibility and gave position and power to others" and that Choi used her position "to monopolize state business and seek personal gain."

Choi's lawyer, Lee Kyung-jae, said she would appeal the verdict, saying he was concerned that his client's "severely heavy sentence" came from "the judges forming their impressions straight from the prosecution's arguments." 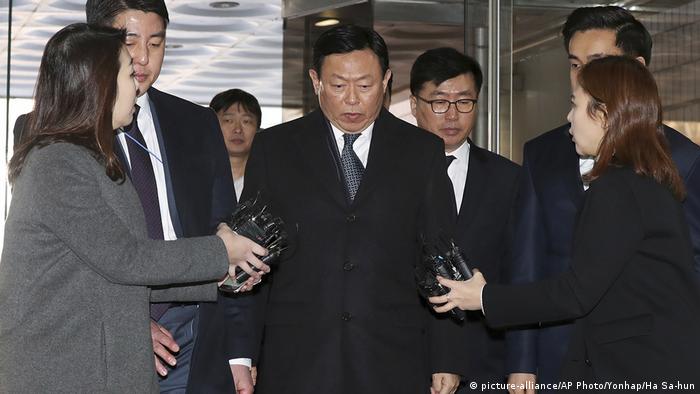 Shin dong-bin, who was present in the courtroom at the time of the verdict, was taken into custody.

The court also ordered the immediate arrest of Shin Dong-bin, the chairman of Lotte, the country's fifth-largest conglomerate, after sentencing him to 30 months in prison on Tuesday.

Shin, who was present in the courtroom at the time of the verdict, was taken into custody.

He was accused of giving a foundation backed by Park and Choi 7 billion won (€5.2 million, $6.5 million) for favors such as a duty free store license, a charge that he denied.

Lotte said its chairman's conviction was "unexpected" and could affect the public listing plans of the retail giant's Hotel Lotte unit.

"The situation was unexpected and we are in despair. We respect the court's decision, but the result is very regrettable." Lotte said in a statement.

Lee was accused of giving some of the bribes that Choi was charged with receiving.

But the appeals court last week said Lee's bribe-giving was a "passive compliance to political power," hinting at a wrongdoing on the part of Park and Choi.

Park is currently in prison. A verdict in her trial is expected before her detention period ends in April.

The chairman of retail giant Lotte has been charged over the graft scandal that brought down the country's leader. Ousted President Park Geun-hye has also been formally indicted. (17.04.2017)

After her impeachment, South Korean President Park Geun-hye is both a perpetrator and a victim. Her future is uncertain as the country begins to recover from a political scandal. Fabian Kretschmer reports from Seoul. (09.12.2016)

The Constitutional Court in Seoul has upheld the decision to remove President Park Geun-hye from office following a corruption scandal. A new election will have to be held within 60 days. (10.03.2017)