Despite recent efforts to curb abuse, students in Bangladesh, India and Pakistan still face violence in classrooms. Some laws have been passed to ban the practice, but advocates say legal efforts are still not enough. 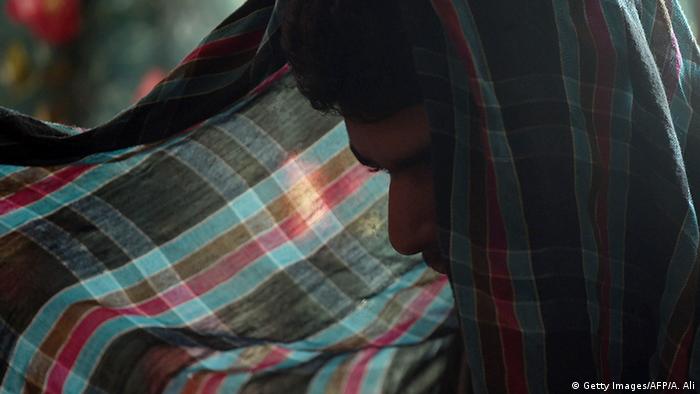 A video of a madrasa teacher whipping a student mercilessly on his birthday recently went viral in Bangladesh. The 8-year-old had reportedly tried to leave the compound to spend time with his mother, who had visited him that day with birthday gifts. The viral incident, which took place in the southeastern port city of Chittagong, shook the country and later led to the arrest of the teacher.

Many social media users in the Muslim-majority country pointed out that the incident is not an isolated event, but rather a reminder of a barbaric practice that has taken place in Bangladesh across several decades.

Madrasa students suffer the most

Although the survey didn't specify the ratio of punishments between public schools and madrasas, or religious schools, Helal Uddin Ahmed, a child psychiatrist at the National Institute of Mental Health in Dhaka, thinks madrasa students face more physical punishment than regular school students.

"What I have learned from my experience is that madrasa students mostly face physical punishment. On the other hand, school students face more psychological punishment," Ahmed told DW.

He added that the students who face corporal and psychological punishment in educational institutes often become depressed and fearful.

"They often grow up with a negative mentality and suffer from an inferiority complex. A child's psychological growth can be hampered because of the abuse, and they can become aggressive over time," he said.

In 2011, in the wake of a series of reports of brutal canings of students that led to critical injuries, the Bangladeshi government banned all types of punishment in educational institutions, calling it "cruel, inhumane and humiliating." The order covers all schools, including madrasas. However, the practice still continues a decade later.

Sanjana remembers incidents where students committed suicide in the past after being humiliated by teachers. She thinks the government needs to do more to stop such child abuse.

Ishrat Hasan, a lawyer and human rights activist based in Dhaka, said she sees a gap between existing laws and total prohibition of physical punishment.

"Corporal punishment is not totally prohibited in our country," Hasan told DW. "However, the 2013 Children's Act can be used to punish a person for physically assaulting a child," she said. "This act should be amended with some specific provisions to ensure justice for corporal punishment in educational institutes."

In India, the treatment of children in schools has also been debated for several years, as students face similar punishments to what they face in Bangladesh, despite efforts to reform the system.

Many Muslim parents in India send their children, mostly males, to the madrasas to learn adab or etiquette, along with the foundations of Islam. Quality education remains a scarce commodity in India, and for poor parents, madrasas offer free education and, in most cases, free boarding.

"When I was a child, I was initially educated in the Madrasa Islamia Arabia in my native village, Dumri, in northern Bihar. There was an incident in which I was beaten up by the teacher because I could not memorize a lesson," Irfan Ahmad, a senior research fellow at the Max Planck Institute for the Study of Religious and Ethnic Diversity in Germany, told DW. "I was also beaten up in secular government schools, where I studied later."

Abuse is commonplace, as free education with little oversight often leads to a lack of accountability.

"The change has to come from within the community," said Ahmad.

Recognizing the problem of some teachers beating students, Ahmad said it would be incorrect to make sweeping generalizations about madrasas across South Asia.

"The practice of beating is not exclusive to (Islamic) madrasas because it equally exists in Hindu, Parsi, Christian, modern and government schools," he added.

India: Speaking out against harassment of domestic workers

Students beaten to death in Pakistan

In Pakistan, many students also face brutal treatment, with minimal progress made over the last years. Some student beatings have resulted not only in injury, but also in death.

Muhammad Afzal, 54, says he can't forget the day in February 2019, when his eldest son, Junaid Afzal, died after being beaten by a madrasa cleric. He said his son had been studying in his village school close to the town of Lala Musa in Punjab, "then some of his school friends decided to join a madrasa in Lahore. Junaid also insisted on joining them," Afzal told DW.

"So, I sent him in the hope that he would bring blessings after learning the Quran by heart, but instead I received his body, turned blue because of excessive beating by the cleric."

Clerics hold heavy influence in Pakistan, and even police are reluctant to register cases against them. Afzal said it took three months to register his son's case against the cleric who beat him.

The government last month passed a bill banning corporal punishment, but Mehdi Hasan, the former chairman of the Human Rights Commission of Pakistan, believes the government still hasn't taken enough action, due to the fear of backlash from clerics.

"Clerics think beating children while teaching the holy book is not bad, but good," Hasan told DW. "The government is afraid of their influence."