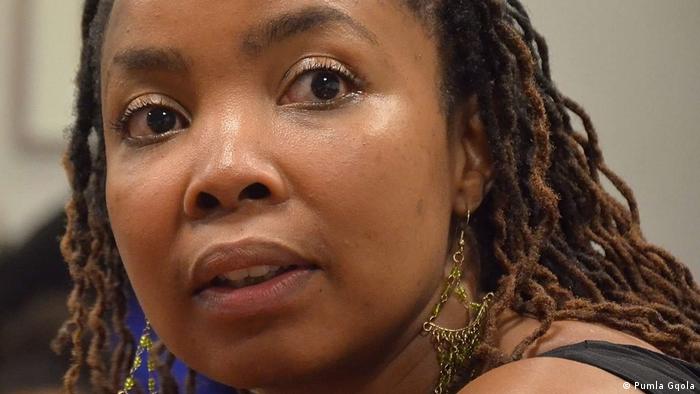 Author and activist Pumla Gqola was 21-years-old when the first post-apartheid elections were held in South Africa a quarter of a century ago. Now a professor of literature at Fort Hare University, the daughter of academics remembers her upbringing in apartheid Africa.

Walking on the streets as a black person meant being subject to random stops and searches and the constant threat of violence. The long car trips that she and her family would take to visit family would involve packed lunches eaten on the side of the road. As a child, it felt like an adventure, but as an adult she realized the sinister truth — black Africans were not allowed to eat at the restaurants they passed.

On the day of the first post-apartheid elections in 1994, Gquola remembers going to vote with her family. There was excitement at the prospect that slogans such as "liberation in our lifetime” could become a reality. Yet not everyone was convinced that the apartheid powers, with their vast economic resources, would concede so easily.

"I think those of us who really believed in the project that this was the right way to change this country, I think we under-estimated that critique that said too many compromises had been made," Gqola told DW during a recent interview.
Read more: A primer for democracy in Africa

Gqola pointed out the country's economic struggles, including poverty in black communities and unfair land rights which continue to plague the country on the eve of this quarter century since South Africa launched its democratic project.

"But I also disagree completely with young people who say nothing has changed. I mean as messed up and as flawed as it is, it's not the country I grew up in," she said. 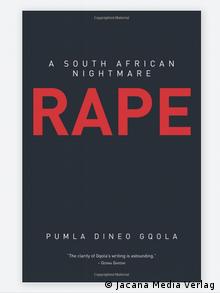 'Should all writers be feminists?'

During the first weekend in April, Gqola was in Berlin for the African Book Festival, where she spoke on a panel titled "Should all writers be feminists?" in response to the famous essay by Nigerian author Chimamanda Ngozi Adichie "We Should All Be Feminists." Gqola has no qualms about referring to herself as a feminist, and in her writing she writes "black woman" as "Blackwoman," the single word her way of describing how feminism to her is intersectional. "I don't walk down one day as a black in the world and another day as a woman in the world, I'm always walking down the road and living my life as these things at the same time."

As one of South Africa's most well-known feminist literary voices, Gquola is an involved activist and has written books focusing on feminism and women's rights. Her fourth and most personal book is titled Reflecting Rogue: Inside the Mind of a Feminist, while her third book, Rape: A South African Nightmare, examines famous cases, such as that involving ex-president Jacob Zuma. It also explores why her country is losing the battle against the crime.

In Berlin, she and panel members, sci-fi author Fred Khumalo from South Africa and author Sefi Atta from Nigeria and the US, discussed feminism on the African continent.
Read more: Chimamanda Ngozi Adichie fires up Frankfurt Book Fair 2018 opening

When it comes to women's equality, South Africa is rife with contradictions, said Gqola. There are, she points out, a high percentage of women in positions of power and a very vocal feminist presence.

"I always took it for granted that we have higher numbers than in many countries, that we have been raised to believe that we've had much more successful feminist movements." Running counter to that notion are the high levels of what she describes as "routine violence against women across the country." 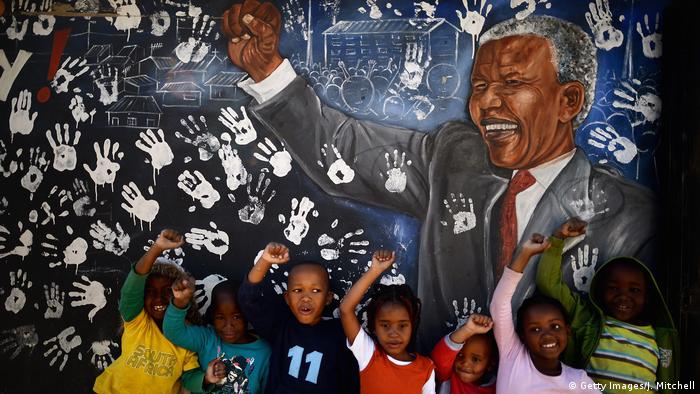 Children in Alexander Township in Johannesburg, South Africa pose next to a painting of Nelson Mandela, the leader of the anti-apartheid movement.

"I think it's the continuation of an older unsuccessfully interrupted narrative," said the author. She pointed out the gang rapes that took place in townships across the country in the 1980s. "These public performances of gender violence are nothing new."

What is new, she thinks, is the realization that "in the making of our democracy we imagined too hastily that progressives, men who were progressive on race and maybe on class were as likely to be progressive on gender and I think that has been a big disappointment."

Read more: Tsitsi Dangarembga, the author behind one of the '100 stories that shaped the world'

For Gqola, a bookworm since childhood, literature has been the driving force behind her identity. "I completely believe my ideas about bodies, sexual and gender identity beyond that theory and involvement has really been radicalized primarily through what I have read," she said. That, she believes, plays a big role in achieving democracy. It's the reason why she chose to become a professor of literature instead of opting for another subject.

"I come from a country and a continent where liberation movements very explicitly make the connection between works of the imagination and freedom, whether its anti-colonial freedom, apartheid, and I don't think that's an accident. I think that the relationship to freedom has to be imagined."

The Nobel laureate and South African author Nadine Gordimer has passed away, according to her family. The literary icon used her craft to shed light on the social and psychological tensions created by apartheid. (14.07.2014)