A fraction of South Africa's white population lives in poverty similar to that of many of the country's black township residents. They are grappling with the same problems, reports Sertan Sanderson from Munsieville. 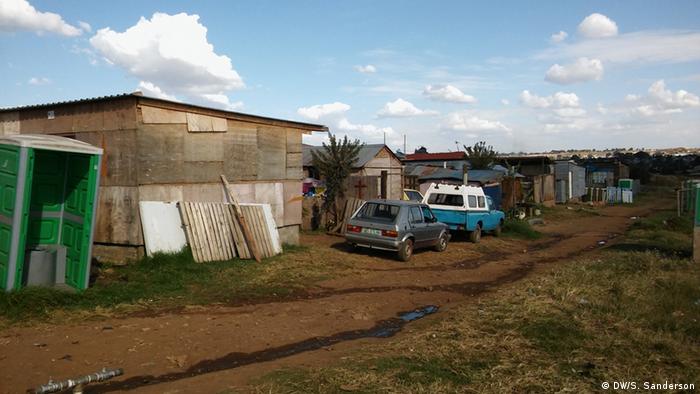 The red dust of South Africa's Highveld region hangs like haze over Munsieville, an hour northwest of Johannesburg. Barefoot children play with whatever they can find in front of the shanties in which they live. Idle adults sit on stools in front of their shacks; it just gets too hot inside. This was a common scenario for black families during South Africa's decades of apartheid.

For many, living conditions haven't improved since the country declared statutory equality in 1994. Leigh Du Preez, the founder of the South African Family Relief Project (SAFRP), says that policies designed to redress decades of enforced inequality have not had the intended effect. But she is not talking about black families: Du Preez says more and more white people have been left unemployed and hungry, having to fend for themselves amid growing racial tensions.

"We are losing our jobs because of the color of our skin, because we're white," Du Preez tells DW. 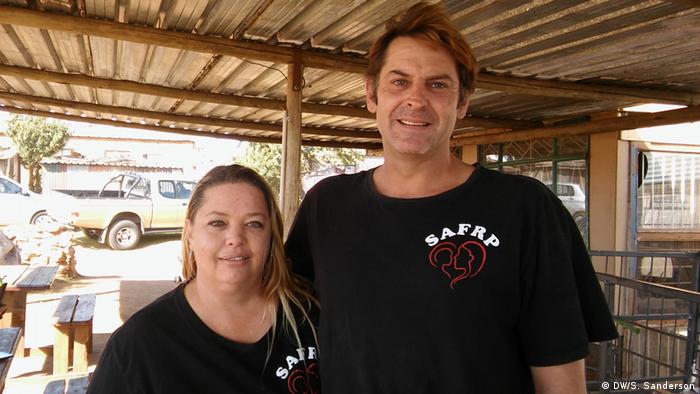 Less than 10 percent of South Africa's population is white, according to the 2014 census, and less than 10 percent of whites live in the kind of poverty that the SAFRP works to address. Thus, it is hardly surprising when Du Preez says there is little awareness about the issue of growing white poverty; she says the black population receives all the attention and aid.

"People think that this can't be true, but this is how my people live," Du Preez says, as she goes door to door in the Munsieville squatter camp, listening to the frustrations of residents.

Built on a former landfill, the camp is SAFRP's biggest project, Du Preez says, with more than 300 families living in close quarters.

"There was nothing at all here before. There was no sanitation, no water, no electricity. Now there's one portable toilet for every three families. It stinks everywhere," she says, adding that the unsanitary conditions have led to outbreaks of bronchitis, pneumonia and chicken pox. 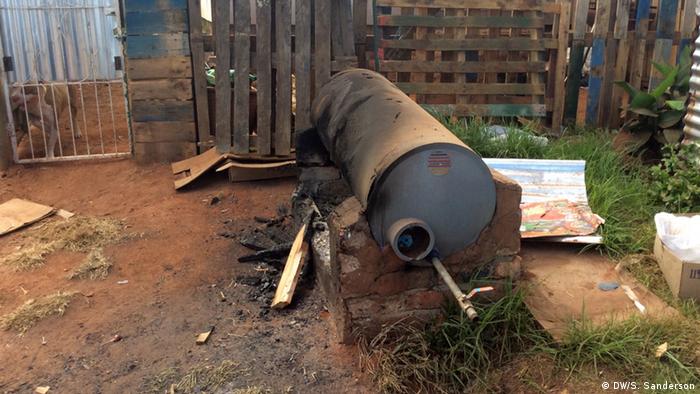 It's not that the lives of the white camp residents in Munsieville are worse than those of the black community. On the contrary, the vast majority of black township residents are also struggling to survive.

"They are all trying to make this place as livable as possible, with whatever little they have," says Marius Du Preez, Leigh's husband.

From riches to rags

When Marius lost his job a few years ago, the Du Preez family almost ended up in a squatter camp like Munsieville: "If it wasn't for friends and family this would have been our reality," Leigh says. "So I felt compelled to give something back. The government does nothing for us. We have to help our own people."

She is proud that SAFRP gets donations from both blacks and whites. Most, however, come from abroad, she says. 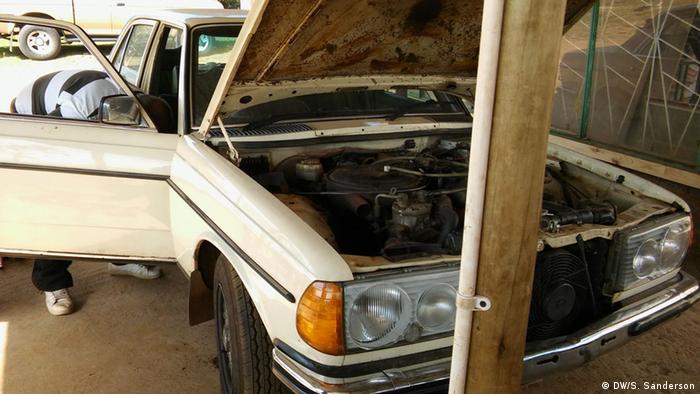 "Sometimes you have to lose everything to get back up on your feet again, to appreciate what you have," says Estelle Floot, one of the recipients. She says her husband lost his job when his company changed ownership and became "BEE compliant," referring to the "Black Economic Empowerment" government initiative designed to hand the majority of jobs to the "previously disadvantaged," as the black community is called.

The couple and their children share a shack with their friends Alfonso Ferreira and Christina Du Toit.

"We're not going to stay here forever, but this BEE, it is killing us," Alfonso Ferreira says. "If you make peace with living here and with the conditions, you get stuck. But if you work hard to get out, you will get out one day."

Fifteen-year-old Irene van Niekerk may be on her way. A competitive runner, Irene, has won 32 medals in championships throughout the region. The community has great hopes for "the squatter camp runner," as she is called. 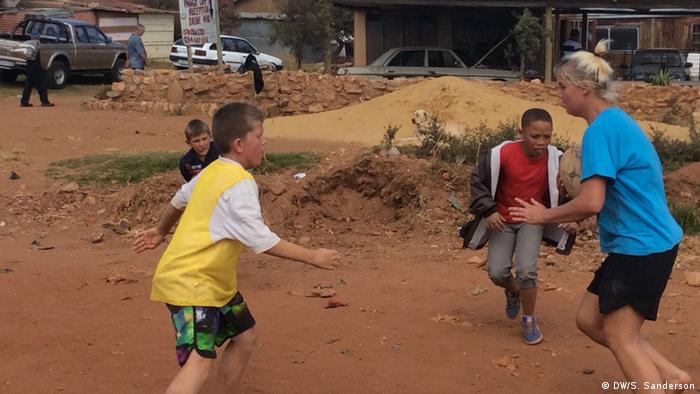 It wasn't long ago that Irene chased away a foreign reporter who had suggested poor white people might deserve to be in dire straits after benefitting from decades of apartheid rule. Du Preez has heard that argument before: "I can understand when foreign people say those things about us. But they don't understand that apartheid wasn't about [creating] poverty. It was about power and control, and yes, it was bad.

"But we have more black squatter camps under the current government than we ever did under apartheid," Du Preez says. "Plus, we have all these white squatter camps as well. How is that better?" 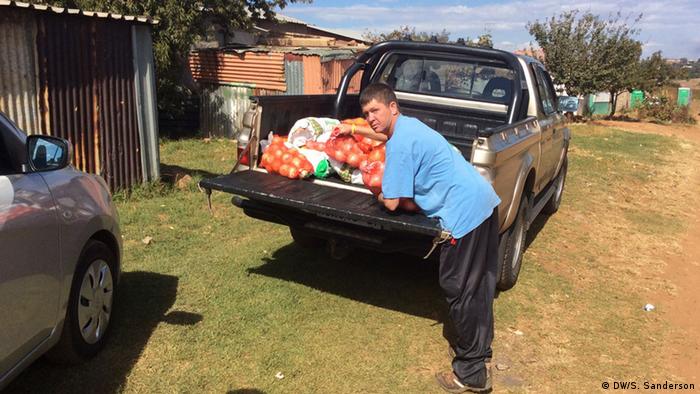 The charity also receives food and clothing donations, especially to tide impoverished communities over during winter

Du Preez explains there are almost 500 informal settlements of white people across South Africa, asserting that "no one will help them." Her frustration with the government appears only to be eclipsed by her will to improve people's lives. She says she fears South Africa is "going the same way like Zimbabwe," referring to President Robert Mugabe's policies of land reform, which have left many white people without a source of income after handing farms over to black ownership.

"Nelson Mandela said that Africa would never see apartheid again. Now we are reliving the same thing again, but finding ourselves on the other side."

Half a century ago, South Africa's apartheid regime declared Cape Town's District Six a white-only area. After its multiracial community was forcefully dismantled, efforts to rebuild it have been painfully slow. (10.02.2016)