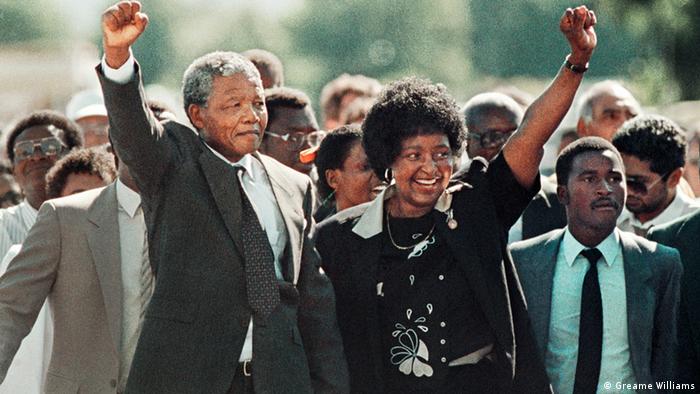 Finally free: Mandela after his release from prison in 1990

His fight against apartheid and racial segregation lead to the vision of South Africa as a rainbow nation in which all people were to be treated equally regardless of color.

Speaking in 1990 on his release from Pollsmoor Prison after 27 years behind bars, Mandela said "I have fought against white domination and I have fought against black domination. I have cherished the idea of a democratic and a free society in which all persons live together in harmony and with equal opportunity. It is an ideal which I hope to live for and to achieve. But if need be, it is an ideal for which I am prepared to die." 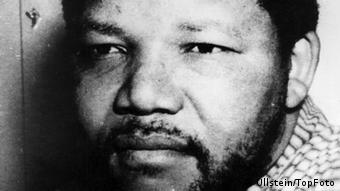 In his university days Mandela was a ringleader of student protest

Fortunately, he was never called upon to make such a sacrifice and the anti-apartheid campaign did produce results. A ban on mixed marriages between whites and people of color, which was designed to enforce total racial segregation, was lifted in 1985.

Mandela was born on July 18, 1918. His father Gadla named him "Rolihlahla," meaning “troublemaker” in the Xhosa language - perhaps an early inkling of his ability to foment change.

Madiba, as he is affectionately known by many South Africans, was born to Gadla Henry Mphakanyiswa, a chief, and his third wife Nosekeni Fanny. He grew up with two sisters in the small rural village of Qunu in South Africa's Eastern Cape Province.

Unlike other boys his age, Madiba had the privilege of attending university where he studied law. He became a ringleader of student protest and then moved to Johannesburg to escape an arranged marriage. It was there he became involved in politics.

In 1944 he joined the African National Congress (ANC), four years before the National Party, which institutionalized racial segregation, came to power.

Racial segregation triggered mass protests and civil disobedience campaigns, in which Mandela played a central role. After the ANC was banned in 1961, Mandela founded its military wing "Umkonto we Sizwe" (The Spear of the Nation). As its commander-in-chief, he led underground guerrilla attacks against state institutions.

He secretly went abroad in 1962 to drum up financial support and organize military training for ANC cadres. On his return, he was arrested and sentenced to prison. Mandela served 17 years on the notorious Roben Island, off Cape Town. 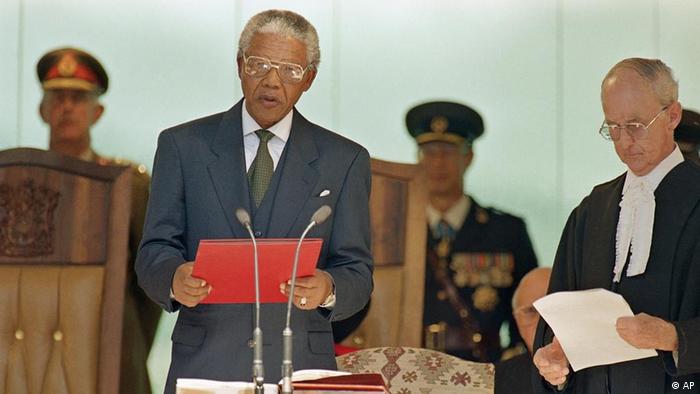 Mandela was elected as South Africa's first black president on May 10, 1994

Cell number five, where he was incarcerated, is now a tourist attraction. From 1988 onwards, Mandela was slowly prepared for his release from prison. Just three years earlier he had rejected a pardon which was conditional on the ANC renouncing violence.

On 11 February 1990, after nearly three decades in prison, Mandela, the South African freedom icon was released. He continued his fight for the abolition of racial segregation. In April 1994, South Africa held its first free election. On May 10, Nelson Mandela became South Africa's first elected black president. 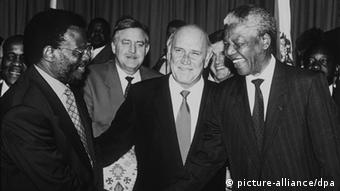 On taking office, Mandela focused on reconciliation between ethnic groups and together with Archbishop Desmond Tutu, he set up the South African Truth and Reconciliation Commission (TRC) to help the country come to terms with the crimes committed under apartheid. After his retirement from active politics in 1999, Madiba dedicated himself to social causes, helping children and HIV-AIDS patients.

His second son Makgatho died of HIV-AIDS in 2005 at the age of 54. "South Africans have fought a noble fight against the apartheid. But today they face a far greater threat" he said in a reference to the HIV-AIDS pandemic.

His successor, Thabo Mbeki, however, failed to tackle the disease with the urgency it demanded. Even Mandela himself later admitted he had not done enough to prevent it from spreading during his tenure.

The ANC slogan of 1994 - "A better life for all" - was fulfilled only for a small portion of the black elite. Growing corruption, crime and lack of job prospects continue to threaten the Rainbow Nation.

Mandela was pivotal in bringing the World Cup to South Africa

On the international stage, Mandela acted as a mediator in the Burundi civil war and also joined criticism of the Iraq policy of the United States and Great Britain. He won the Nobel Prize in 1993 and played a decisive role into bringing the first FIFA World Cup to Africa.

But, his beloved great-granddaughter Zenani Mandela died tragically on the eve of the competition and he withdrew from the public life. His health deteriorated rapidly and his decision to retire to his home village of Qunu prompted yet more speculation about his well-being.

With the death of Nelson Mandela, the world loses a great freedom-fighter and statesman. His native South Africa loses at the very least a commanding presence, even if the grandfather of nine grandchildren was scarcely seen in public in recent years.

Goldberg: Mandela was a great leader

Denis Goldberg fought alongside Nelson Mandela against South Africa's apartheid government. In this exclusive interview with DW, he talks about their joint struggle for freedom. (05.12.2013)

In 1990, Nelson Mandela was released from prison in South Africa after spending 27 years behind bars. Correspondent Subry Govender remembers reporting from Cape Town. (06.06.2013)

'An icon, not only in South Africa but the world'