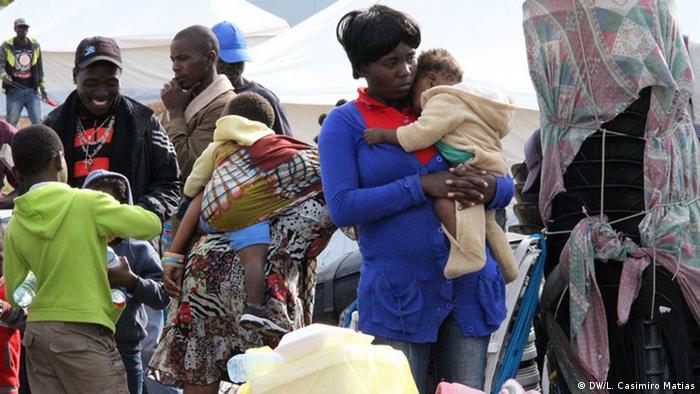 New laws in South Africa, which came into effect on January 1, prohibit refugees from participating in political activities related to their countries of origin. To do so, they will need to seek permission from the home affairs minister.

Also, an asylum-seeker who has sought protection from South Africa may not set foot on "the premises of any diplomatic mission representing his or her country of origin," the new laws state.

Under the new laws, political dissidents cannot participate in their countries' elections. They cannot either vote or be voted for in any elections conducted by their countries of origin, the gazetted laws state.

African migrants living in South Africa told DW they were taken by surprise. "We did not know about any public hearings that were conducted on this matter," Ngqabutho Mabhena, chairman of the Zimbabwe community in South Africa, told DW.

But speaking on a local Cape Town radio station, Aaron Motsoaledi said the new laws go beyond the highly publicized refugee ban. "What I have heard is just restriction of political activities," he said. "It's as if we just woke up and dropped something from the sky, which was never known about," he told popular host of the Capetalk show Kieno Kammies.

The new laws are part of the 1998 Refugee Amendment Act, which the government says had become outdated. "We realized that there were too many weak points and gaps [in the Refugee Act]," Motsoaledi said.

But Vusumuzi Sibanda, chairman of the refugee advocacy group African Diaspora Forum, said the new dispensation is "not pro-development and pro-human rights."

Home affairs minister Motsoaledi says the new regulations will prevent asylum-seekers from abusing the refugee protection systems. But critics say the new asylum laws were not only enacted to curb misuse of the system. "I see a general anti-refugee sentiment among politicians," Ralf Mathega, a South African political analyst, told DW.

"Our minister of foreign affairs calls refugees 'refugee warlords'," Mathega added. "That is a dangerous statement for a politician, who is part of the cabinet, to use such kind of classification."

South Africa is host to many African political dissidents including exiled politicians from Rwanda, Zimbabwe, and the Democratic Republic of Congo (DRC). Many are involved in political activities in the southern African nation that carry huge impacts on their home countries. 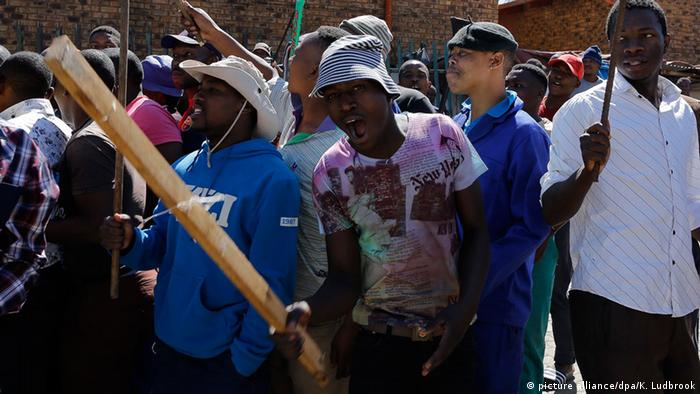 Xenophobic protests have increased in South Africa against African migrants

The refugee laws were renewed amid diplomatic pressure on Pretoria to curtail the activities of political dissidents, especially those from Zimbabwe, Rwanda, and DRC. "People tend to say that the refugees are using South Africa as a political springboard for what they are doing in other countries," analyst Mathega said.

"As a South African I am ashamed we can say that given how the world supported South Africa during the time of the liberation," he added.

Adrian Swamba, a Congolese refugee advocate, said the laws directly target political dissidents. "That law is really against those who fled persecution in their countries to South Africa."

But according to the secretary general of exiled Zimbabwean People's Party (PP), the new laws do not directly target political dissidents. "It's the interpretation Harare is giving it because it soothes their agenda," Lloyd Msipa told DW.

"It gives them a hand in pushing the same narrative when they called their own citizens enemies of the state," PP's secretary general, Msipa, said. PP's leader Walter Mzembi and some other core members live in Johannesburg.

South African analyst Mathega, however, says refugees are scapegoats for politicians. "The ramping up of the anti-refugee rhetoric within the policy framework is an excuse by the government that has failed to do lots of things that have got nothing to do with refugees," Mathega said.

"I don't think there is a specific target of Rwandans because Pretoria in my mind does not have a close relationship with Kagame, to help him flush out some of the activists that are politically active in South Africa," he said.

The leadership of the Rwandan National Congress (RNC), an exiled opposition party, which the Rwandan government regards as a terrorist organization, is based in South Africa. Kigali views the RNC as a serious security threat.

Rwanda believes RNC leader Kayumba Nyamwasa, a former chief of staff of the Rwandan army and head of the intelligence agency, had close ties to the previous South African government under President Jacob Zuma, who refused to outlaw the exiled Rwandan political party. It was part of Kigali's key demands to resume relations with Pretoria.

The Harare government also celebrated the news, local media reported. The Zimbabwean government thinks it can now go after its dissidents using those legislations, according to PP's Lloyd Msipa.
"It is complete nonsense," Msipa said. "There is a provision there that allows people to make an application to the minister. Unless we get to the point where the minister says he has rejected the application, then we are in another territory. We now have to look at international laws."

Analyst Ralf Mathega remains hopeful that the laws will be repealed. "South Africa's civil society is strong and I think they will not allow this to happen. We have a very strong constitution, a very strong culture of litigation."

Meanwhile, Swamba says himself and other refugees are considering relocating to a third country. " Our human rights are not respected in South Africa.The paper issued to refugees that offer them protection is not recognized by the authorities. It makes it difficult for refugees to find jobs or even study," he said.

"For that reason and this new law, many refugees want to leave South Africa," Swamba added.