Police in South Africa have launched a murder inquiry into the death of a former Rwandan intelligence chief whose body was found in a hotel room. A Rwandan opposition group says he was assassinated. 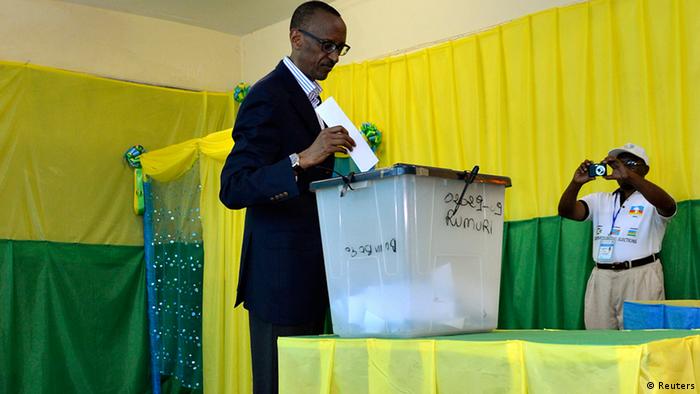 Patrick Karegeya was an opponent of Rwandan President Paul Kagame (above)

South African police say the body of Patrick Karegeya was discovered on New Year's Day on a bed in Michelangelo Towers, a hotel and apartment complex he had apparently booked in to three days earlier.

His neck was swollen and a bloody towel and rope were found in the room's safe.

"He was found in the hotel room dead on the bed," said a statement from police spokeswoman Katlego Mogale.

Karegeya, who once headed military intelligence in Rwanda, fled to South Africa in 2007 after allegedly plotting a coup against President Paul Kagame with former Rwandan army chief Faustin Kayumba Nyamwasa, who was also exiled there.

DW's correspondent in Johannesburg, Thuso Khumalo, says Karegeya was a strong critic of Kagame, whom he claimed was a dictator who was killing his opponents. 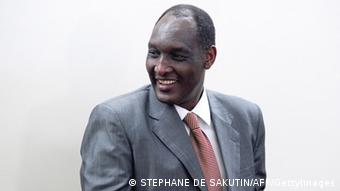 The dissident Rwanda National Congress (RNC), many of whose senior members are also living in exile, described Karegeya's death as an assassination.

"By killing its opponents, the criminal regime in Kigali seeks to intimidate and silence the Rwandan people into submission," it said.

The Reuters news agency was reporting that it was not possible to reach Rwandan Foreign Minister Louise Mushikiwabo for comment. 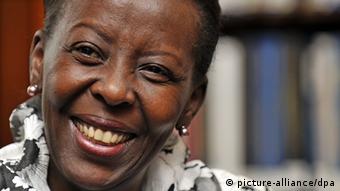 Rwandan Foreign Minister Louise Mushikiwabo could not be reached for comment

Nyamwasa, a founder member of the RNC, was shot in the stomach in 2010 as he drove into the driveway of his upmarket Johannesburg home. He survived what his family said was an assassination attempt ordered by Kagame.

Rwandan exiles from President Kagame's Tutsi ethnic group say British, US and Belgian law enforcers have frequently warned them that their government was plotting to kill them. Kagame's government has vehemently denied such charges.

Two British legislators called for Britain to review its relationship with Rwanda in 2011 when they said a 6-month-old Scotland Yard investigation led to the deportation of an alleged Rwandan assassin trying to enter Britain.

Two Rwandan exiles said they received warnings from Scotland Yard that the Rwandan government posed an "imminent threat" to their lives.

Kagame's government issued a statement then saying, "Never does the government of Rwanda threaten the lives of its citizens, nor use violence against its people, wherever they live."

In 2012, Sweden and Belgium deported Rwandan diplomats - Sweden for spying on Rwandan refugees, and Belgium for activities inconsistent with diplomatic status.