Flags across the country are flying at half-staff this week as South Africa prepares to say goodbye to the late archbishop and anti-apartheid activist Desmond Tutu. 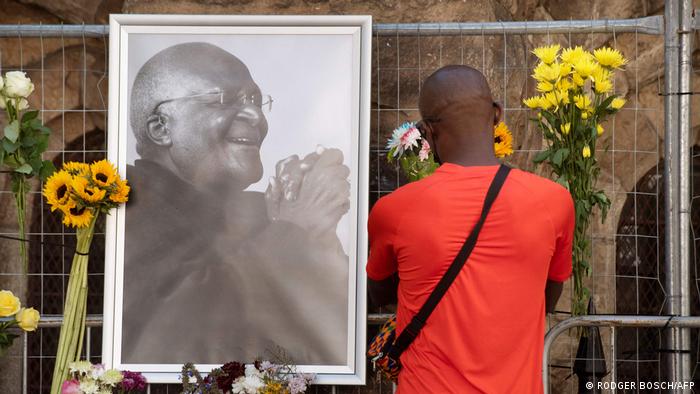 A Wall of Remembrance for Desmond Tutu has been set up at St. George's Cathedral in Cape Town

South Africa on Monday began a period of mourning for Archbishop Emeritus Desmond Tutu, a leading figure in the fight against apartheid, who died a day earlier at the age of 90.

Bells rang out for 10 minutes at midday from St. George's Anglican Cathedral in Cape Town, a tribute that is to be repeated for the next four days.

"We ask all who hear the bells to pause their busy schedules for a moment in tribute to Archbishop Tutu," said the current archbishop of Cape Town, Thabo Makgoba.

The cathedral was one place where Tutu used to deliver speeches calling on South Africans to work together to end apartheid, the system of racial segregation in place in the country from 1948 up into the early 1990s.

What else is planned to celebrate Tutu's life?

Makgoba said Tutu's body would lie in state at the cathedral in Cape Town on Friday before a requiem Mass is held on Saturday.

His ashes will be buried in a mausoleum inside the cathedral.

Makgoba said that 400 people have already indicated they wished to attend the service on New Year's Day. However, current COVID-19 rules limit gatherings at 200 people.

An ecumenical service is to be held for Tutu on Wednesday in South Africa's capital, Pretoria. 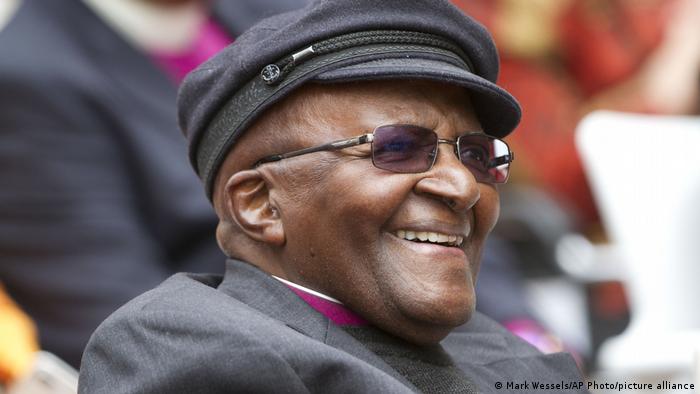 Tutu was known for his exuberant sense of humor

Mourners having been laying flowers at the cathedral, at Tutu's Cape Town home and also his previous residence in the Johannesburg township of Soweto.

South African President Cyril Ramaphosa said flags in South Africa and at its diplomatic missions would be flown at half-staff all this week.

Commemorative events are also being planned in the neighboring countries of Namibia, Botswana, Lesotho and Eswatini. 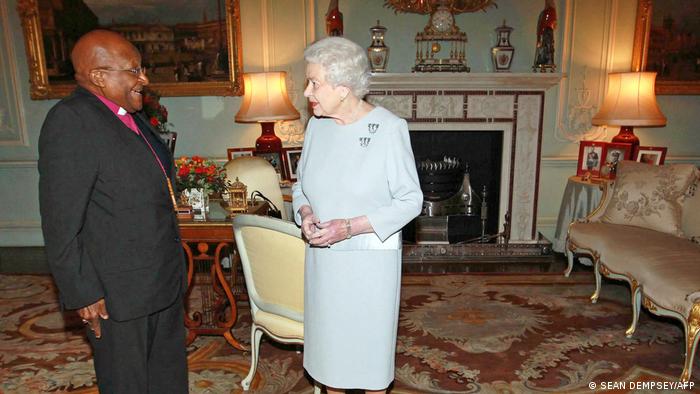 Tutu was recognized throughout the world as an influential figure

Who was Desmond Tutu?

Tutu was a leading figure in the fight against South Africa's apartheid regime, which resulted in the oppression of the country's Black majority.

When apartheid ended in 1994 and the country became a true democracy, he chaired the Truth and Reconciliation Commission, which was set up in a bid to heal the rifts caused by the gross human rights violations that had been committed over the decades.

Tutu also championed LGBTQ rights, one of the most prominent religious leaders in the world to do so.

Toward the end of his life, he also voiced support for assisted dying in certain cases, drawing both criticism and praise for his stance.

He received the Nobel Peace Prize in 1984 "for his role as a unifying leader figure in the nonviolent campaign to resolve the problem of apartheid in South Africa."

Desmond Tutu knew the 'work is not done'

One of South Africa's giants in the fight against the apartheid regime in the 20th century, Desmond Tutu remained a critical voice in the country's politics throughout his life.