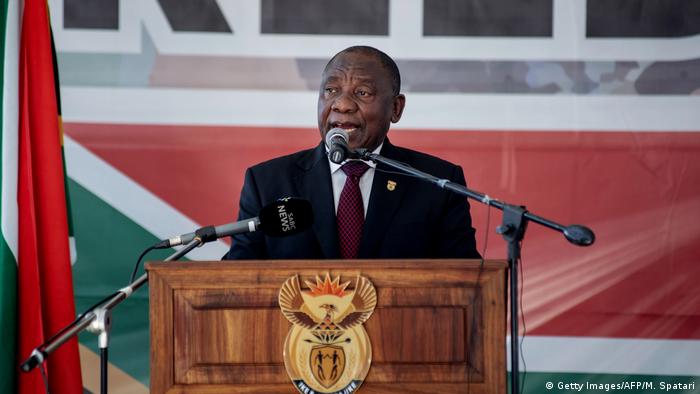 Widespread poverty and corruption mean that many South Africans are still not free 25 years after the end of apartheid, President Cyril Ramaphosa said Saturday.

April 27, 1994, marked the first time that the country's black population majority was allowed to vote in an election.

Read more: South Africa: From the ashes of apartheid

"On this day 25 years ago, we founded a new country defined by the principles of equality, unity, non-racialism and non-sexism," Ramaphosa said.

"Despite the passage of time, it is a day we remember vividly — the exhilaration of seeing nearly 20 million South Africans of all races waiting patiently at polling stations around the country to cast their ballots."

The president praised the work of anti-apartheid campaigner and South Africa's first black president, Nelson Mandela, but said that the country could not be free "when so many live without enough food, without proper shelter, without access to quality health care, without a means to earn a living."

Around 1 in 4 South Africans is jobless, an increase compared to 1994, and 20 percent of black households live in dire poverty, compared with 2.9 percent of white households, according to the Institute of Race Relations.

"As we celebrate 25 years of democracy, we need to focus all our attention and efforts on ensuring that all South Africans can equally experience the economic and social benefits of freedom," he said.

Ramaphosa replaced Jacob Zuma as president and head of the African National Congress (ANC) in 2018 after Zuma was forced out over a string of corruption scandals.

Today marks 10 years since 34 striking miners were gunned down by police in South Africa. The Marikana massacre is one of the darkest chapters in the country's post-apartheid era. Victims say they are still seeking accountability and proper compensation.