Some progress, but xenophobia still widespread in Russia | Europe | News and current affairs from around the continent | DW | 30.05.2010

Some progress, but xenophobia still widespread in Russia

Hundreds of foreign residents in Russia are victims of violent right-wing extremism every year. Authorities are taking the problem seriously, but xenophobic attitudes are widespread in Russian society. 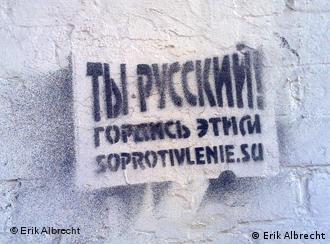 Graffitti in Vladivostok: "You are Russian. Be proud."

On an outdoor court at the University of Vladivostok, a group of Chinese exchange students are dribbling and shooting hoops in their own corner around a single net, separate from their Russian counterparts.

Here on the Russian Pacific coast, these exchange students are only 60 kilometers away from their home country, and yet Russia does not feel like home to them.

"They're afraid for their safety," one Russian student told Deutsche Welle. "That's why they spend entire days here and at the student residences." 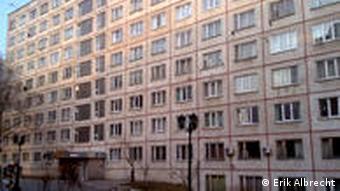 Chinese students usually only leave their dorms in Vladivostok in groups

When these exchange students do venture into town beyond the safe bubble of their dormitory, lecture halls and the basketball courts, then they only go in groups.

Right-wing extremists in Vladivostok have become more active in recent years, stoked by local mistrust of Russia's up-and-coming neighbor China as well as by worries about a weak economy and more foreigners coming into the country.

One Chinese student in Vladivostok told Deutsche Welle about her boyfriend's encounter with a gang of thugs. "About ten guys broke his nose," she said. "Just like that, without saying anything."

The young man ran away from his attackers, but according to his girlfriend, he wasn't safe again until he was back at the university.

According to the Sova Center in Moscow, an organization that researches racism and xenophobia, last year in Russia around 70 people were killed in racially motivated attacks, while more than 300 were injured. The center says that Moscow and St. Petersburg are especially dangerous places for central Asians and people from the Caucasus. However, the situation has improved and those numbers have fallen by a third since 2008.

Police and judges are now taking the matter more seriously, according to the center's director, Alexander Verkhovsky. He says special police forces have been established to tackle right-wing extremism and that they have made several arrests. 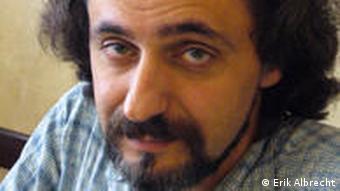 A shock for the Kremlin

However, it took Russian authorities some time to recognize the danger of right-wing radicals. For years, critics of the Kremlin felt that the government was more accommodating to extremist nationalists than it was to the country's democratic opposition.

A turning point came in 2006 when extremists led a deadly pogrom against Caucasian-owned businesses and restaurants in the small city of Kondopoga, in Russia's northwest Karelia region.

According to Verkhovsky, it was only when the Kremlin realized that it had lost control over Kondopoga for a day that the Kremlin started taking extremist nationalists seriously.

"It greatly alarmed the government," said Verkhovsky, who said the Kremlin saw the event as "a political threat."

Verkhovsky told Deutsche Welle that the Kremlin's fight against racism has deeper roots than a push to secure power. According to him, the nation's authoritarian political climate has made open discussion of the topic taboo. Based on the silence of politicians, he said, many extremists have felt that Russian society was on their side. 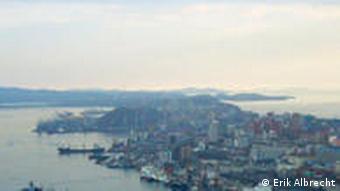 "Those who are out killing people feel they are pioneering a people's movement," he said.

In fact, extremist ideas are deeply anchored in the mindset of Russian society. According to some surveys, 55 percent of Russians want to see foreign residents – especially those from central Asia or the Caucasus – stripped of their rights or even deported, and this, despite the fact that the Russian economy depends on the cheap labor of people from these countries.

At the basketball court in Vladivostok where Chinese exchange students take refuge, many native students are certain that Pacific Russia's economic prosperity depends on China.

In an effort to combat the growing appeal of far-right politics, Russia has included Adolf Hitler's semi-autobiographical book 'Mein Kampf' in its list of literature banned for extremist content. (26.03.2010)

Racist Violence on the Rise in Russia

The number of racially motivated attacks in Russia has risen sharply. In this year alone, 72 people have died in incidents of this kind. Sociologists also blame the media in part for the trend. (08.06.2008)

Russian Skinheads on the Rampage

Right-wing violence against foreigners is on the rise in Moscow. President Putin shows concern after several foreign embassies in the Russian capital complain of being targeted. (20.04.2002)