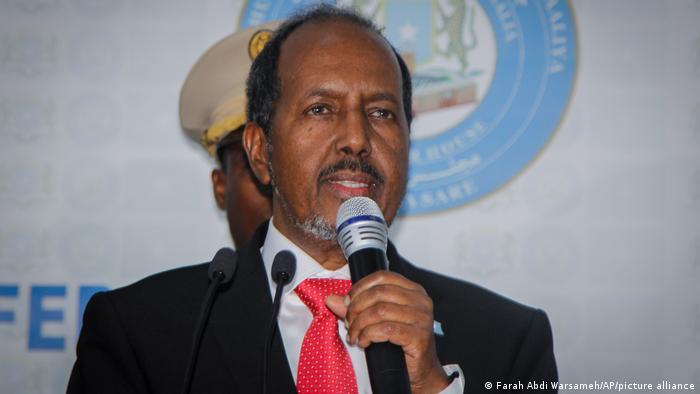 Hassan Sheikh Mohamud is the first Somali president to win a second term. After his first presidency from 2012 to 2017, he now got elected once again.

A member of the powerful Hawiye clan, Mohamud entered politics in 2011 when he founded the Union for Peace and Development Party.

His 2012 election victory raised hopes of stability for a country beset by an Islamist insurgency.

Mohamud's government at the time was the first to be given global recognition and billions in foreign aid since the collapse of Siad Barre's authoritarian regime in 1991.

Yet Somalis have not forgotten that Mohamud's first presidency was marked by corruption scandals and political turmoil.

What about political accountability?

Political analyst Mohamed Mubarak is skeptical about whether things will be better this time round.

"The incoming president used the state to enrich himself and his friends" during his first term, Mubarak told DW.

No accountability mechanisms have been put in place since then, Mubarak added, "so there is no reason to expect them to act differently this time."

Mohamud was replaced by Mohamed Abdullahi Mohamed, popularly known as Farmaajo, in 2017. It was the start of a bitter rivalry between the two politicians.

But at his swearing-in ceremony, Mohamud struck a conciliatory note, hailing his predecessor for enabling a peaceful transfer of power and promising to "heal any grievances." 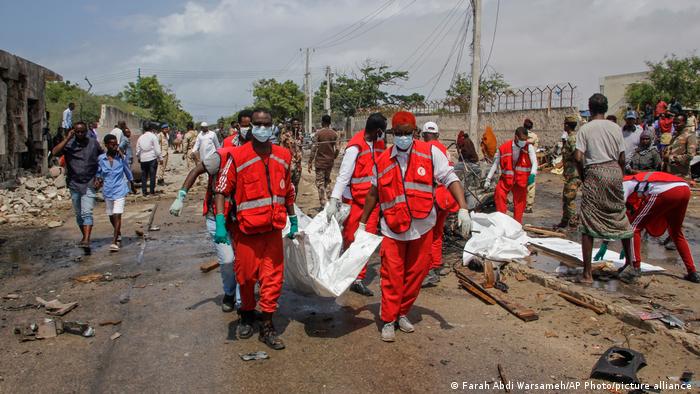 A president willing to compromise?

"Our priority is to move the country forward together and we no longer want political grievances after elections," he said.

"We want to solve all the outstanding issues through dialogue and in a peaceful manner," he added before going on to say that he will focus on political and social reconciliation.

Samira Gaid, executive director of the Mogadishu-based Hiraal Institute, who described the new president as a "technocrat" with strong analytical skills, believes that Mohamud is a man willing to take advice from others.

She said he did not have a "winner takes it all" mentality.

"If we look back at Hassan Sheikh Mahmoud's previous tenure, he seemed more open to consultation and compromise than the recent administration," Mahmood told DW.

"That's really the key step because progress on the other fronts is not going to happen unless you have political reconciliation."

Somalis hope for peace and stability

Violent protests broke out in February 2021, when Farmaajo tried to extend his rule by decree after his term ended and no elections were held.

The demonstrations plunged the country into further domestic strife and political factionalism.

Now that a clear winner emerged on May 15 in the long-delayed polls, hopes are up for calmer times ahead.

But reconciliation among Mogadishu's political elite will not be enough.

"There is still an unsettled relationship between the federal government and the member states," expert Mahmood pointed out.

"Certain states were very antagonistic against the previous government. Those allied to the former administration might find themselves on the other side of that fence."

While the new president promised not to pursue retaliatory policies, it remained to be seen how he would act "when it comes down to the issues," he said.

The election results left many Somalis with mixed feelings.

Mohamud Ibrahim, a resident of the capital, said he was somehow relieved to have a new government, after the impasse of the last year.

"That doesn't mean that I'm happy about the new leadership. I was a staunch supporter of the outgoing president Farmaajo," he told DW.

Resident Anab Abdi hopes that the election will benefit the country: "We need unity among our people to get security, peace and developments in our country." 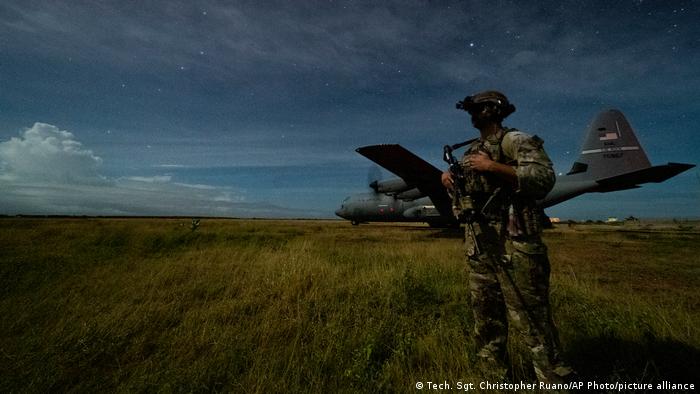 US troops are about to return to Somalia

Achieving peace after decades of violence is one of the explicit aims of the president.

"Somalia still faces a massive insurgency from the al-Shabab movement, which has exploited the electoral dynamics to really become a bit more emboldened," analyst Mahmood said.

"This is something that's been going on for 15 years and has plagued multiple administrations."

According to Mahmood, military efforts have failed.

"We would propose that there needs to be at some point some dynamic around reconciliation with the group," he said, adding that it was hard to see how this may come about soon.

On May 16, a day after the Somali election, US President Joe Biden ordered thereestablishment of a US troop presence in Somalia to help local authorities combat al-Shabab, reversing an order by his predecessor Donald Trump.

Biden's decision was announced by a senior American official, who pointed out that it was not taken in connection with Mahmud's election. 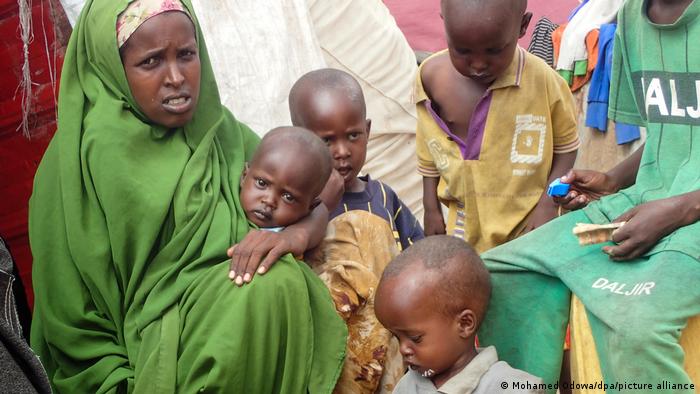 The drought has affected many millions in Somalia

More help from the international community

"I don't think the timing is coincidental at all," expert Mahmood said.

Foreign partners in general had shown their displeasure at the delayed electoral cycle.

"It seems like they were just waiting for this to conclude before moving back with some of their programs in Somalia," he added.

The heavily indebted country was at risk of losing access to a three-year $400 million (€380 million) aid package from the International Monetary Fund (IMF), which was set to expire on May 17 if a new administration was not in place by then.

Over 70% of the drought-stricken land's population live on less than $1.90 a day.

How far the international community, especially the West, will be willing to support the new administration, remains to be seen.

A certain "fatigue" has set in, after so many years of unresolved crises, said Mahmood.

"We have to be realistic about where Somalia is on the worldwide rankings and priorities," he explained.

Nevertheless, the election closed a prolonged and divisive electoral cycle.

Somalia now had a legitimate and functioning government, said the analyst, adding with cautious optimism that "the bar was kind of low, honestly, but that's positive in itself: to close a chapter and make a fresh start going forward."

Mohamed Odawa contributed to this article.
Edited by: Keith Walker

Lawmakers have finally chosen a new president. Current President Mohamed Abdullahi Mohamed was hoping to stay in power after over a year of in-fighting and delays.