The international community has expressed concern over the removal of former Prime Minister Hassan Ali Khaire in a no-confidence vote. Somalia's fragile government controls only a portion of the country. 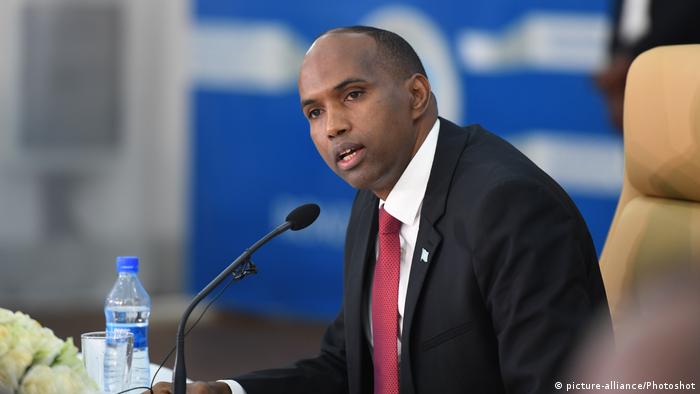 Somalia's newly acting prime minister, Mahdi Guled, has lashed out at the European Union and other development partners for their criticism following the July 25 ouster of former Prime Minister Hassan Ali Khaire in a no-confidence vote.

Khaire, has rejected the no-confidence vote, and his cabinet were accused of failing to finalize a draft constitution which could pave the way for fairer elections expected slated for early 2021.

Acting PM Ghuled wrote in a tweet after chairing his first cabinet meeting: "The cabinet meeting highlighted the SFG's [Somalia Federal Government's] gratitude to the international community but stressed the need for our partners to respect the sovereignty of our nation and our constitution as well as the UN Diplomatic Convention. SFG is committed to #Somalia's progress."

Since taking his appointment, Ghuled has been touring government institutions including the Ministry of Finance for updates on the country's economic recovery and the Mogadishu port that is key to maintaining domestic revenue.

EU foreign policy chief Josep Borell said Khaire's ouster, which came after an almost unanimous vote of no confidence, showed "serious disrespect for the constitutional foundations" of the country.

"Developments in [Somalia's parliament] on Saturday represent a setback for Somalia and the confidence of the European Union in the progress of Somalia," Borrell said in a statement, adding that the voting procedures did not meet "minimal constitutional requirements."

"The European Union will review carefully how these events have come to pass, who bears responsibility and to what extent they deviate Somalia from the progress it was making and to which it had committed itself to its international partners," he continued.

Additionally, a joint statement released by the United Nations Assistance Mission in Somalia (UNSOM) expressed concern on behalf of Somalia's partners and "their strong hope that recent political developments, including in the Federal Parliament, will not undermine efforts to reach political consensus on timely elections." 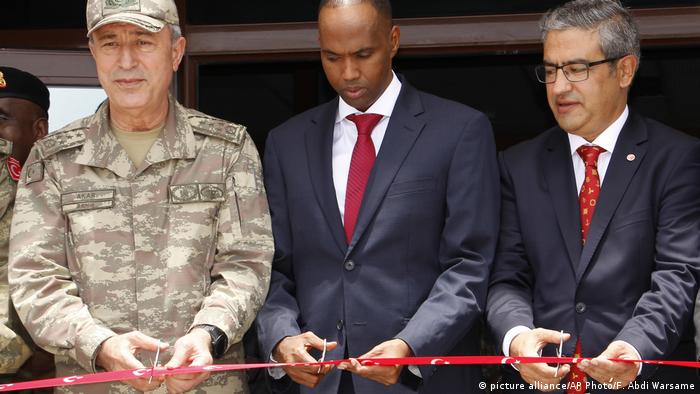 Former Prime Minister Hassan Ali Khayre (center) with Turkey's chief of staff and ambassador to Somalia. Somalia's many political and development partners also includes Turkey, which has opened military facilities in the region

In the statement, the development partners, which include Germany, Belgium, France, Austria, Denmark and Canada, also said they hoped recent events will not "disrupt the country's reform agenda or create instability that may reverse the gains made so far on national priorities."

The fragile central government controls only a fraction of Somalia's territory and is facing an insurgency from the al-Qaeda- affiliated al-Shabab militant group.

There are fears that the militants could take advantage of the unstable political situation in the country. "Al-Shabab could exploit any political instability in the country by carrying out hit and run attacks," Khadar Hared, a Somali journalist based in Nairobi, Kenya, told DW.

A whopping 170 of parliament's 178 MPs backed the no-confidence motion against the former prime minister on Saturday, brought on mainly as a result of Khaire's perceived failure to pave the way towards fully democratic elections.

Currently, Somalia has a complex electoral system in which special delegates pick lawmakers who then vote for the president. Somalia has set itself the goal of holding a one-person, one-vote national election early next year in what would be its first fully democratic election since 1969.

The United States and European Union say Somalia risks facing sanctions if it fails to resume talks to end its deadlock over elections. But President Mohamed has extended his mandate despite the international criticism.

As the Horn of Africa nation struggles to reach a consensus on this year's general election, the country's controversial clan-based indirect voting system is under scrutiny.