Four women and a six-year-old child were reportedly injured in the stabbing, which occurred in the resort town of Rimini. Prosecutors believe the man was under the influence of drugs. 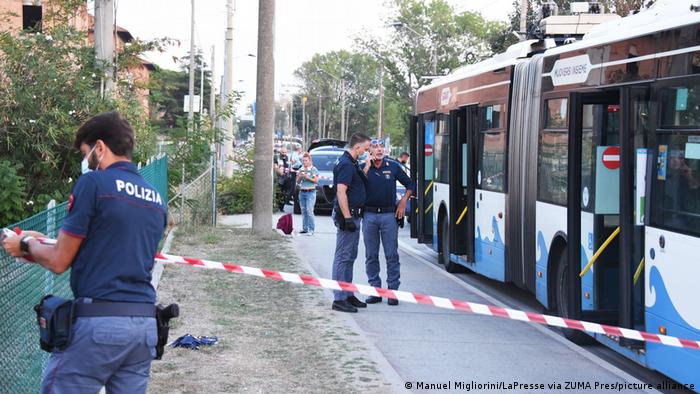 A 26-year-old male Somali asylum seeker was arrested by police in Italy after several people were stabbed in the northern resort town of Rimini, several Italian news outlets reported on Sunday.

Four women and a six-year-old boy were injured in the incident, which occurred on Saturday evening. The boy is is said to be in critical condition after wounds on his neck.

The suspect was reportedly riding a bus without a ticket, and attacked two ticket controllers while aboard the vehicle. He then fled the scene and wounded three other people while on the run.

The police later managed to track down the suspect and arrest him.

Investigators do not believe the man's motive was terrorism-related, but rather think the man was likely under the influence of drugs during his rampage.

The man had applied for asylum in Italy and was reportedly housed in a Red Cross facility in Rimini.

According to the Italian ANSA news agency, the suspect had been living in Europe since 2015 and was denied asylum in several other European countries, such as Denmark, Sweden, Germany, and the Netherlands.

Interior minister under fire from Salvini

Interior Minister Luciana Lamorgese is expected to meet with local authorities in Rimini on Monday to discuss the incident. She called the crime a "very grave episode."

"Minister Lamorgese, how many other victims do we have to count until Italy becomes a safe country?" Salvini tweeted Sunday.

Migration is a major political topic in Italy, with asylum seekers from Africa and the Middle East often sailing across the Mediterranean to to reach Italy's shores.