Italy's coast guard rescued over 100 migrants from an uninhabited isle opposite a popular beach. All were said to be in good health despite a difficult journey. 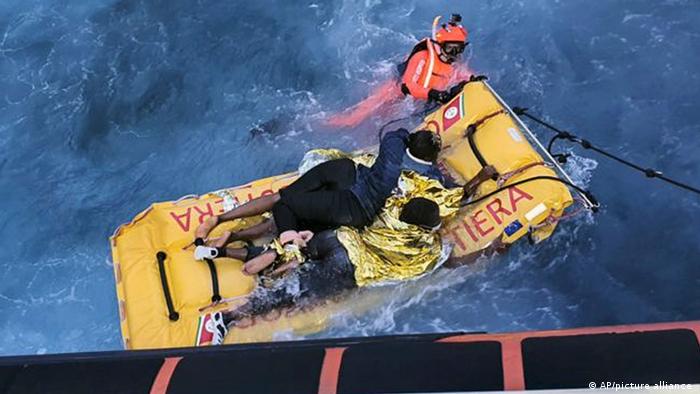 The Italian coast guard said it rescued approximately 125 migrants in the early hours of Thursday.

The people packed two vessels to cross the Mediterranean Sea and to Europe. One of the vessels was partially submerged.

The migrants ran into distress at sea when they came under rough winds and were stranded on a jagged reef. At least 49 women and 20 minors were reportedly on board the vessels.

The Italian coast guard said that while the migrants were "in a clear state of shock,” they were all in good health. 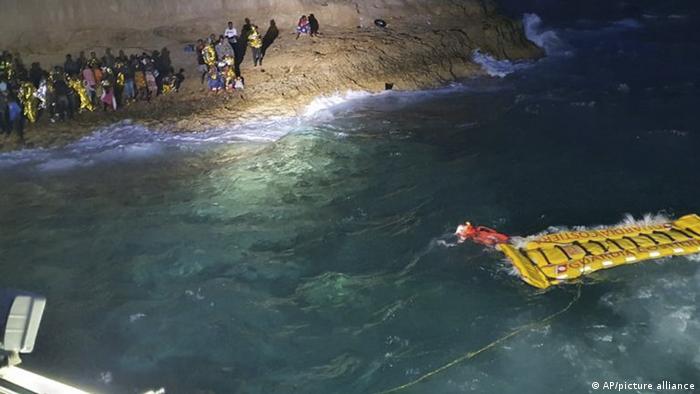 The coast guard found the group huddled together on a tiny unpopulated isle known as the Isola dei Conigli, which is just opposite one of Lampedusa's most attractive beaches, known for its crystal-clear waters.

A member of the coast guard had to jump into the water and swim to the group to bring them an inflatable yellow rescue raft. A diver guided the raft with three migrants at a time to two motorboats.

Once the group was aboard rescue ships, they were given foil blankets and taken to Lampedusa's port four kilometers (2.5 miles) away.

Lampedusa has a housing facility for migrants who often ask for asylum. Most asylum requests are denied unless it can be proven that war and persecution were the reasons for undertaking the risky journey.