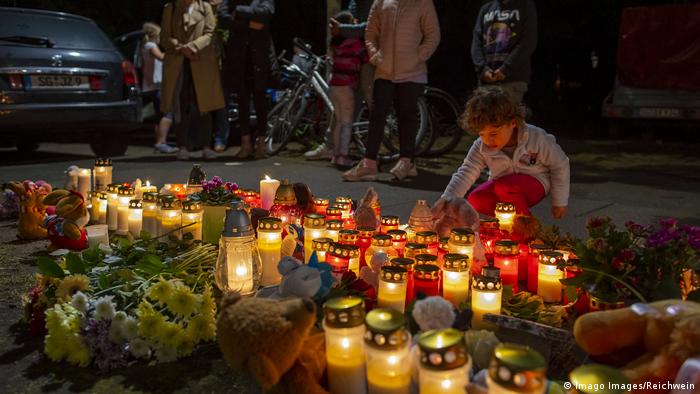 "There are no words," said Luciano, a 47-year-old man who came with his daughter to place roses and light a candle in front of the gray housing complex in the Hasseldelle district of Solingen, where five children were found dead on Thursday. "I am a father but I don't think you have to be a father to be moved by this. It's terrible," he told DW. 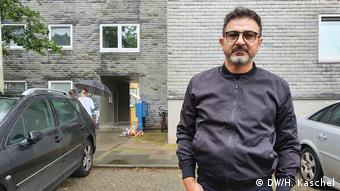 Luciano: 'I don't think you have to be a father to be moved by this'

It was a rainy day, but many like Luciano had come to pay their respects. Not all of them were from Hasseldelle, where some 3,000 people from over 50 countries live, according to the local association Wir in der Hasseldelle (We in Hasseldelle).

One man could be heard crying as he stood in front of the building, before he got into his car and drove off.

"It's unreal," said Kira, 19, who came with a friend to light a candle. "You wonder how something like this can happen, especially in Germany where there are thousands of ways of getting help. Whether you have your own problems or issues with your children, there are many places to turn to. I just don't understand what could go on in someone's head to do something like this," she said. 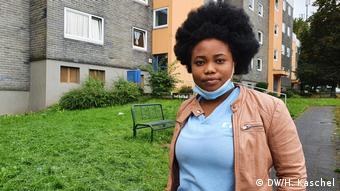 Priscilla: 'I am a mother, too. I was really scared yesterday'

Priscilla Osei Wusu, who lives in the complex, knew the family in passing. "We all live here. We see each other every day, but I don't know what really happened," she explained after putting down a grey stuffed animal. "I'm very sad. I'm a mother. I was really scared yesterday. My children were crying — they were scared."

Another neighbor explained that people usually helped each other out in the complex. "If someone has problems, we are as one. That's why I can't get my head around this," he said.

At a press conference on Friday, police and prosecutors said an arrest warrant had been issued for the main suspect, the children's 27-year-old mother. She is currently recovering in hospital, after she jumped in front of a train in Düsseldorf on Thursday.

Autopsies of the five children — three girls aged 18 months, 2 and 3 years and two boys aged 6 and 8 years — found that they had been sedated and suffocated. But authorities said there had been no sign of direct violence, adding that the person who had committed the crime had clearly been in a "state of emotional distress."

The mother was thought to have been living separately from her husband, the father of four of the children, for a year. Another son, 11 years old, is said to be safe and is currently being cared for by "family members."

The family was apparently known to the local child welfare services. Authorities said the "city of Solingen had given considerable support" to the family, but stressed that there had "never been any abnormalities or suspicions that the children could potentially be in danger."

Killing out of love

Ulrike Zähringer, a criminologist who teaches at the Hamburg Police Academy and specializes in research on child homicide, told DW that such crimes were very rare. Nonetheless, between 60 and 70 children under the age of 14 are victims of premeditated murder each year in Germany.

However, Zähringer said it would be misguided for people to think that those who kill their own children did so out of hate — on the contrary. "It's often parents who are particularly loving to their children and have a very close relationship with them [who commit such crimes]," she said.

"In case of a separation they cannot imagine their children being happy living in a broken home because they have such a close relationship, and the image of the ideal family has been shattered," she added. 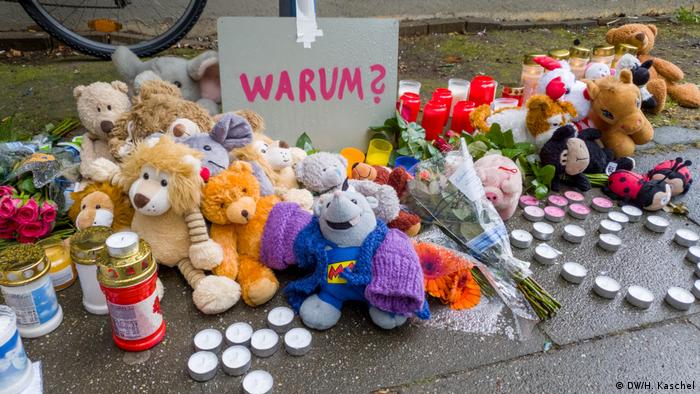 'Warum?': Locals have been asking what drove someone to kill the five young children

For some parents, the only solution seems to be to kill the children. "Often people have considered such a scenario for a long time. In a third of cases, the crime is even announced in advance," said Zähringer. However, people tend only to act on their idea after an "acute impulse" which means they can no longer control their behavior.

In response to the question of how people, families and welfare services could prevent such crimes from happening, Zähringer said that if an adult announced the intention to commit such a crime, "it should at least be taken into consideration that they might be a danger to themselves or to others, especially if there are children in the equation."

Hans-Peter Harbecke, the head of Wir in der Hasseldelle, said the family had not approached the association for help. "We are in shock. A district that is usually so vibrant has suddenly been shaken to its core," the group's website reads.

Police have said that this year's crime statistics paint a grim picture of the state of child welfare in Germany. More than 100 children were killed in 2018, and thousands were sexually abused.

When mom's out of work, poverty can loom for her and her children, a study by the Bertlesmann Foundation in Germany found. Children of single parents are worse off, but those in a two-parent household aren't spared.