'Societal resilience is not tied to affluence'

As the latest round of United Nations climate talks are wrapping up in Doha, Bangladeshi scientist Saleemul Huq discusses what developing nations are aiming toward at the conference. 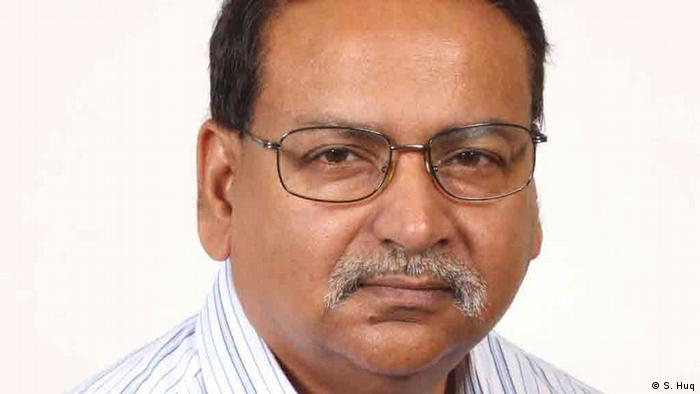 Bangladesh is among the countries most affected by climate change. Storms and floods are occurring ever more frequently and, if sea levels continue to rise, millions of people in the densely populated country could be forced from their homes. But the country is also finding new ways to adapt to climate change - a role that countries at the Doha talks could emulate, says Huq, a Bangladeshi scientist.

DW: Do you see any hope that the new phase of the Kyoto Protocol will be agreed to in this, the second week of climate talks in Doha?

Saleemul Huq: I think so. I think the ministers have arrived and they are now taking open new negotiations. As I said, the European Union has already agreed to a second phase of the Kyoto Protocol. It remains for the other countries to join, and even if one or two join, then that will be enough to keep it going.

Do you feel money in the climate fund will really reach the poorest people and help them cope, or is there a danger that the money will actually go to private companies?

Well, on the adaptation side I'm pretty sure that the money will go to the poorest people, and indeed the money for adaptation is now already flowing to developing countries, particularly for communities to adapt. The amount of money, though, is still quite inadequate. The least-developed countries have asked for $3 billion, for adaptation for 48 countries to carry out 560 adaptation activities that they've identified. And they've only received in the order of $500 million out of that so far. Collectively, the rich countries have provided $30 billion. But on the other hand it's been very difficult to untangle where that money went and what it went for. We could ascertain maybe only 20 percent of that went for adaptation, and particularly for the least developed countries. 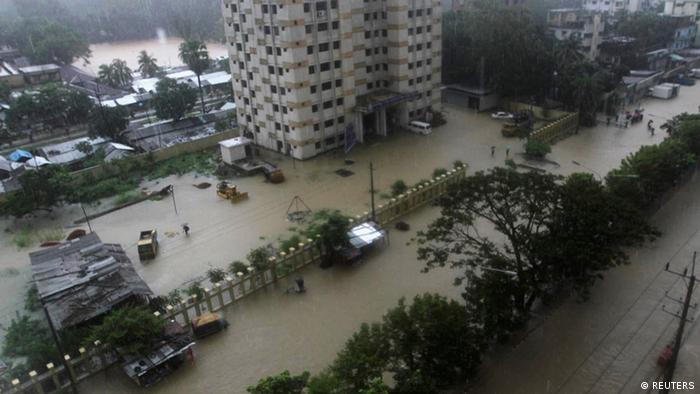 Bangladesh is particularly prone to flooding

What do you mean when you say that Bangladesh is very vulnerable to climate change, but at the same time also better prepared to cope than many others?

Bangladeshis a country with a 160 million people on a very small area. It is one of the most vulnerable countries to flooding, to cyclones, to sea level rise, and even to drought. But at the same time there's a very high level of awareness about the problem, and very strong action from government to civil society to deliver a national climate change strategy and action plan.

Bangladeshhas recently been labeled a "laboratory of innovation" when it comes to climate change adaptation. What do you think other developing nations and also industrialized can learn from Bangladesh?

Resilience of society is not necessarily tied to affluence or technological capability. It's much more of a social phenomenon. For countries to have social cohesion, for people to help each other, for neighbors to help each other, and be able to cope with adversity when it happens, is far more important than having technology solutions and big homes to protect them. Ultimately it is human beings helping each other and working together that matters.

Developing countries accept that, all of them, and they are quite prepared to do what they can. Many of them are already doing things. China has taken a very ambitious program of low-carbon development. So has India, making two of the biggest countries from the developing country side. And some countries, small countries, and vulnerable countries like the Maldives and Costa Rica, have taken plans to become carbon-neutral in the next 10 years. That is no small feat, and they're challenging other countries to follow their lead.

Do you think it makes sense in the future to have these kinds of meetings?

Even though such conferences may not be the best game in town, there is no alternative. Any other forum that tries to make it smaller on the grounds of efficiency is necessarily going to exclude the most vulnerable and the poorest countries.

Why is there so little movement in international politics even though time is running out?

I think the times and the problems don't match up. The times and the climate change issue is something that's going to run over the next few decades, and it's about the legacy that we - the adults of this generation - are going to leave behind for our children and grandchildren. On the other hand, electoral politics run in just a few-year cycles, and for politicians the immediate crisis is always much bigger than the long term crisis which they can put off or leave to their successors.

Saleemul Huq is a senior fellow at the International Institute for Environment and Development in London and a member of the Intergovernmental Panel on Climate Change.

This year’s UN Climate Change Conference is under way in Doha, Qatar. Experts warn that time is running out, but they don't expect much in the way of results. DW takes a look at the main issues. (02.12.2012)