Many key issues remain unaddressed halfway through a UN climate conference in Doha. While the technical means exist to prevent a climate catastrophe, experts wonder if there is enough political will to reach a deal. 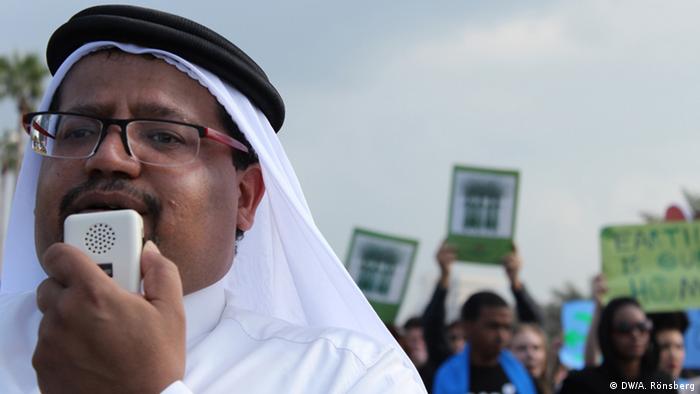 "We want climate justice!" booms the voice from the megaphone. The phrase is then repeated by hundreds of voices - young people from Asia, Europe, Latin America and Arab countries marching down the closed-off street in Doha on Saturday morning. "The Earth is our home," state some of the posters, while others call for ambitious pledges to reduce emissions.

Among the demonstrators are Reem Al-Khayat and Kholoud Abu-Holayqah, two 16-year-old Qataris. "We want to show that the environment is important to us," they said. "After all, it's we who have to live with the consequences if we don't take action now."

The goal of the demonstration is to motivate young people to become more involved in climate protection. "During the Arab Spring, the young generation proved that they are the real rulers and that they can dictate priorities," said Wael Hmaidan of the Lebanon-based environmental organization Climate Action Network International. 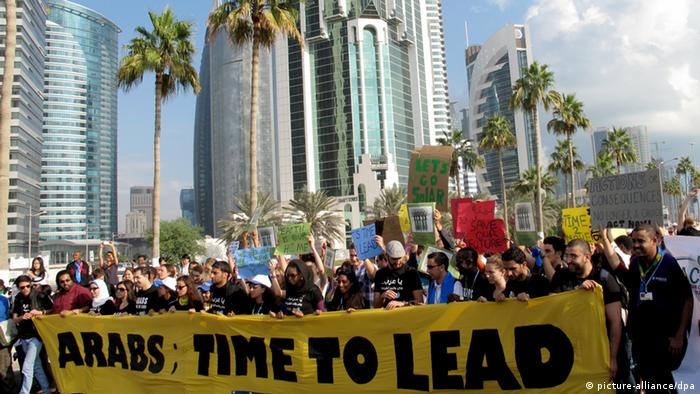 'We want to show that the environment is important to us. After all, it's we who have to live with the consequences.'

This march, however, is very different from the Arab Spring. It is a peaceful demonstration and security personnel are only present in low numbers. At the same time, though, it is the first-ever pro-environmental-protection demonstration in Qatar and therefore a historic event.

But at the negotiations in the conference center 10 kilometers away, not much is happening in the way of a historic agreement. One outcome so far is the extension of the 1997 Kyoto Protocol - but how and by how long it will be extended is yet to be decided, according to Nicole Wilke, the German delegation's chief negotiator.

It is also unclear what emission-reduction goals the countries entering the second phase of the protocol are planning to set. The group consists of just the European Union, Switzerland, Norway, Australia and Kazakhstan. Combined, these nations produce 15 percent of the world's total greenhouse emissions.

"These are all political questions that need to be answered starting on Wednesday (05. 12. 2012), when the environmental ministers gather for the first round of negotiations," Wilke told DW.

But even Christiana Figueres, executive secretary of the UN Framework Convention on Climate Change, does not expect any major breakthroughs.

"In the end, the ministers will have to agree on a politically balanced concept that won't excite anyone," she said adding that it was clear to everybody that the final pledge will not be as ambitious as it should.

Negotiators need to find a way to put in place concrete measures on a deal they agreed to three years ago during similar talks in Copenhagen, Denmark: limiting global warming to two degree Celsius compared to pre-industrial times. Two degrees is seen by scientists as the threshold for preventing the worst effects of climate change. An increase of more than that would have catastrophic consequences for life on Earth, scientists have said.

Gap between the necessary and the likely 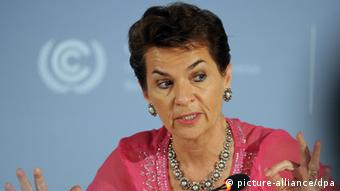 Christiana Figueres does not expect any major breakthroughs

Using only the reductions in emissions that countries have already promised, average temperatures would increase by at least 3.5 degrees by the end of the century. And even these promised emissions reductions are only being kept by a few countries, according to Monika Vieweg of the Climate Analytics think tank.

Yet researchers at Climate Analytics as well as the UNEP have said they still believe it is possible to reach the 2-degree goal. But it will be necessary to save energy and invest in renewable energy sources as quickly as possible, according to Niklas Höhne of the Ecofys consultancy. Removing carbon-dioxide from the atmosphere will also be necessary. Technology capable of doing so, however, is currently only being used in pilot projects.

While it is technically and economically possible to keep the temperature increase to two degrees, the question is whether politicians are willing to make the sacrifices necessary to do so.

"If countries have shown up here then they know - in the backs of their minds - what is necessary at the global level," Figueres said, adding that there is a difference between what is necessary and what they can get approved at home.

Monika Vieweg said it would be up to voters to pressure their governments to take action when it comes to reducing emissions.

"In the end, society is our boss and it has to make sure that governments take responsibility," she said.