Although country representatives at the UN climate talks in Doha meet up behind closed doors, NGOs feel they are having an influence on proceedings. But, not everyone is satisfied with how far they're getting. 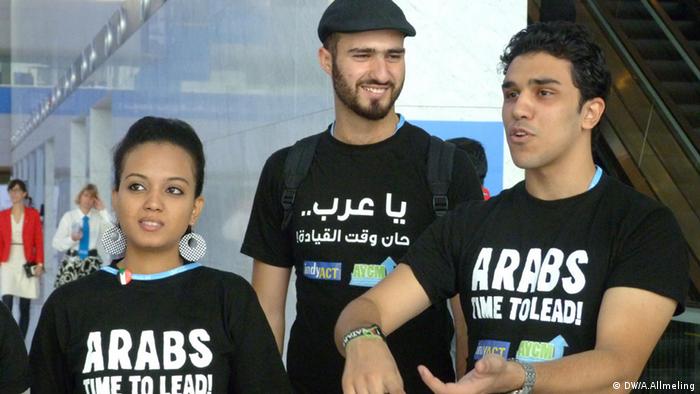 His face looks tired when he leaves the conference centre in Doha at about 7pm. But it is not even close to going home time for Martin Kaiser. The climate campaigner from Greenpeace Germany still plans to meet other activists, to exchange information regarding the current status of negotiations and to write a piece for his blog.

For NGO members like him the days of the Climate Change Conference are long - even in the first week. The negotiations between the countries gain momentum later in the conference, but the NGOs have to exploit every minute, from the very beginning.

Support for the delegates 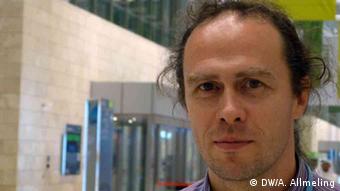 Martin Kaiser from Greenpeace says he is working round the clock

"We have to do a lot more to stop global warming," Martin Kaiser says as he watches the halls of the conference centre empty out. "The snails pace in this building is a real challenge."

He and his fellow campaigners are trying to convince the delegates to agree to more effective climate protection. A lot of countries are listening to the activists. "More than a hundred of the participating countries want to have much more ambitious climate protection," Kaiser told DW. "Of course they are grateful to have the support of NGOs."

Even before the climate conference started, many NGOs try to establish a solid relationship to the delegates. "We are talking about sincere, science-based work over many years," says Christoph Bals, political head of the non-governmental organisation, Germanwatch.

Many politicians appreciate it too, says Mira Mehrishi, chief negotiator for the Indian delegation. "They influence our work in a good way," she says. "No matter what we do, they take a critical look at it. And if we make a mistake they approach us and let us know."

Getting attention via campaigns

A number of delegations approach the NGOs directly and invite them to discussions. "We do have the feeling that we have a certain amount of influence, and that we are taken seriously," says Christoph Bals from Germanwatch. 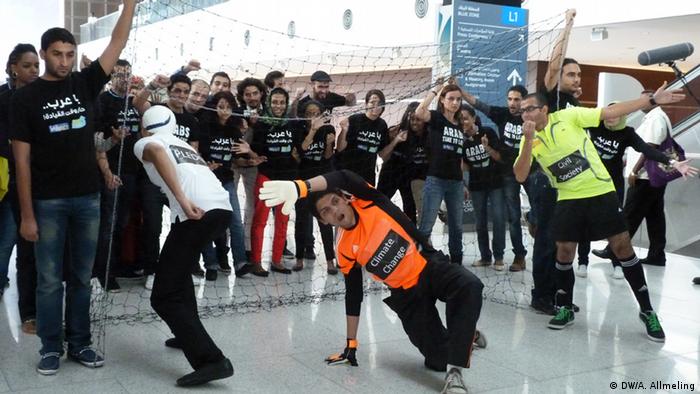 indyAct like to make their protests sporty, loud and entertaining

Ali Fakhry from indyAct is also convinced that NGOs can influence the results of the climate conference in Doha. Not just because they give advice, but also because they can apply pressure on delegations from countries that otherwise don't want to commit to clear climate protection goals.

IndyAct tries to create that pressure with events that gain attention for the issue of climate change. "Flashmobs, flyers and tours - we use everything at our disposal." says Fakhry, who comes from Lebanon. Across a number of Arabic countries, indyAct has already achieved some success.

Nandi Merdes from Namibia is less optimistic. She belongs to the youngest of the protesters from the NGO, YOUTHinkgreen. On the sidelines of the conference the 16 year old has been presenting, with other youths from around the world, her views on responsible climate change policy. 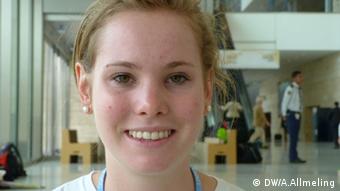 That young people have comparitively little chance to be heard at the conference is disappointing, she finds. "All in all, we don't get enough chances to say what we think," she told DW. She's only allowed to be at the conference for three days. This, even though her generation will be the most acutely aware of the effects of climate change.

When Nandi gets back on the plane to Namibia, the negotiations will really start to pick up in Doha. By then, there's sure to be delegates walking through the conference center at the end of the day with a tired look on their face. Especially, if they have just been forced to be at a late night meeting with an NGO.