Sochi the most extravagant Winter Olympics ever

The Russian organizers of the Sochi Olympics have set out to impress the world with the biggest-ever Winter Games. Critics have spoken of "Putin’s Games" with megalomaniacal dimensions. 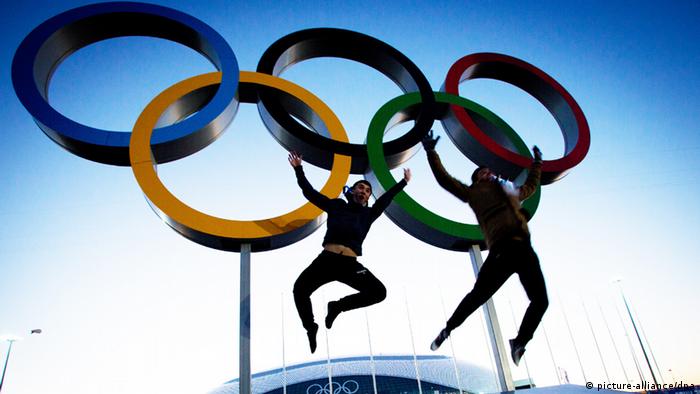 Much of the reporting in the media leading up to the Sochi Winter Olympics has focused on record-breaking figures in terms of the number athletes taking part, the number of events they are to compete in - and the overall price tag.

While the 2010 Vancouver Olympics managed on a budget of just 5.5 billion euros ($7.4 billion), the Sochi organizers managed to spend 37.5 billion euros during the eight years of preparations alone. By the time the 2014 Winter Games are over, the total cost is expected to top 50 billion euros.

Much of this money was necessary to turn a tropical beach holiday destination on the Black Sea coast into a venue for winter sports. Sochi is situated on the same geographical latitude as St. Tropez on the Mediterranean Sea in France - rarely do temperatures drop below three degrees Celsius (37 degrees Fahrenheit). 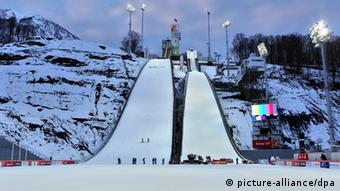 The venues for the Games are located in the district of Krasnaya Polyana, 40 kilometers (25 miles) from the coast at an altitude of 600 meters (1,969 feet) above sea-level. Prior to the preparations for the Winter Olympics there was one ski-lift, but not a single ski run. All the venues had to be built from scratch - and so did the infrastructure: A motorway and train tracks, which now cut through Sochi National Park - a nature reserve with world heritage status.

The impact on the environment was severe; waste dumps were built in the mountains, bears and Alpine ibex lost their natural habitat. Nature had to give way to the Winter Olympics - and so did the inhabitants of a small village.

Since the terror attacks on Volograd in December 2013, security forces in Sochi have been at a heightened state of alert. A total of 34 people lost their lives in those attacks. An extremist group from the region of Dagestan claimed responsibility for the attacks and said they planned to carry out more.

Russia has responded to the threat by deploying around 100,000 police officers, soldiers and secret agents to the Sochi region for the duration of the Games.

"The Russian authorities have turned the whole area into a fortress, installing surveillance technology everywhere and positioning rocket launchers in the hills," said US security expert Michael McCaul in an interview with the Novaya Gazeta newspaper.

The US government has issued terror warnings and followed up their initial offer of assistance by sending two warships to the Black Sea with 600 US navy personnel on board.

In addition to the environmental and security concerns there is has also been international criticism of the state of human rights in Russia.

The introduction of a law banning pro-gay propaganda triggered international protests. Thomas Bach, the president of the International Olympic Committee (IOC), pointed to the anti-discrimination paragraph in the Olympic Charter, which also includes the freedom of 'sexual orientation.'

"We oppose every form of discrimination," Bach said.

Russian President Vladimir Putin responded to the criticism with the assurance that homosexual athletes and fans had nothing to fear in Sochi, while at the same time warning them to"leave children alone." 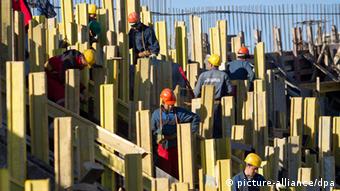 Other alleged human rights violations have also been the focus of media attention: ARD German public television reported on the alleged systematic exploitation of construction workers from Central Asia.

Following that report, Bach announced that the IOC would dig into its coffers to pay out 6.1 millon euros in outstanding wages. Critics, however, were quick to point out that it would be difficult to verify whether that money really got to the workers, most of whom do not even have bank accounts into which the money could be transferred.

President Putin responded to criticism of Russia's approach to political dissenters by setting up a special protest zone on the outskirts of Sochi, where approved demonstrations may take place. And an amnesty for several high profile political prisoners before Christmas including the Pussy Riot activists and billionaire Mikhail Chodorkovsky, was also seen as Putin's last minute charm offensive.

Friday's opening ceremony is to be attended by more than 40 heads of state including Chinese President Xi Jinping and Ukrainian President Viktor Yanukovych, but no major Western leader is expected to turn up. Russia, though, has sought to play down what has widely been interpreted as a form of silent protest.

"The absence of some heads of state or government will not impact on our Games or reduce the significance of the event," Alexander Shukov, the head of Russia's National Olympic Committee said.

The Olympic Games are for the athletes, everything else is just an add-on," he said. 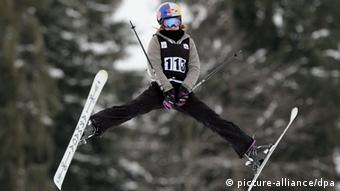 In purely sporting terms, the Games will set a number of records: There will be six new events and a record total of 98 gold medals are to be handed out. A record 86 nations are to take part. And the fight against doping will set a record of its own: 2,453 doping tests are to be conducted - although critics warn that this will only go so far in preventing doping at the Games.

The German Olympic team is comparatively modest this time around: With 153 athletes it is the smallest squad since the Winter Games in Nagano 1998. 77 German athletes are female, and only 76 male - the scales tipped in favor of the women for the first time after the men's ice hockey team failed to qualify. Germany is pinning much of its hopes for medals on the bobsleigh and luge events.

A total of 13.000 journalists are accredited for the Games; there are 40.000 hotel beds and Russia's sports minister Vitali Mutko has said that one million visitors are expected to these largest Winter Olympic Games in history.

The main events at the 2014 Winter Games

The Beijing games is the first to rely on 100% artificial snow. Researchers say that global heating trends will make the event unviable at all but one former host venue by 2100.