Olympics on the backs of the workers | Sports | German football and major international sports news | DW | 27.01.2014

Olympics on the backs of the workers

The Winter Games in Sochi will be the most expensive of all time. However, the organizers have saved on construction workers' wages. They appear to have been systemically exploited. 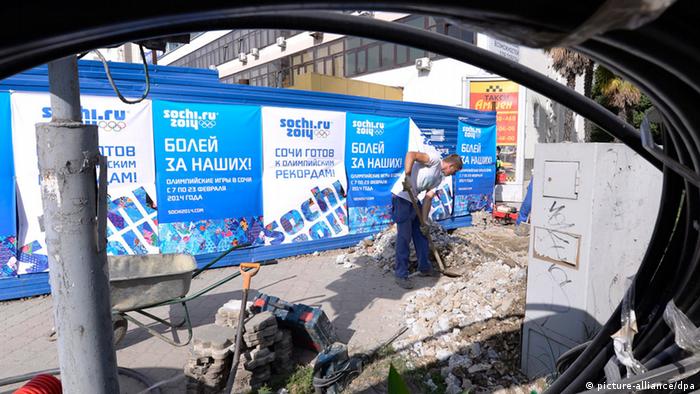 Preparations for the Winter Olympics in Sochi (February 7 to 23) are in their final days. Giant construction sites have become billion-dollar buildings. Steel and glass glistens in the sun of the Black Sea resort city. The workers, however, are nowhere to be found. They have all returned to their homelands in Central Asia. And after months of hard labor working for the Olympic Games, most of them continue to wait for their wages.

In a poor neighborhood of Sochi the human rights organization Memorial has an office; their headquarters are in Moscow. Since July 2012, Semjon Simonov has helped around 1,500 workers in Sochi with various problems. Nobody is more familiar with their fate than him. "90 percent of all the Olympic site workers in Sochi have either received no wages at all or just part of them," he said. "Their work makes the Olympics possible, but they weren't paid for it. They weren't once given official work documents, and at the end many of them were expelled by force."

Until now, nobody has been interested in the fate of the Sochi workers, in part because a majority of the more than 10,000-strong labor force from Asia came and left long ago.

Many of them are living in Tajikistan again. The central Aian country neighboring China and Afghanistan struggles with poverty – an individual's monthly wage is often below 200 euros ($275). According to the World Bank, half of the country earns a living working abroad. At a market east of the capital Dushanbe, many people talk about having worked in Sochi but never receiving wages. At first, nobody wanted say that publicly.

A two-hour drive south of the capital, one worker finally spoke out. Golip Yunusov is 62 years old, a warm, lively man with grey hair. He spent months as a foreman with a group of 23 other workers at a construction site for volunteer accommodation. He and his colleagues were promised 455,000 rubles (10,000 euros), but they never received the money, he says. Yunusov likens the situation to modern day slavery. "We never had a day off, lived eight to an 18 square meter (194 square foot) room, if you were sick that was your problem. It was exploitation." 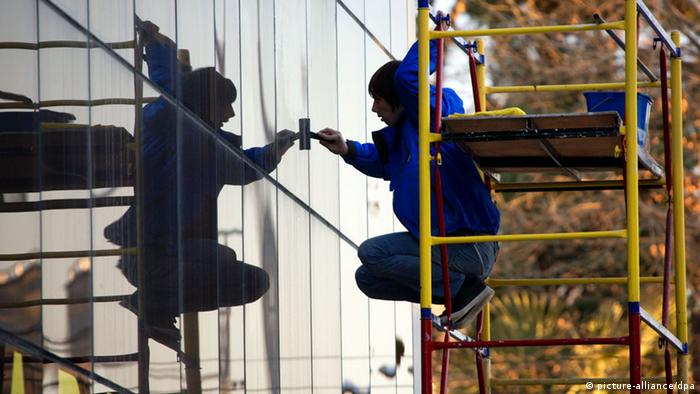 The workers spent months at Olympic construction sites, but they were apparently never paid

Many people with whom German reporters spoke in Tajikistan say they never received any money, and were simply deported after months of work, in part because their employers never gave them proper documentation.

Golip's fried Sobir also worked as a foreman in Sochi.

"They used us like prisoners. They owe us 350,000 rubles, more than 7,000 euros," Sobir said. "My brother and I took out a loan at the bank for a flight to Sochi, for nothing. Now we have debt instead of wages," said one of Sobir's co-workers.

Memorial's Semjon Simonov sums up his experiences in a nutshell: "It clearly looks like a system, first the workers are not paid and then they're simply thrown out of the country." 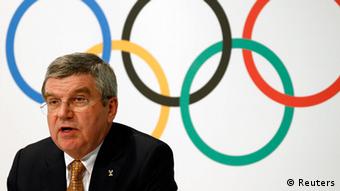 Russian workers are also affected. Many talk about not having received wages. The organizing committee for the Sochi Games refused to give an interview to German public broadcaster ARD. The German President of the International Olympic Committee (IOC), Thomas Bach, was also too busy. The IOC simply responded in writing saying nearly six million euros in unpaid wages were now being paid.

But how could that be possible when hardly any workers were officially registered by their employers, let alone had bank accounts, and now they are all sittings in Central Asia waiting for their money?

Germany has nominated 151 athletes in 15 different sports for the Olympic Winter Games in Sochi. The Germans are seeking to beat their 30-medal record from Vancouver during the 2014 Games. (23.01.2014)