German President Joachim Gauck will not be attending the upcoming Winter Olympic Games in the Black Sea resort of Sochi. This has been interpreted by some as an act of silent protest by Germany's head of state. 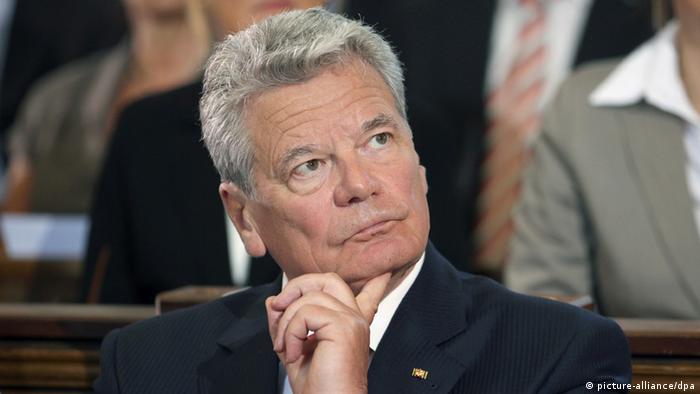 President Gauck's office on Sunday confirmed a story published by the Spiegel news magazine that he would not travel to Sochi for the Winter Olympics in February. However, a spokesperson for his office said this was not meant as a boycott of the Games.

Gauck's spokesperson also noted that a number of former presidents have given previous Winter Games a miss, including his immediate predecessor, Horst Köhler, who did not attend the last Winter Games when they were held in the Canadian city of Vancouver.

"Just because somebody doesn't travel somewhere doesn't make it a boycott," Vesper said. "As far as we know, there was never a plan for Mr. Gauck to visit Sochi."

Praise for the president's decision

However, Gauck did attend the 2012 Olympic and Paralympic Games in London, and some have interpreted his decision not to go to Sochi as a something of a silent protest.

The former Lutheran pastor and activist in the former East Germany has in the past criticized Russia over its human rights record, and Russia has come in for particular criticism in the West over a law passed almost a year ago making it illegal to promote a gay or lesbian lifestyle.

The German government's human rights commissioner, Markus Löning, praised the move, saying Gauck's decision not to go was a "wonderful gesture of support for all Russian citizens, who fight for freedom of opinion, democracy and citizens' rights."

One of the vice presidents of the Bundestag, Claudia Roth of the Green Party, told the newspaper Rheinische Post that the president's decision was "a strong position" and an "encouraging signal."

President Gauck has yet to make a state visit to Russia since taking office in 2012. It was not immediately clear whether Chancellor Merkel would make the trip to Sochi in February. A government spokesman said this was a matter to be discussed a later point in time.