Sochi-based Andrei Tanichev sees the positive side of the discussion about LGBT rights sparked by the recent anti-gay "propaganda" law, and hopes local and national attitudes will change after the Olympics. 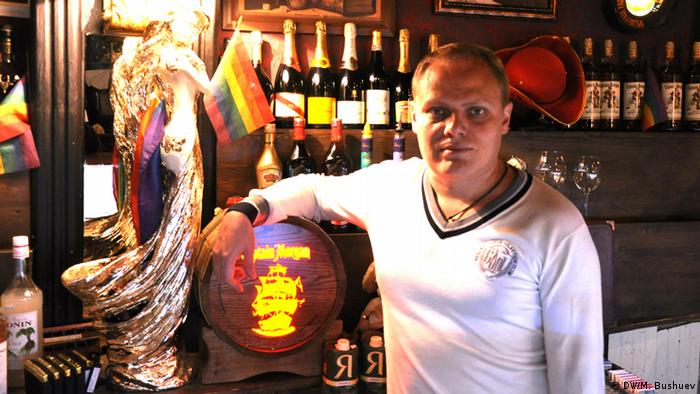 The Winter Olympics in Sochi will likely be internationally associated with a myriad of non-sports issues: record expenditure, corruption, environmental violations and the attention they've given to LGBT rights in Russia. Questions surrounding the treatment of "sexual minorities" in Russia were originally raised in connection with the infamous law passed during summer 2013, which banned the dissemination of "homosexual propaganda" to minors in the country.

But according to Andrei Tanichev, a co-owner of the club Mayak ("lighthouse" in Russian) - one of Sochi's two gay venues - the law has a positive side. "Before it, the rights of Russian homosexuals were not discussed at all," he said.

Of course, Tanichev knows that wasn't the law's aim. "I think that they passed it in order to draw attention away from real problems," Tanichev said. "This was clearly a lawed passed to improve ratings. The majority of the population in the country has a negative attitude toward gays, and the government relies on ratings," he explained.

Tradition: a matter of definition

Tanichev, who is in a long-term homosexual relationship, was bewildered by the wording of the law, which forbids advocating "non-traditional sexual relations" to minors. "From a legal point of view, what is meant by 'propaganda,' and what is the word 'non-traditional' supposed to mean for me, if that's how I've lived my whole life?" Mayak's owner asked while sitting at the bar of his club.

"The problem we have is not with 'propaganda' - it's that the majority of people here don't even know what gays are. That may sound strange, but it's the truth," he added. 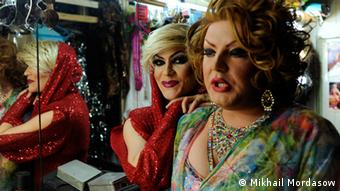 Mayak is known for its transvestite shows, among other things

The anti-gay law hasn't changed anything at all for Sochi or for Mayak, Tanichev maintained. "In our region, a 10 p.m. curfew for youngsters has already been in place for around three years. We've brought in strict bouncers and ID checks at the entrance," Tanichev said. According to him, there are never minors in the club.

But what if spontaneous gay rights protests take place in the club in the run-up to the Olympics? After all, it's unlikely that the Russian government will allow establishment of something like the so-called "Pride Houses" that were opened at the last two Olympics as meeting points for homosexual athletes and venues for cultural events.

Though the owners of Mayak see themselves as businessmen rather than gay rights activists, Tanichev would consider allowing the club to become a political platform. "It's unclear what the consequences for us would be in that case. But we are open to it," he said.

Asked what effect the Winter Olympics could have on the small Sochi gay club, which holds a maximum of 400 guests, Tanichev explained that he hopes the games and their aftermath will bring a lot of foreigners to Sochi and to the club. He expects that the homosexual "Europeans and Americans will show Russians that gays aren't as terrible as the Russian media makes them out to be."

"When they show European gays here, it always has to be images of some sort of fetish festival, where everyone is wearing leather and so on. They don't show normal happy families, where it's not important who loves whom," Tanichev lamented.

"Actually, I'm against gay clubs," Tanichev said, adding: "I believe that people should be comfortable around each other regardless of gender or sexual orientation. For example, we get a lot of girls and a lot of straight men in the club." 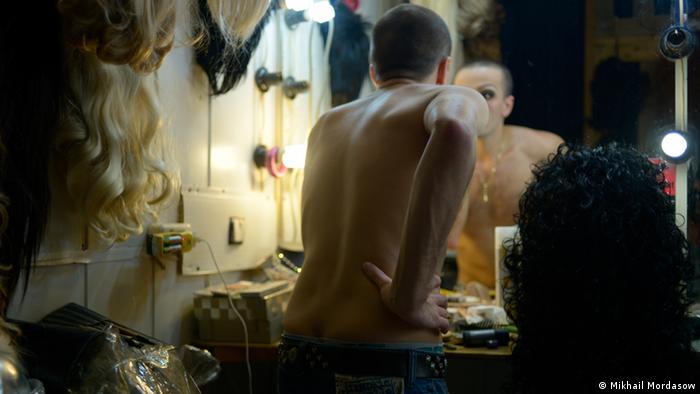 The club is considering moving to a larger venue, where it could expand its shows

Of course Tanichev realizes that his dreams of tolerance are not realistic given Russia's current political climate. The one-story building that houses Mayak is squeezed between two high rises downtown, right on the seafront. It won't be easy for visitors to find during the Olympics: it doesn't advertise, or even have a sign - which is typical for gay bars and clubs in Russia.

It's ironic that Sochi has become the focus of discussions about gay rights in Russia, since Tanichev for one thinks it's one of the most liberal places in the country.

"I moved here 12 years ago from Moscow, because people are more tolerant," said Tanichev. "This is a tourist town, and people here are happy to have guests whose sexual orientation is not traditional. The main thing is that they pay," he added.

Sochi seems to have become something of a gay tourism destination in Russia. Even during Soviet Union times, when Sochi was a famous and fashionable resort, there were always unofficial gay cafes and beaches; and of course Mayak was one of those gay hot spots, even in the 60s.

After the hustle and bustle of the Olympics ends, Tanichev would like the club to move to a bigger building where they could start a variety show, he said. But in other interviews, the club owners have painted a different picture, saying that after the Olympics they plan to leave Russia for good.

Germany has granted a young doctor asylum due to his sexual orientation, after he faced persecution and social exclusion in Russia. Thanks to a recent EU ruling, other gays and lesbians will likely to follow. (08.11.2013)

With the Winter Olympics only a month away, security measures in the Black Sea resort of Sochi are being tightened while criticism of the security clampdown has waned following bomb attacks in Volgograd. (07.01.2014)