So cute, so bizarre: Seahorses

Seahorses are adorable, we all agree on that. But they are also a bit helpless. That's why we should take better care of them. 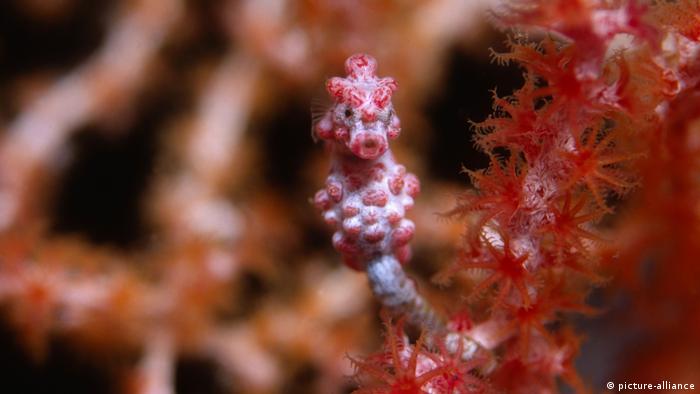 May we introduce: Hippocampus bargibanti, also known as Bargibant's seahorse or the pygmy seahorse

Seahorses live around the world in tropical and temperate seas. Most of them frolic in the moderately temperate seas around Australia and New Zealand, but also off the European Atlantic coast, in the English Channel and in the mouth of the Thames.

But wait a minute! What even is a seahorse? What is it related to? Where does it come from?

The origin of the "horse" part of its name is understandable — at least at first sight. But from the neck down, its similarity to its equine namesake ends. The body of the seahorse appears fragile and the rear end of the tail is more worm-like.

In the broadest sense, seahorses are fish without scales. Instead of scales, they have tender skin that stretches over ring-shaped, bony plates. Each species has a certain number of these rings. Together with the pipefishes and seadragons, seahorses form the family of Syngnathidae. 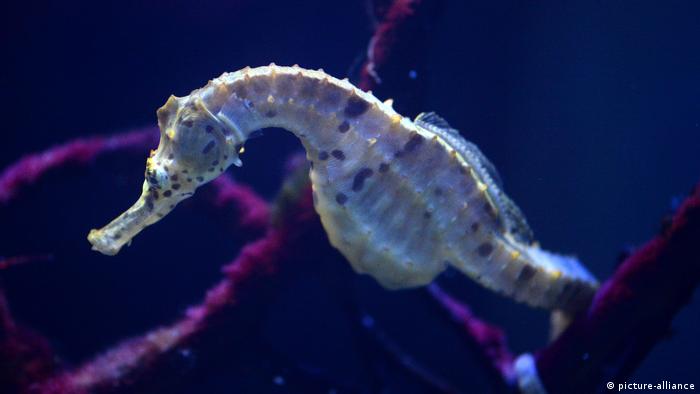 Seahorses are fascinating creatures, but they are also under threat from humans

In terms of swimming skills, they do not have much in common with fish: Seahorses are extremely bad swimmers. But you can't blame them for that, because they are in an upright position in the water, which means they aren't streamlined.

As if that weren't enough, they completely lack the tail fin typical of fish. To move forward, they use the dorsal fin, and the fins on the left and right serve as control.

With a maximum speed of 1.5 meters per hour (1.6 yards per hour), the seahorse species Hippocampus Zosterae is the slowest fish in the world. By way of comparison, some snails can reach 3 meters per hour (0.003 km/h). 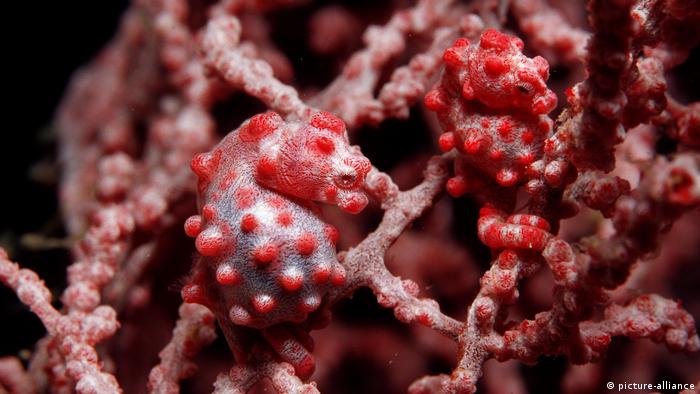 Take a close look! The camouflage of these two tiny seahorses is something else

There are seahorses in all different colors of the rainbow, especially red, orange, yellow, green and grey, and many have patterns, like stripes and dots and funny wiggles. The little guys can even change their color when they want to be hidden. 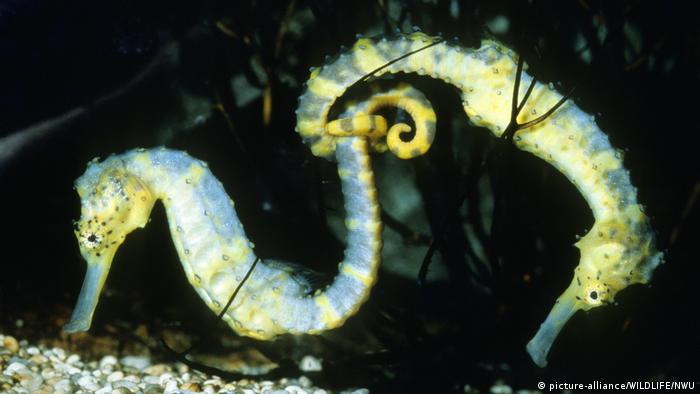 But not only then. Every morning at sunrise, females swim to the males and invite them to dance: They change colour, turn in circles, and swim together through their territory, their tails closely entwined. Enchanting, right? Then the couples separate and each individual seahorse devotes itself to its own daily routine — which primarily involves eating. But more on that later.

Seahorses also dance during the mating season. When seahorses perform their love dance, both take on the same color. This shows that they belong to each other. Oh, how sweet!

This courtship behavior usually lasts several days. They hook their tails together — biologists believe that this is how seahorses coordinate their reproductive cycle.

The male is then able to fertilize the eggs immediately when it receives them. During mating, the female seahorse injects up to 2000 eggs at once into the male's pouch. That's right — seahorse males carry out the pregnancy, which lasts about nine to 45 days. 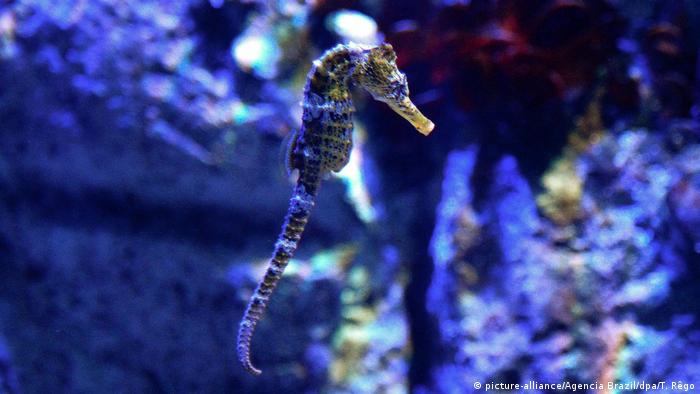 On the big day, between 100 to 1,000 lively seahorses are hatched. But seahorses are on their own after their birth, as their parents are usually busy with the next mating. Less than 0.5% of small seahorses reach adulthood.

Good night and hold on tight ...

So they don't drift away into scary places while sleeping, seahorses hold on to plants or corals with their tails. That's also how they wait for their prey. Seahorses are typical lurkers — they simply have no other choice. After all, they aren't particularly fast and certainly not terrifying or even equipped with a good set of teeth. In fact, they don't even have teeth. 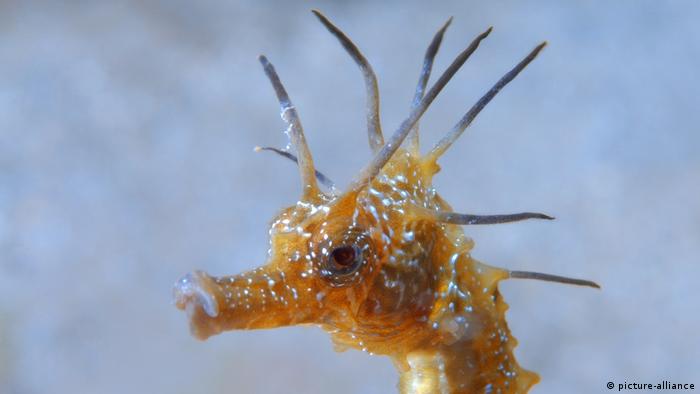 Seahorses come in many wonderful sizes, shapes and colours — the style of this little fellow is pretty extra

So they wait patiently and well-camouflaged until potential prey swims past their mouths. Using this tactic, about 3,000 small crustaceans, floating shrimps, water fleas or fish larvae are consumed per day. Seahorses use their tubular mouth to suck in their prey at lightning speed and swallow it, making the clicking sound characteristic of seahorses.

And so it goes on. Seahorses spend up to 10 hours lurking because they are always hungry. Seahorses have no stomach, which means that they have to eat all the time because the food goes right through their digestive system. What a life!

A heart for seahorses

But although they can camouflage themselves quite well, they aren't safe from humans. The seahorse business is booming.

The animals are dried, ground and eaten in soups, teas and rice wine. According to traditional Chinese medicine, this helps with potency disorders, shortness of breath, asthma, pain and incontinence.

In addition, there are over 20 million seahorses a year that end up as by-catch in fishing nets.

Although international trade has been prohibited since 2004 by the Washington Convention on International Trade in Endangered Species of Wild Fauna and Flora (CITES), even today dried seahorses still fetch between $600 and $,3000 (€540-€2,700) per kilogram at markets in Bangkok or Hong Kong.

How species manage to thrive in polluted ecosystems 28.01.2022