Quackery or a real alternative: What is traditional Chinese medicine? | Science | In-depth reporting on science and technology | DW | 20.05.2019

Quackery or a real alternative: What is traditional Chinese medicine?

This week, the World Health Organization will adopt its new International Classification of Diseases. One point of bitter contention: whether traditional Chinese medicine should be recognized for treatments. 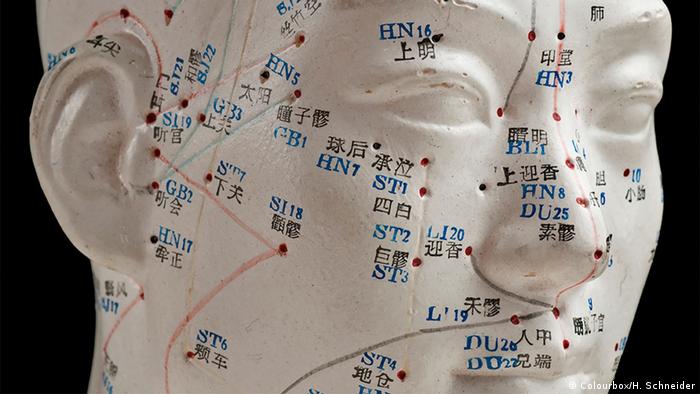 It was crazy. I had to get myself prepared for an exam, but the 10-year-old daughter of my Japanese host family had a cold and was sniffing and snorting loudly — nonstop.

"Blow your nose, drink hot water with lemon juice, and don't walk barefoot through the house," I advised her. Because that's how I'd learned to do it.

My host family looked at me uncomprehendingly. "What do her feet have to do with her nose? And why a lemon?" my host mother asked. "Moisture, wind and cold have penetrated her body," she added, "so you have to fight them with heat-generating food."

She went on to say that even hot water with lemon juice in it is "cold food," since it adds even more cold to the body. Also, acid has a contracting effect. The result being: The disease would be kept imprisoned in the body for even longer.

How does traditional Chinese medicine work?

We all looked at each other in disbelief.

The young girl then ate some rice soup with spring onions and radishes — and quickly became healthy again.

If she'd had the flu, by the way, her parents would have prepared a miso soup with tofu. That would have had a cooling effect, and it would have helped her body fight against the internal heat (something different from what Westerners mean by "fever"), according to the opinion of my host family.

A clash of worlds

This experience impressed upon me the fundamental differences between Western medicine and, in this case, traditional Chinese medicine (TCM) (which the Japanese also use).

It also demonstrated why followers of one method fight each other so fiercely: They mutually deny the effectiveness of many of the other's treatments.

And the divide isn't just between East and West. One example is the biochemist and molecular genetics researcher Fang Zhouzi, a renowned Chinese researcher who did his postgraduate studies in the US. In 2008 he argued in Science magazine that traditional Chinese medicine is not based on science, but on mysticism, magic and anecdotes. 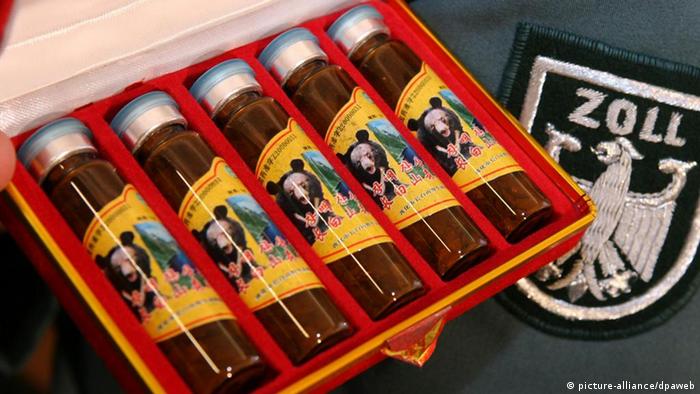 Confiscated bear bile from China, which is supposed to help with liver and gallbladder disease

Supporters of traditional Chinese medicine, on the other hand, criticize Western medicine by saying it's not very targeted, or that EBM is often ineffective or doesn't focus on people as a whole. Moreover, they point out that TCM includes a holistic approach — one that cannot be empirically proven.

Finally, where EBM supporters accuse the Chinese government of promoting TCM for the sole purpose of opening up new sales markets in the West for Chinese manufacturers, representatives of traditional medicine say Western medicines are completely dependent on the powerful pharmaceutical industry.

Read more: Chinese medicine can have a pharmacological effect 'but it's not a cure'

Cupping and accupuncture are increasingly popular in the West

If Western medicine tries to find the cause of a disease, TCM is traditionally used for prevention, chronic diseases and pain. When it cannot heal the cause, it treats the symptoms.

According to TCM, the life energy Qi lives in all living things and keeps the two poles Yin and Yang in balance. Yin stands for peace, relaxation and cold. Yang, on the other hand stands for activity, dynamics and heat.

In the human body, Qi is mainly found in the organs. When it flows through the body, it does so through Qi channels. These channels extend from head to toe, from pole to pole, a bit like the earth's meridian system. Everything is controlled, transported, nourished, warmed and protected by this life energy.

As long as Qi can flow unhindered, an individual is healthy. If the flow of energy falters, you get sick. The equilibrium applies not only to the human body, but also to the social being, to the entire environment and even up to the cosmos.

To be diagnosed, a patient is questioned and examined in detail. However, only the body regions that are visible and not covered by clothing are taken into consideration. In addition to the posture, healers look at the eyes, the tongue, and at the visible swaths of skin. At different points and in the three different depths (Cun, Guan and Chi), the pulse is measured and divided into 28 different qualities.

The patient then takes herbal, animal or mineral remedies several times a day as therapy. The treatment is partly supported by acupuncture, heat treatment, massages or meditative exercises, such as Tai Chi and Qigong. 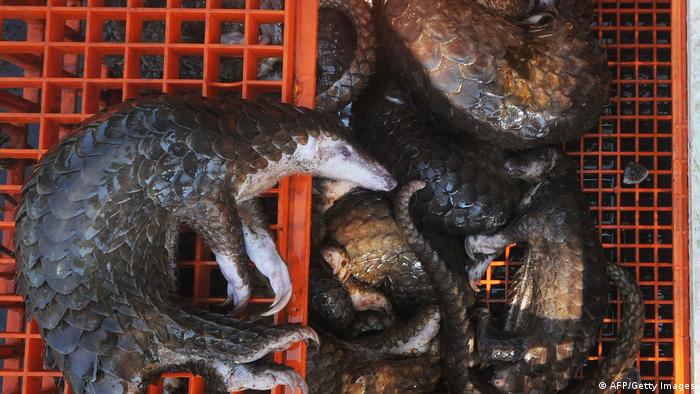 Crushed keratin scales are said to help mothers produce milk, to increase potency, and to cure arthritis or cancer

Dangerous for animals and humans

These naturopathic medicines are vastly popular, regardless of their effectiveness. This has dramatic effects on some animal species, since drug manufacturers use them as ingredients. Threatened by extinction are tigers, snow leopards, Asian black bears, rhinoceroses, saiga antelopes, certain pangolin species, sawfish, some seahorses and various turtle species.

However, many patients may also be at risk — and not only because some very serious diseases are treated ineffectively. There are often considerable problems with the medicines due to impurities, mold infestation, exposure to heavy metals and pesticides, even if the production and dosage is precisely prescribed.

In 2013, a study of Chinese medicinal herbs revealed pesticide residues classified by the WHO as dangerous or extremely dangerous in in 17 out of 36 samples. Twenty-six of them showed residues above the maximum levels permitted in the EU.

Despite the many irreconcilable positions, though, both camps have realized that both methods can complement each other meaningfully.

Acupuncture, for example, is now established in Western medicine.

And in today's China, Western medicine and TCM are mostly used in conjunction with one other.