Smugglers change tactics as refugee flow to Greece holds steady | Europe | News and current affairs from around the continent | DW | 12.01.2016 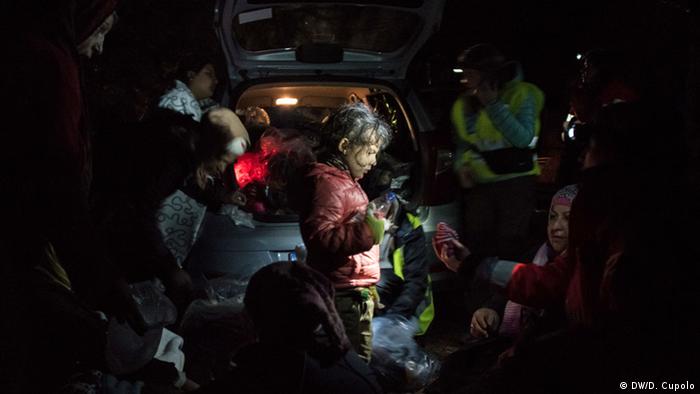 Looking over pitch-black waters, Pothiti Kitromilidi smokes a cigarette with her eyes fixed on distant streetlights along the Turkish coast. Aside from the stars, little else is visible.

It is Friday night, and Kitromilidi, a coordinator for the FEOX Rescue Team, is standing on the southeastern shore of Chios, a Greek island where asylum-seekers have been arriving under the cover of darkness ever since the Turkish Coast Guard increased its presence. Only a few refugees made the crossing in recent days, but Kitromilidi credits bad weather over the authorities, who she says "pretend to work during the week and take weekends off."

Now the seas are calm again and Kitromilidi's expecting a long night out. She radios back and forth with team members spread out over the area on ATVs and Vespa scooters. Everyone is waiting as Kitromilidi shines a light into the dark water below.

Kitromilidi jumps in her car and speeds to the arrival site where 45 Afghans are standing, dripping wet and shivering. The rescue team gets to work, providing dry clothes and emergency thermal blankets with help from a Norwegian humanitarian group, Drop in the Ocean, while Spanish doctors from Salvamento Maritimo Humanitario (SMH) attend to the injured. 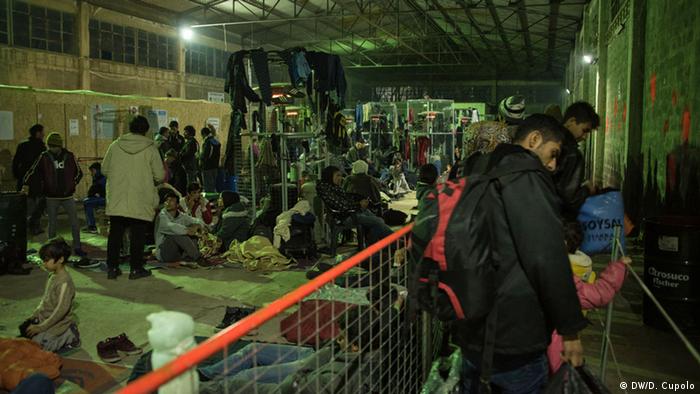 An abandoned industrial facility, said to be filled with asbestos, is serving as a temporary center until a hotspot opens

Amidst screaming children and aching bodies, the chaotic process seems almost streamlined: Wet clothes off, dry clothes on, plastic bags replace wet socks and everyone gets filed onto a bus while volunteers pick up any trash left behind in an impressive display of cross-organizational coordination.

Yet after months of refining their procedures, humanitarian workers in Chios continue facing new challenges as smugglers change tactics under new pressures from Turkey and the European Union. Whenever the flow seems to slow down, large backlogs of refugees arrive in short bursts of time, overwhelming humanitarian services. This past weekend, more than 3,000 people arrive in Chios alone.

"The numbers have been stable since the fall and now we are thinking they will stay the same until March," said Edith Chazelle, Camp management coordinator for the Norwegian Refugee Council. "We are all surprised they are still coming with the cold weather and the rough water." 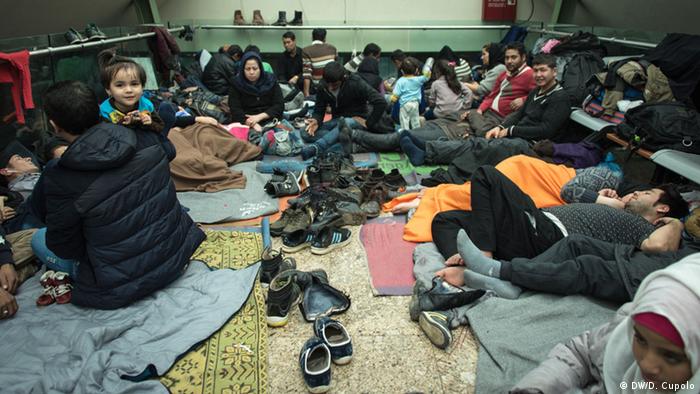 Rescue workers also noted most dinghies are no longer being abandoned on Greek beaches. Boat captains are now forcing refugees to jump out and swim ashore before steering the dinghies back to Turkey.

On Friday night, FEOX volunteer Mihalis Mierousis swam out to save a baby that was tossed overboard. The infant was less than one year old and survived the ordeal, but Mierousis said the practice might be due to a shortage of dinghies.

"Unfortunately, this is not unusual," he said. "Many people get thrown into the water, and we have to save them this way."

Other rescue workers said smugglers are taking families hostage and forcing fathers to steer dinghies to Chios and back as ransom. Rumors abound.

The criminal activity is now concentrated along beaches near Cesme, Turkey, a tourist area where abandoned hotels are used as shelters before refugees take off for Greece. 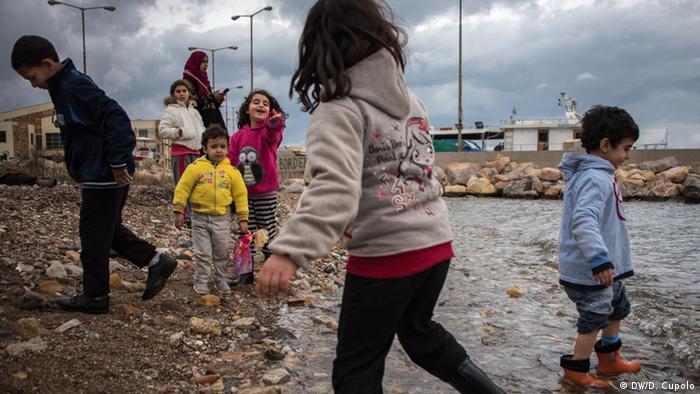 Minors made up about a quarter of the 3,000 asylum-seekers who arrived in Chios over the weekend

Mahmud Iqbal, an Afghan refugee, said he spent three nights in Cesme without food or water before he could get on a boat. On the way to the departure point, he said he was travelling in the back of a van with 15 other Afghans, when uniformed Turkish police stopped them. Despite making eye contact with the officers, they were allowed to continue.

"In my opinion, [the police] let us pass," Iqbal said.

On the Greek side of sea, the scene is less chaotic, but not without its own set of problems.

Insulated tents, bunk beds and gas heaters have made Souda refugee camp in downtown Chios among the best in the country. The UNHCR works with the municipality and several other NGOs to provide shelter for up to 700 people, while groups of independent volunteers distribute three daily meals at the camp's entrance.

Initial registration and documentation is done in an abandoned factory down the street, and asylum-seekers are housed until they are ferried to Athens, which might seem orderly, but is simply because all nationalities are being let through regardless of their eligibility for asylum, according to Rebecca Berker, an independent German volunteer. 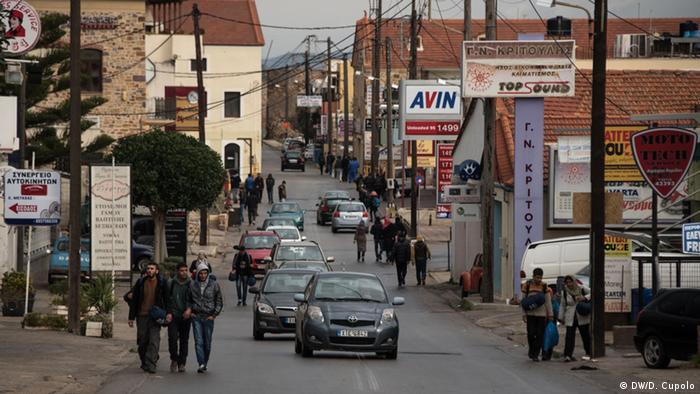 Of the 3,000 asylum-seekers who arrived in Chios this weekend, nearly half are Syrian

A glance at the camp's registration logs reveals all inhabitants claim to be either Syrian or Afghan, while observation of asylum-seekers on site reveals many are from North Africa, not to mention the torn Iranian passports on an adjacent beach.

Still, Vassilis Ballas, the Souda camp manager, said he plans to accommodate all new arrivals as best he can until Chios opens a new "Hotspot Reception Center" next month, which is expected to double the island's refugee capacity while centralizing both registration and accommodation.

Reflecting on whether Turkish authorities will be able to contain the refugee crisis, Ballas said he couldn't understand why an Afghan or Syrian with family in Europe would risk travelling to Turkey to stay there, but tighter border restrictions have reduced the number of Iranians in Chios.

"But we are still getting people from Maghreb and some people are coming from places like Benin and Congo," he said, lightly laughing.

When asked what was funny he responded: "I don't know. These people will travel around the whole world just to find an open door."

"I laugh instead of crying."

Not long ago Rabee al Refai and his family were dodging bombs in Syria. Now they're hopeful their kids will soon go to school and Dr. al Refai will return to the operating room in Austria, reports Alison Langley. (08.01.2016)

Toddler drowns while fleeing to Europe, the first refugee to die in 2016

A two-year old boy became the first refugee to drown while crossing the Aegean Sea in 2016, after a boat carrying dozens of migrants shipwrecked near the Greek coast. The Syrian boy was traveling with his mother. (03.01.2016)