Amid layoffs of controversial journalists and falling ad revenue for media that are critical of the government, there are growing complaints that Slovenia's once-enviable press freedom is suffering. 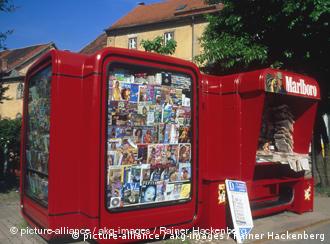 This Ljubljana kiosk is full of news -- but are they balanced?

Matija Grah, the Vienna correspondent of Slovenia's biggest daily newspaper, Delo, said he was ordered back home and fired shortly after he wrote a commentary critical of his government's foreign policy.

"Formally, it was the editor-in-chief who did the job," Grah said. "But it was clearly a political move. The foreign minister had called the editor in chief."

Press freedom in Slovenia is increasingly threatened, said Grah, who together with a group of journalists has started an initiative for press freedom in the country. They accuse Slovenian Prime Minister Janez Jansa and his government of seriously violating the freedom of the press. 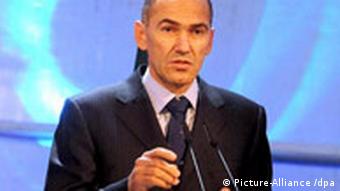 Journalists accuse PM Jansa of having an iron fist.

"Of course, politicians have always tried to influence the press, and politicians have made phone calls to previous editors-in-chief," he said. "But this government is systematically attacking the media."

In a letter to the prime ministers of EU member countries, Grah wrote: "Censorship in Slovenia's media shows itself in many different ways. Journalists who criticized the government have been transferred, laid off, stripped of their duties, and hampered in doing their work."

Now, some of the concerned journalists are demanding an international commission to thoroughly examine the issues of media censorship. Up to now, 517 journalists have signed a complaint document.

The political leadership answered quickly: Prime Minister Jansa accused the group of "exporting lies," and told them that, if they kept it up, they would damage the country's international reputation.

The fight between the government and journalists has been brewing since the 2004 elections, when the new conservative government enacted a broadcasting law. The law determines who will get a seat on the programming committee for national radio and television. The plan required a majority vote in parliament.

As a result, the heads of the TV and radio broadcasters were exchanged, and Slovenia's press angency, STA, got a new leadership -- Alenka Paulin, one-time press secretary for Jansa's cabinet.

Dozens of journalists left the state-run organization in protest.

Other criticisms are aimed at indirect influence of business on news. The Delo publishing company, which in addition to putting out the biggest national daily is also responsible for numerous smaller papers, is said to be under pressure to make agreements with businesses about the newspapers' content.

Too-close ties between business and news?

Delo's biggest stockholder is the Lasko brewery. Lasko was able to purchase state-run supermarket company Mercator -- thanks to good government contacts, many say. According to some Slovenian journalists, Lasko paid the government back by influencing the editorial policies of Delo's newspapers. 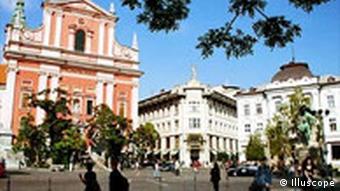 The director of the International Press Institute, Johann Fritz, warned in an official statement that "business contacts and stock ownership should not be used by the government to influence independent media into publishing positive articles."

But Grah, the Vienna correspondent for Delo, said there are now only two papers -- Dnevnik and Mladina -- that are not subject to state influence. Those news outlets are suffering from a lack of advertising, however. Big companies have pulled their ads from the critical newspapers, costing them a significant portion of their revenues.

In order to answer the critics, the Ministry of Culture funded a study at the University of Ljubljana, on press freedom. The researchers found that the reporting in Slovenian papers was even-handed, but sociologist Matej Makarovic, who conducted the research, found that the government and other political parties had tried to influence it.

New resolution from the directors of Deutsche Welle, the BBC World Service, Radio France Internationale, Radio Netherlands Worldwide and the Voice of America (08.01.2008)

Abdullah Gül was elected Turkey's next president on Tuesday. But calls by Prime Minister Erdogan for Gül's critics to give up their citizenship have the media wondering what direction Turkey will take. (28.08.2007)

A group promoting freedom of expression called on German authorities Thursday to put a stop to an investigation of 17 journalists accused of violating state secrecy laws, saying such a probe has no place in a democracy. (09.08.2007)

Do you think a newspaper publisher should be allowed to criticize its own government without being sanctioned? Please include your name and country in your reply.