Amid complaints from Austria, Slovakia has decided to push back the long-awaited opening of two new nuclear reactors. Activists claim to have evidence that the reactors' safety structures are damaged and could fail. 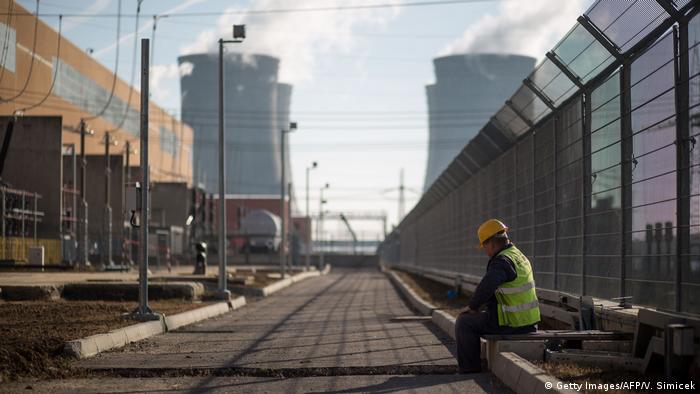 Slovakian officials have announced a delay of their plans to expand Mochovce nuclear power plant and accused Vienna of trying to meddle with Bratislava's "sovereignty" on Monday.

The plant is located some 100 kilometers (62 miles) from Austria's border. For decades, Austria's politicians and activists have been trying to cancel the plans to add two more nuclear reactors to the facility, citing safety concerns. In April this year, environmental watchdog Global 2000 said construction had major flaws. They also cited photos and testimonies which allegedly showed the reactors' protective containment structure was damaged and could fail in case of an earthquake or a serious accident.

'We will not let up'

Speaking to Slovak lawmakers on Monday, the CEO of state energy company Slovenske Elektrarne (SE) Branislav Strycek said the opening would be delayed once again, moving from June this year to at least November and possibly to March 2020. He said Austria's objections are the reason for the latest change.

Austria has been urging the International Atomic Energy Agency (IAEO) to send its experts to inspect the site. However, this will only happen if Slovakia invites the inspectors to the Mochovce plant.

Following the announcement on Monday, Austria's Chancellor Sebastian Kurz said it was a "step in the right direction."

"We will not let up until all our safety concerns have been answered," he was quoted by the Krone newspaper as saying.

However, Kurz faced sharp criticism from his Slovak counterpart, Prime Minister Peter Pellegrini, over the issue. Pellegrini slammed Austria for "declaring a holy war" against all nuclear power plants in the region.

The Slovakian leader also emphasized that his country has had decades of experience with nuclear power and that only Bratislava would decide on expanding its capacities.

Chancellor Kurz "is stepping over his competencies and attempting to meddle with the sovereignty and decision making of the Slovak Republic," Pellegrini said, according to Austria's public broadcaster ORF.

The two politicians are expected to discuss the issue at a Thursday EU summit in Romania's Sibiu.