Slovakia ploughs ahead with nuclear plans despite Japan disaster | Europe| News and current affairs from around the continent | DW | 15.03.2011

Slovakia ploughs ahead with nuclear plans despite Japan disaster

Slovakia's two nuclear power plants hail from the Soviet era. Although they have been modernized in parts, some Slovaks are calling for them to be shut down in the wake of events in Japan. 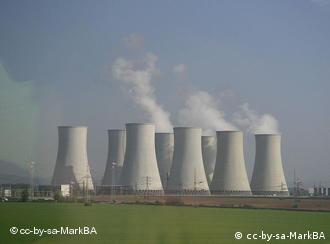 An accident at Bohunice almost caused disaster in 1977

The nuclear disaster in Japan has led to soul searching in Slovakia, which currently has four reactors running at two separate nuclear plants. Both plants were initially designed according to the Soviet model and later completed with modern safety technology, but opponents of nuclear power insist they pose a significant risk.

Slovakia found itself with the two nuclear plants when the country became independent from Czechoslovakia in 1993. Communist Czechoslovakia built its nuclear power stations according to strict instructions from central planners in Moscow. Both plants – Bohunice and Mochovce – are equipped with Soviet-designed VVER pressurized water reactors.

The ageing Bohunice facility was particularly controversial; an accident in 1977 at its original gas-cooled A1 reactor became Czechoslovakia's worst ever nuclear accident, which only narrowly escaped becoming a disaster of Chernobyl-type proportions. That reactor was later shut down and decommissioned, but Bohunice still uses two Soviet reactors completed in the 1980s. Mochovce, while newer, is also the subject of criticism, both from neighboring non-nuclear Austria and also from domestic anti-nuclear pressure groups. 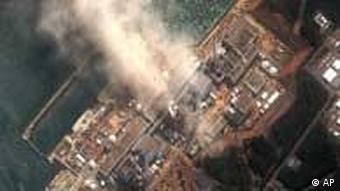 "[The Slovak government] says our reactors are safe, they don't need to reconsider anything, and they have trust in nuclear power," Andrea Zlatnanska, climate and energy campaigner for Greenpeace Slovakia, told Deutsche Welle. "However the whole word is debating whether this shouldn't be the last straw. This unfortunate disaster showed how vulnerable nuclear plants are. We would like to see a change in our government's opinion."

That change seems unlikely. While Slovakia was forced to shut down Bohunice's two older reactors as part of its accession agreement with the EU, two more are still operational. In 2009 the Slovak government announced that work would begin on a new, modern reactor. Meanwhile at Mochovce, two Soviet-style reactors are connected to the national grid, with two new facilities under construction.

However in the light of the Japan disaster, Slovakia has at least supported EU calls for renewed safety checks at Europe's plants, in particular supporting an Austrian proposal for a stress test of European power stations.

"If there would be a European stress-test initiative, I would support that," Slovakia's environment minister, Jozsef Nagy, told Reuters news agency.

"I do not see this as a milestone in the energy sector, but this might be a milestone in nuclear energy, so we will learn and introduce technologies that are resilient to similar, or even stronger, natural events," he said.

European shares opened sharply down on Tuesday after stocks in Tokyo plummeted more than 10 percent amid signs that Japan's nuclear crisis is intensifying. (15.03.2011)