Foreign Minister Ivan Korcok is one of six to step down after President Zuzana Caputova demanded the prime minister's resignation. The education minister also quit on Wednesday. 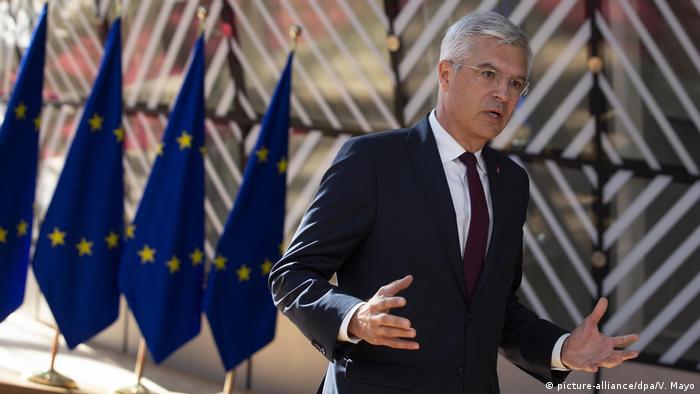 Slovakia's Foreign Minister Ivan Korcok resigned on Wednesday amid a political crisis over the government's handling of the coronavirus pandemic.

Korcok announcement comes as he attends talks with his opposite numbers from the NATO alliance.

Slovakia's liberal President Zuzana Caputova has demanded the Prime Minister Igor Matovic to step down as junior members of the four-party coalition slammed his pandemic policies.

The president noted in his appeal on Tuesday how four Cabinet ministers had already resigned in less than two weeks, before Korcok and Gröhling on Wednesday.

"It's essential that Prime Minister Igor Matovic, with his resignation, make it possible to conclude an agreement between coalition partners on the reconstruction of the government," Caputova told reporters on Tuesday.

"With every further day of the government crisis, the political elites show people how detached they are from their real life," she added.

A wave of resignations

Gröhling and Korcok joined four fellow ministers in giving up their positions on Wednesday.

Health Minister Marek Krajci, from Matovic's Ordinary People party (OLaNO), was the first to start the wave of resignations as he stepped down on Friday.

The prime minister wanted Sulik to step down. Matovic was eyeing securing a seat as a Cabinet member as a condition for his resignation as prime minister.

What is the row?

The decision caused a backlash among the coalition partners governing Matovic's OLaNO party. They wanted to wait for the European Union's green light to the vaccine.

The eurozone country of 5.4 million people has been struggling to contain one of the world's highest per capita coronavirus rates, with more than 350,551 confirmed cases and 9,190 deaths as of Tuesday.