Slovakia PM offers to step down to end coalition crisis

Slovakian PM Igor Matovic has said he is willing to resign — under certain conditions — to put the country's coalition chaos to a rest. Coalition partners have locked horns with Matovic over his COVID-19 management. 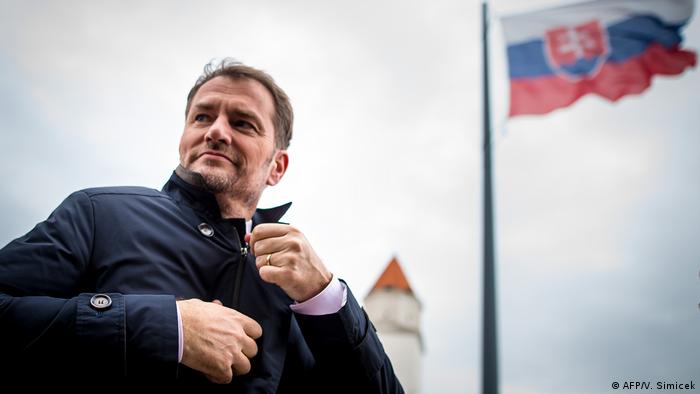 Slovak Prime Minister Igor Matovic said on Sunday that he was willing to resign to end a coalition deadlock over his handling of the coronavirus pandemic.

Matovic, who has been in power for a year,  offered to step down if the partners in his four-party coalition agree to certain conditions, including a Cabinet seat for himself.

"If coalition partners meet the commitments that they have publicly declared, and that is what our demands are based on, I am willing to step down as the chairman of the Cabinet and work

as one of its members," Matovic said in a statement to the media.

His conditions also included other party leaders in the coalition giving up their ministerial portfolios.

"To calm the situation, we consider the departure of Minister Richard Sulik from the government to be absolutely necessary," said Matovic, talking about the economy minister and liberal SaS party leader.

In response to Matovic's demands, Sulik said he would not accept him staying on as a minister in the government.

"We will not agree with such proposals, whose main motive is obviously his (Matovic's) personal revenge," Sulik said.

The prime minister has been mired in a dispute with his coalition partners since he acted unilaterally and decided to buy Russia's  Sputnik V COVID-19 vaccine.

The decision caused an uproar among the coalition partners governing with Matovic's OLaNO party as they wanted to wait for the European Union's nod to the vaccine.

Junior members of the coalition have threatened to quit the government if the conservative-populist Matovic does not resign by next Wednesday, while President Zuzana Caputova, a liberal, has demanded that he find a solution.

The political upheaval comes at a time when Slovakia is battling one of the world's highest per capita rates of coronavirus deaths and infection.