Sinzig floods: Did authorities fail residents? | Germany | News and in-depth reporting from Berlin and beyond | DW | 20.07.2021

Did German authorities do enough to warn locals and move them to safety ahead of last week's devastating floods? DW speaks to residents in Sinzig, one of the towns hardest-hit by flooding. 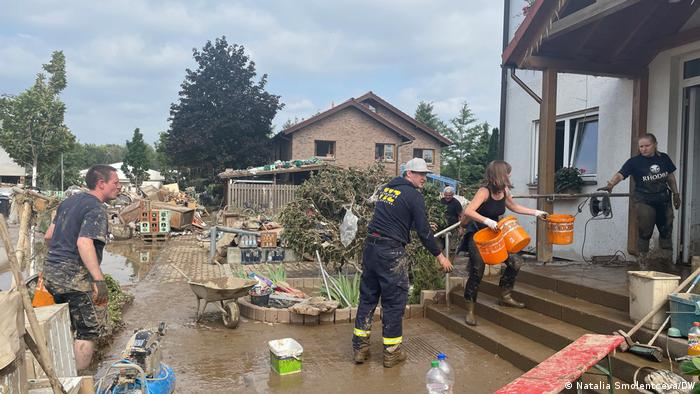 Residents of Sinzig, one of the areas hardest-hit by flooding, have begun cleanup efforts

When Michael Kopitzara inspected his shed after his hometown of Sinzig was hit by major flooding, he could hardly believe his eyes. His beloved Honda motorcycle largely survived the catastrophe that has devasted large parts of Western Germany. Granted, restoring the motorcycle to its former glory will cost a tidy sum. But that pales in comparison to the massive destruction that the ground floor and cellar of his home has sustained. 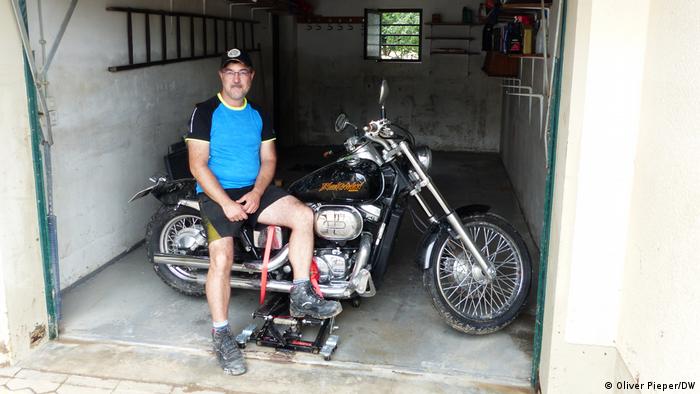 Michael Kopitzara: "You see disasters in the media and you think, 'Why did people stay?'"

"No one expected something like this would happen here," Kopitzara tells DW.

Kopitzara has been a proud member of Sinzig's voluntary fire brigade for 30 years. His colleagues went door-to-door the afternoon before the flooding, warning locals of the impending disaster. "Our firefighters did everything in their power," he says.

Firefighters made the rounds

Kopitzara and his neighbors, who live close to River Ahr, were urged to move their cars to safety and park them at a local supermarket. "I complied, but considered it overly cautious," says Kopitzara. "Four years ago, we were warned the flood of the century was coming — but it didn't even reach our gardens; it was a quiet splash."

Later that evening, firefighters drove through the neighborhood once more, ringing doorbells and warning residents via microphone to prepare for massive flooding. They urged locals to exercise the utmost caution, move their possessions to safety, and follow the news closely.

Eventually, Kopitzara, who was in touch with his fellow firefighters, decided to take extra precautions. He began piling sandbags in front of his door and moving important binders from his cellar to the living room. "I didn't even bother with the laptop and official documents that are in the study in the cellar."

His fears were allayed after checking his Katwarn app, a smartphone application that warns of impending weather disasters, including floods. Just before midnight, it urged residents living within a 50-meter corridor of the River Ahr to leave their homes — Kopitzara's home is located 70 meters from the water. But the flooding proved far worse than anticipated.

Many are now asking why German authorities failed to evacuate cities and towns that were acutely threatened by flooding. Michael Kopitzara has a clear opinion on the matter: "We need decisions like these to be made at the top; you cannot leave local fire brigades in each town in charge of this." 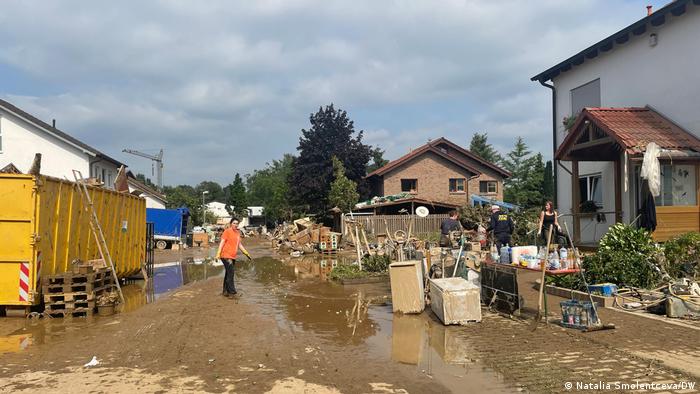 A volunteer helps clean up Sinzig after the flood

He says, in retrospect, that if authorities had closely monitored the situation, they could have acted sooner and faster. "Someone would have had to show the courage to evacuate tens of thousands of people within a very short time, at the risk of having done so unnecessarily," says Kopitzara.

Numerous Sinzig residents were unaware of the impending disaster. Some were jolted from their sleep by their neighbors' screaming and shouting, fleeing from their homes with nothing but the clothes they were wearing. Others woke up the next day to find their hometown of Sinzig largely inundated. 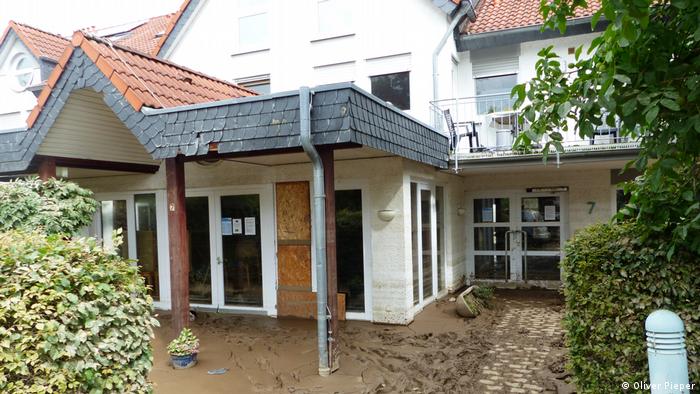 Above all, residents in need of protection were completely helpless when confronted with the flooding. The ground floor of a care home for people with cognitive disabilities, located near the river, was hit by flash flooding, killing 12 disabled residents.

Kerstin Laubmann is still shocked by the large-scale destruction wrought by the water several days ago. Laubmann has served as Sinzig's Prostestant pastor for the past three decades. As a spiritual counselor, her job is to give others hope — yet that is proving difficult.

"People cannot process their emotions yet," she says. "They are inside a tunnel, desperate to save their possessions; then, suddenly, they break down crying."

Laubmann previously worked as a pastor in Andernach, a town on the River Rhine that has experienced numerous floods. But for residents along the River Ahr, the flooding was unprecedented. "I considered it impossible, I never imaged this [region would flood]," says Laubmann. Many locals she adds, were full of disbelief that fateful night. Her son, who lives further along River Ahr, was evacuated during the nightly flooding. 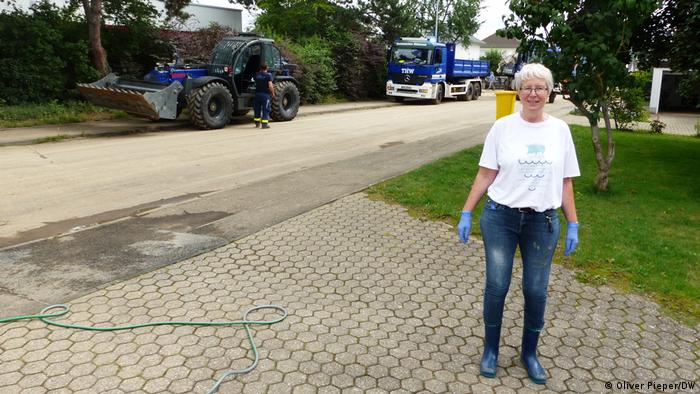 No siren sounded during the night to warn Sinzig locals. After all, Laubmann says, residents would have thought a fire was the cause for alarm.

It's been five days since the major flooding ripped through Sinzig. And Kerstin Laubmann still does not know what lessons the town of Sinzig should draw from the disaster. Should locals install tall retaining walls along the cycle path and through a green recreational area to safeguard against future flooding? To her, that is unthinkable. Instead, she thinks people must lead more sustainable lifestyles, help preserve nature and abstain from further soil sealing. But she concludes that: "You can't protect yourself from flooding like this."

Northern Afghan provinces have been hit by heavy rains, damaging homes and thousands of acres of land. More rains are expected across Afghanistan in the coming days.

An exceptional monsoon season sparked flooding in the eastern Afghan province of Logar and in neighboring Pakistan. More than 50 people have been killed and several people are still missing.