Singapore is one of Asia’s most powerful economies, but it lacks a reliable water supply. Wastewater-reuse plants could change that by soon recycling enough sewage to meet 50 percent of the nation’s water needs. 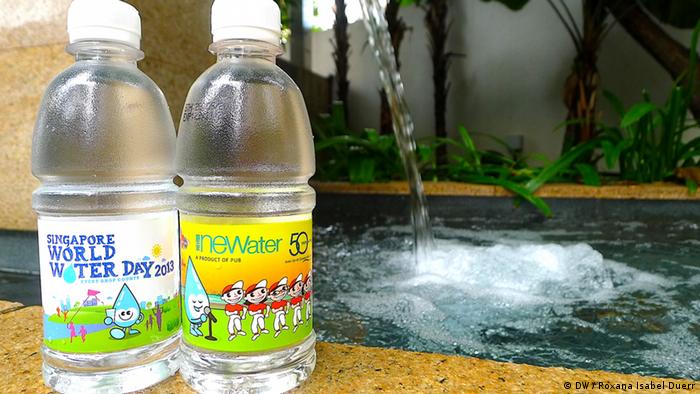 Singapore is a city of superlatives. The banking Mecca, Asia’s answer to Geneva and Zurich, has the world’s highest concentration of millionaires. The affluent city-state has a booming economy with investments pouring in.

It’s also home to one of the world’s best health- and education systems. And it has an enviable reputation as being one of the world’s cleanest and safest cities. All those factors are reflected in Singapore’s architecture - dazzling skyscrapers and luxurious high-rises dot the island city. 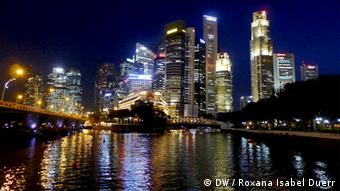 Booming Singapore has everything - except enough water

But the prosperity and economic boom are unable to mask one of Singapore’s most pressing problems: it simply does not have enough water to meet its needs. The city-state has to import several millions of liters of fresh water from neighboring Malaysia via pipelines.

In fact, the Food and Agricultural Organization (FAO) has officially classified the island state as “water poor.” Alternatives are urgently needed.

The water Singapore imports from Malaysia makes up around 30 percent of its total supply. With 2.4 meters of precipitation a year – the global average is only 1 meter – rain is another crucial source of blue gold. Another 30 percent come from the island’s 17 reservoirs. But digging further reservoirs is not feasible because space is at a premium in Singapore – the country is the size of the German city of Hamburg.

“In bigger countries, lakes and rivers provide the fresh water supply, and there’s enough space to collect and store water. But Singapore is so small, it can’t take advantage of those options,” George Madhavan of Public Utility Boards (PUB), Singapore’s water and environmental agency, says. Instead, officials have been forced to find other options. The desalination of sea water is another source of water, but it is cost-intensive and therefore only makes up around 10 percent of Singapore’s water supply.

That led the government to launch a project called “NEWater” back in 2003. It involves recycling wastewater to highly purified water, providing a more cost-efficient and eco-friendly solution.

The concept of recycling wastewater certainly isn’t new, with long-running initiatives already well underway in Israel, Spain, Scandinavian countries and the US. But with NEWater, Singapore has quickly gained an international reputation for efficient recycling of wastewater. The initiative already supplies around one third of the country’s water demand, and that number is expected to grow to more than half by the year 2060. 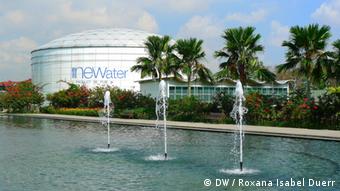 The first of NEWater's treatment plants went into operation in 2002

There are now four purification plants across Singapore producing 430 million liters of NEWater a day. The majority of what’s produced is consumed by industry or by big cooling facilities. The rest is combined with nutrient-rich reservoir water, purified again and filled into bottles.

The bottles are not for sale, and the environment ministry says it has no plans to change that. Instead, they’re distributed at major events to help raise awareness about the project. Officials have also set up a visitor’s center offering daily tours for tourists and schoolchildren to share more information with the public.

Today, around five percent of tap water in Sinapore comes from NEWater. During the dry months, reserves in Singapore’s rainwater reservoirs fall rapidly and officials have to supplement the supply with greywater. “With NEWater, we’re les dependent on the weather,” George Madhavan says. “This ultra-clean high-grade recycling water is a success story for Singapore and it’s a cornerstone of our sustainable water management system.”

The technology for recycling sewage into drinking water is not new. Sewage water is filtered to extract larger particles, bacteria and viruses. Then, through reverse osmosis, membranes refine the water again, sifting out further contaminants and getting rid of any disease-causing agents. Finally, ultraviolet disinfection is used to make sure the water is truly pure and ready to use. 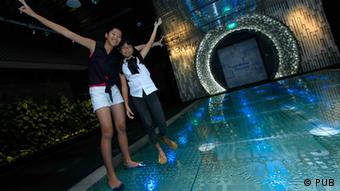 Visitors can do tours of NEWater's facilities. The idea is to raise public acceptance for recycled sewage water

At the end, the final product even exceeds the FAO’s safety standards. Over the last ten years, the initiative has moved beyond economic necessity and turned into a strategic priority for Singapore. The government’s 100-year water contract with neighboring Malaysia is scheduled to expire in 2061, and the city-state intends to set up its own independent supply before that happens.

A promising model for the future?

Singapore’s water project has become an important model for the entire Asia Pacific region. Australia, too, has been purifying wastewater for years, though partially for different reasons.

“You need a consistent water supply to protect against the unpredictability of our climate, which swings from floods to droughts,” Mark O’Donohue, the CEO of Australian Water Recycling Centre of Excellence in Brisbane, Australia, says. “One single source of water is no longer enough to guarantee water security.”

But, says O’Donohue, despite the advantages of purification, many people are still skeptical of drinking treated sewage water, and a large part of the battle is winning the public’s trust and acceptance. But the proof is in the water.

“During the purification process, the water quality can be adjusted according to its intended use, whether it’s to be employed in agriculture or high-tech production or prepared for drinking water,” he says. That flexibility doesn’t exist in desalinization. And thanks to its various nutrients and green fuels, greywater has become a valuable and versatile resource.

“Besides the fact that total water consumption falls, the biggest advantage is that it can be locally sourced. That is an especially important factor for remote villages and towns,” Chandran says. In places where fertilizer is too expensive or unavailable, you can use targeted wastewater recycling to improve food security, he says. And in industrialized countries, greywater can be also be used to generate chemical and hydraulic energy.

Wastewater recycling undoubtedly has huge potential and could become a crucial model for water security around the world – and not just in mega cities like Singapore.

Afghanistan: Can the Taliban avert a food crisis without foreign aid? 11.11.2021

The UN's World Food Program has warned that half of Afghanistan's population is facing an acute hunger crisis, with millions forced to choose between "migration or starvation" amid drought and economic collapse.

Can Germany frack its way out of the energy crisis?