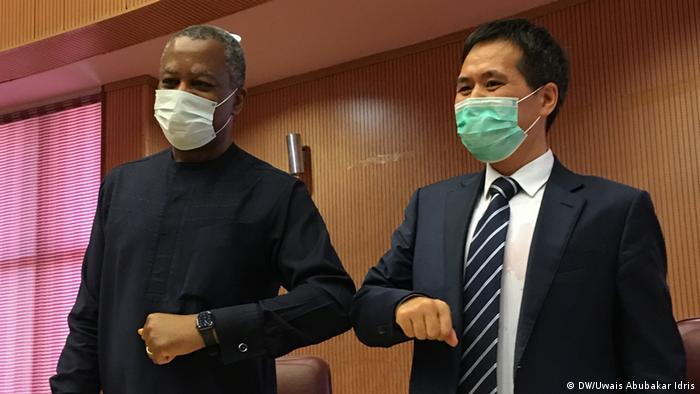 Though the coronavirus epidemic has subsided in China, many fear a second wave of infections. This fear is accompanied by racism.

Over 100 residents from countries in Africa have tested positive for the virus in the southern industrial hub of Guangzhou. As a result, the entire population of African residents is being scapegoated.

The city's African residents have reported that hotels and restaurants are refusing them entry. Some have been forced out of their apartments; others subjected to forced quarantine measures, even though they are not high-risk.

According to official statistics, some 4,500 people from countries in Africa live in Guangzhou, the capital of the province of Guangdong. Unofficially, the figure is probably much higher because some immigrants do not return to their countries of origin when their visas expire.

Many of the African nationals living here work in exports. The authorities are reportedly more lenient with undocumented migrants here than elsewhere in China because they contribute to the economy.

Many citizens fear that the unofficial number of coronavirus cases could be higher that what officials are reporting. One reason for this is because only people with official documents can be tested.

At the beginning of the week, official statistics stated that 111 African nationals had tested positive. Of these, 19 were probably already infected when they arrived in China.

At a national level, 90% of the "imported cases" of the virus can be traced back to Chinese nationals who have returned from abroad.

The percentage is not quite so high in Guangzhou, but the tendency is the same. Yet many locals are blaming the second wave of infections on Africans.

The US state department recently accused Chinese authorities of "xenophobia." A spokesperson said that "the abuse and mistreatment of Africans living and working in China is a sad reminder of how hollow the PRC-Africa partnership really is." 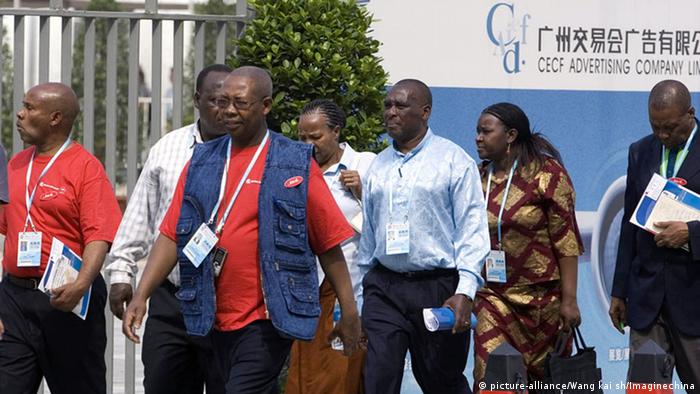 This may sound somewhat hollow itself, considering the fact that in the US, poor African-American communities — in Chicago for example — are suffering disproportionately from the COVID-19 outbreak.

Chinese foreign minister Wang Yi countered with comments that the Sino-African relationship was "solid as a rock" and said that there had been no discrimination against China's "African brothers" and that all foreigners in China were being treated in the same way.

Yet, in view of complaints from the African Union (AU), Beijing admitted that it was paying "high attention to the occasional incidents and misunderstandings."  Assistant foreign minister Chen Xiaodong told ambassadors from Africa that China was also paying serious attention to the issues raised by some African diplomatic envoys regarding the situation of Africans in Guangzhou and elsewhere involved in local outbreak response. He added that "Guangdong authorities are taking a number of steps to improve its response."

Author Frank Sieren has lived in Beijing for more than 20 years.

Clearly, Chinese officials realize that African nationals living in China have not been treated without bias. Their admission of problems is also a sign of how important the partnerships with African countries are to the Chinese government.

Otherwise, the government would not have given instructions to the Guangzhou authorities to lift restrictions against its African residents immediately. It said that people who were not infected or did not live with anyone infected should be left alone, just like everyone else.

Direct channels of communication are also being set up with the consulates of African countries in order to process complaints faster.

It will not be so easy to fight the racism that is deeply rooted in China. What would be necessary are state and media campaigns to fight xenophobia and racism, but the Chinese Communist Party is torn on this issue. For many party members, there is an idea that racism is a Western problem, a consequence of imperialist colonialism, of which China was also a victim.

In the meantime, many Chinese people are openly suspicious of those from countries in Africa or people who appear to have African origins.

And as Sino-African ties become closer, there are more and more Africans living in China. Not all of them come to work — currently, there 90,000 African students in China on Chinese government grants.

Reports of Chinese workers lashing out against their African colleagues are not infrequent.

Stereotypes and clichés are rampant, as was made clear by a skit broadcast two years ago as part of the annual Lunar New Year TV gala that was meant to celebrate Sino-African ties but caused uproar. Black actors dressed up in monkey costumes and a Chinese actress wearing blackface, who was supposed to be "Mama Africa," sparked a series of complaints on social media and from African diplomats.

The coronavirus epidemic has exacerbated a phenomenon that already existed. China — like many other countries — has a racism problem and the authorities should confront the issue.