Sicily's farmers go tropical in the face of climate change

Climate change has slowly damaged traditional crops. Now farmers on the Italian island of Sicily are looking for innovative alternatives to survive and even thrive. 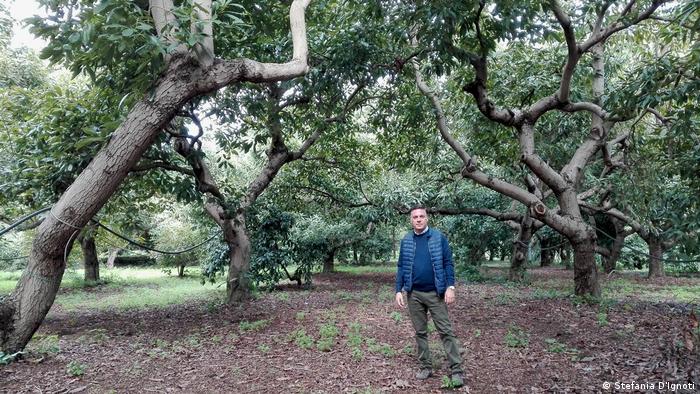 When Andrea Passanisi started cultivating mangoes and avocados in his family's vineyard on the slopes of Mount Etna in 2001, he was just 17. His neighbors, who were more used to olives and oranges, thought he was crazy.

"I wanted to tell a different Sicilian tale," he said. "One of adaptation and future vision."

The law graduate-turned-farmer is part of a new generation of Sicilian cultivators, taking advantage of the 1.5 degree Celsius (2.7 degree Fahrenheit) temperature rise to redefine the island's agricultural profile by producing in harmony with nature while simultaneously adapting to the changing local climate.

The conditions on Sicily now are ideal for forays into more exotic crops — and animals. 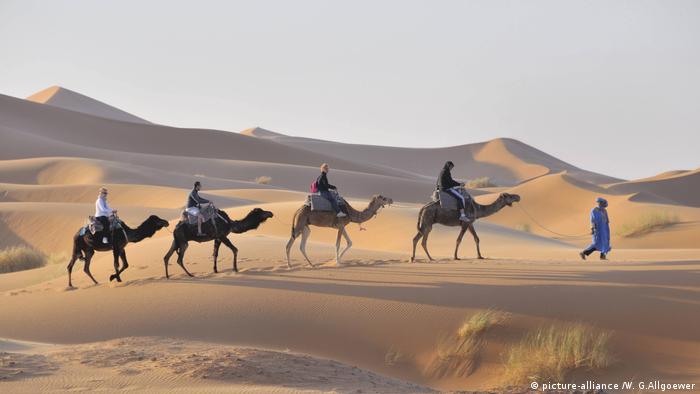 Obviously, dromedaries are desert animals, like these Moroccan ones. But for some years now, Etna has been their home, too

Beyond crops and plants

In 2013, the Gjmala farm in the village of Trecastagni, began breeding a small number of dromedaries for milk production.

"The higher temperatures have definitely influenced the adaptation and resistance of these animals here in Sicily, and helped me recreate their original habitat more easily,"  Santo Fragala, a vet and breeder who owns Gjmala, told DW.

Although he says consumers are not yet used to exotic businesses like his, he believes both consumers and entrepreneurs are slowly starting to understand that climate adaptation also offers some opportunities.

That is good for farmers such as Alberto Continella in whom Passanisi found a mentor for his entrepreneurial endeavors.

Continella's father started an avocado export enterprise in the 1960s, when such crops were pretty much unheard of in Sicily. Now, their tropical garden is the biggest on the island, and home to towering green 50-year-old avocado trees.

With over two decades of experience under his belt, Continella is happy to share his knowledge.

"Farmers in Sicily are usually very independent and avoid cooperating with their peers because they fear competition," he said. "We want to promote the opposite of that in the exotic production field, and teach other tropical wannabe farmers the required know-how to not fail." 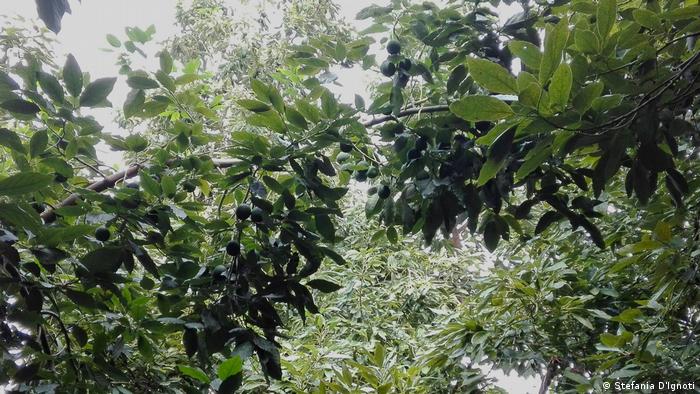 For most of us olive trees are traditionally Italian — can we someday think of avocados the same way?

Adequate water is one of the keys to achieving that. He and Passanisi believe that by working together, farmers can share the cost of irrigation and more effectively push for an overhaul of the island's outdated irrigation infrastructure, which, often built with shoddy materials, leads to water waste.

They also say that an understanding of Sicily's microclimates and soil properties enable cultivators to plant their crops in places best suited to their needs.

The area of Giarre, a small town tucked between Mount Etna and the Mediterranean lends itself, not least because of the water flowing beneath the soil, to the kind of tropical crops to which Sicilia Avocado puts its name.

"The soil, made more fertile by Etna's ashes, and the purity of the water extracted from this specific subsoil, gives each fruit special and valuable organoleptic properties, and makes it the ideal space for cultivating such plants," Passanisi explained. 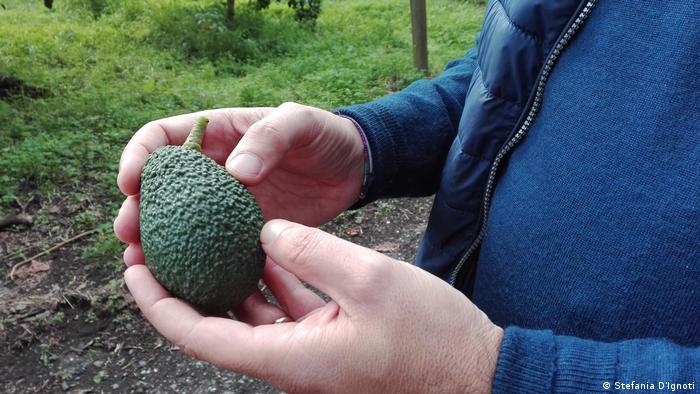 Around Etna, the generation of the under-30-year-olds feels the urge to try to make a living with agriculture — many are trying with tropical fruits

Back to their roots

The entrepreneur wants to "share this new philosophy and entrepreneurial spirit" and is keen to "inspire" younger generations trying to breathe new life into old family lands. But he also warns against jumping on the tropical bandwagon that attracted many farmers alarmed by news of climate change and partial losses of their more traditional crops.

"They thought it would solve their economic problems," he said. "But most of the time, they don't have the practical knowledge or guidance to help boost such ventures, and know very little about climate or how to adapt their crops to it."

Carlo Aranzulla is a 25-year-old farmer by day and radiologist by night who has dug up his grandmother's uncultivated lands in the province of Syracuse in eastern Sicily, to start his own organic orange and finger lime farm. Also a representative of Coldiretti, Italy's farming association, he says there's a determination among the young generation to make a go of a rural existence.

"I've seen many of my university classmates trying agriculture as a side career, although they studied economics or law at university," he said. "Some of them have even quit their studies to fully commit to the farming profession."

There is already a market for Sicily's tropical produce in Germany and Belgium, but local consumers are now increasingly adapting to the exotic flavor of more uncommon fruit, such as annona and feijoa. And the trend toward consuming zero-mile products, both for health and sustainability reasons, is helping to accelerate the process.

For Passanisi, it's just the beginning of this new Sicilian farming tale. "I think this Mediterranean island can and will unexpectedly offer some interesting sustainable growth opportunities in the tropical field," he said, as his silhouette disappeared into a grove overlooking Mount Etna.

The need to ensure global food security and the potential for bio-fuels to curb climate change has dominated talks at the first-ever meeting of G8 agriculture ministers. (18.04.2009)

US: Suspect arrested over murders of four Muslim men in New Mexico