The scorching heat in Siberia this summer was a result of burning fuel, wildfires, thawing permafrost and other man-made conditions, a new study says. Scientists warn it is evidence of increasing extreme temperatures. 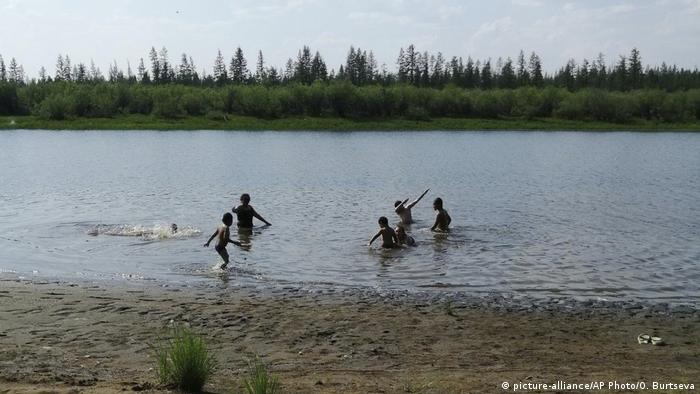 The heatwave in Siberia this summer has caused temperatures soar as high as 38 degrees Celsius (100.4 degrees Fahrenheit). A group of scientists on Wednesday said that this would have been "almost impossible" without man-made climate change.

A new study, which has not been peer reviewed yet, conducted by an international team of scientists from the UK, Russia, France, the Netherlands, Germany and Switzerland found that the greenhouse effect multiplied Siberia's chance of heat by at least 600 times.

The study looked at temperatures in the region from January through June, including a day when the mercury hit a record 38 degrees Celsius in the town of Verkhoyansk.

The scientists found that without climate change, the prolonged heat that Siberia experienced would happen only once every 80,000 years. Lead author of the study Andrew Ciavarella, a scientist at the UK Met Office, said this would have been ''effectively impossible without human influence.''

"This is further evidence of the extreme temperatures we can expect to see more frequently around the world in a warming climate," he added.

The team used 70 climate models, running thousands of complex simulations comparing current conditions to a world without man-made warming from the burning of coal, oil and gas.

They said extra heat trapping gases from burning fuel, along with widespread wildfires, pest outbreaks and the thawing of permafrost, which led to a massive pipeline oil spill, contributed to this year's heatwave.