Should Europe adjust to US foreign policy based on favors? | Europe | News and current affairs from around the continent | DW | 04.12.2019

Should Europe adjust to US foreign policy based on favors? 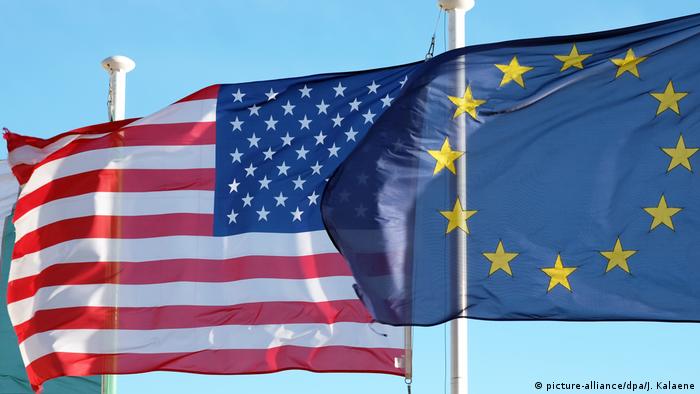 US President Donald Trump says he won't show up for impeachment hearings, but on Capitol Hill, somber US government officials have been telling it like it is — to their great alarm. The testimony of acting Ambassador to Ukraine Bill Taylor, State Department officer David Holmes, National Security Council advisor Fiona Hill and others has illuminated how some of the foreign policy priorities of Trump are based on his personal political ambitions.

Ambassador to the European Union Gordon Sondland, testifying the administration did expect a "quid pro quo," made no apologies for using all diplomatic means at his disposal to carry out these wishes. He says that's his job.

With both the European Union and NATO focused on strengthening Ukraine against Russian aggression, it was jarring to hear Kyiv-based Holmes recall a conversation he'd had there with Sondland, who had just gotten off a cell phone call with Trump. "I asked Ambassador Sondland if it was true that the president did not give an 'expletive' about Ukraine," he told investigators at the House of Representatives impeachment inquiry.

With Germany and France leading European efforts to try to end that "war with Russia" with a meeting scheduled for December 9, disunity on the western side could encourage Moscow to continue supporting the separatists' war against the Ukrainian government. In addition, the US envoy to Ukraine, former NATO ambassador Kurt Volker — who is well-known in Brussels — is also caught up in the scandal, accused of helping the White House pressure Kyiv into doing its partisan bidding.

Ian Bond, now director of foreign policy for the Center on European Reform, was a British diplomat posted in Washington earlier in his career. He says in normal circumstances, everyone dealing with the US on Ukraine would know who their interlocutors were in the embassy, the State Department and the National Security Council. No one would have sought out the president's personal attorney or the US ambassador to the European Union.

"For a lot of governments this is going to be very uncomfortable territory because they can also see how this backfires," Bond explained to DW. "You may talk to somebody who tells you they're doing X or Y on behalf of the president and the next thing you know, your conversations may be the subject of an impeachment hearing." 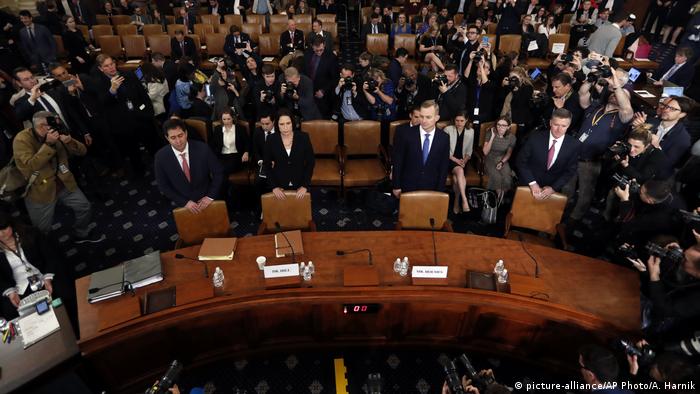 He adds that "pragmatic European governments are no doubt going to be learning from this that you have to look at who the president's cronies are ... a very dysfunctional way of doing business."

Holmes also explained how Sondland advised Trump to handle the case of American rapper ASAP Rocky, then being held in Sweden on assault charges, an issue Trump had taken up publicly. "Ambassador Sondland advised the president to 'let him get sentenced, play the racism card, give him a ticker tape [parade] when he comes home,'" Holmes said. Sondland further told the president that Sweden "should have released [ASAP Rocky] on your word, but you can tell the Kardashians you tried."

Iveta Cherneva, an independent foreign policy analyst in Bulgaria, says the possible impact of these revelations isn't merely hypothetical; she's already seen them play out ahead of the recent White House visit of Bulgarian Prime Minister Boyko Borissov. Despite being a member of the European Union and a NATO ally — one of the few which is spending above the NATO goal of 2% of its GDP on defense — Cherneva says her government was still nervous. The White House practices are "sending a clear message that you have to work around Mr. Trump's personal agenda in order to actually be taken seriously in US foreign policy," she told DW.

"So instead of looking at what's really going on," Cherneva added, "if you're Bulgaria, then you're wondering — and some commentators here have actually proposed — should I be offering a 'Trump Tower'? Should I be offering a Trump golf course? And how do I actually pass through these little Trump traps that he puts on the way to actually getting on the agenda for the important issues?"

This kind of adjustment by allies is disturbing for Rachel Rizzo, a fellow with the Robert Bosch Stiftung in Berlin and an analyst on transatlantic security. "It's almost like people have just accepted what is going on as the new normal, and it shouldn't be: Nothing that is going on is normal," she emphasizes. "Especially with what was happening with Ukraine, even the way the US conducts itself with its European allies, this is not normal, and it's not okay, and it's not something that we should normalize."

Rizzo urges Europeans to stand up for traditional and more transparent diplomacy. "It's going to take more effort from the Europeans," she told DW. "No one wants to feel the wrath of Trump because he's so unpredictable. So people are just sort of hanging in the balance, not knowing how to respond or what to do. And in the meantime, any sort of deepening of relations is completely blocked."

The impact of the impeachment drama on Trump's already mercurial mood will be on full display this week at the NATO leaders' meeting in London, the first major international event he'll attend since the hearings began. The session has already been pared down to just three hours — in part to avoid public relations disasters.

Four Star General David Petraeus told DW that Ukraine should become a NATO member after the war with Russia is over. "The success of some kind of Marshall Plan for Ukraine needs a security guarantee, otherwise it will not succeed."