A Dutch court has ordered Shell to bring its emissions in line with the Paris climate targets. Claimants had argued that Shell had violated human rights by fueling the climate crisis. 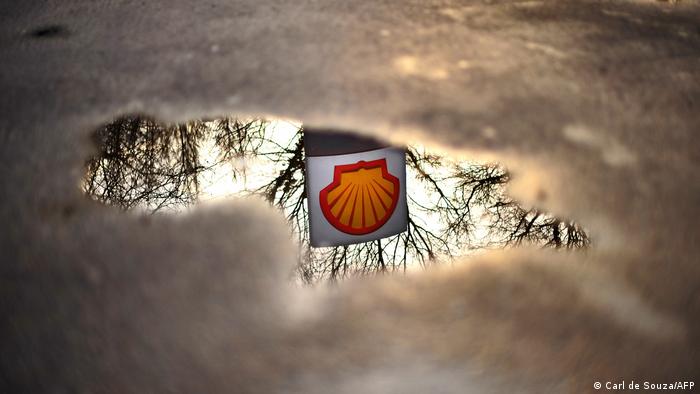 Shell was taken to court for fueling 'dangerous' climate change

A landmark judgment in The Hague has ruled that the oil giant Shell and its suppliers must cut emissions by 45% by 2030 from 2019 levels, as mandated by the Intergovernmental Panel on Climate Change.

The court found Shell's current commitment to reduce emissions intensity by 20% by 2030 was insufficient. Claimants had argued the reduction would come too late to meet the Paris target of limiting global heating to 1.5 degree Celsius (2.7 F) by the end of the century.

In the words of the court, Shell should follow the "worldwide agreement" that a 45% net reduction in 2030 is necessary to limit global heating. "This applies to the entire world, so also to Shell," the judge said.

The ruling is effective immediately. "This means they have to keep fossil fuels in the ground as of today," said climate group Parents For Future in a Tweet.

After arguments were heard during four days of hearings in December, the much-anticipated decision paves the way for a wave of litigation against Big Oil companies.

The case is an important precedent in that a company — and not a state — must now abide by the Paris targets.

"So far it has been impossible to hold corporations accountable," said Peer de Rijk, senior policy officer at Friends of the Earth Netherlands (Milieudefensie), which initiated the summons against Shell. "This will have enormous consequences."

Roger Cox, lawyer for Friends of the Earth Netherlands, called the ruling "a turning point in history. This case is unique because it is the first time a judge has ordered a large polluting corporation to comply with the Paris Climate Agreement."

Shell must abide by Paris targets

De Rijk said the Paris climate targets could not be met unless corporations like Shell — one of the top 10 most-polluting companies worldwide, according to Friends of the Earth — also abide by emission reduction targets.

Headquartered in The Hague, Royal Dutch Shell appeared in the nearby district court on charges that its emissions harm the fundamental rights of claimants led by Milieudefensie, six other organizations and more than 17,000 co-plaintiffs.

The court agreed that Shell group emissions had an impact on climate change that is larger than that of most individual countries. The judgment stated that Shell has created risks for individuals that limited their human rights.

Shell has previously maintained that litigation will not aid climate mitigation. "What will accelerate the energy transition is effective policy, investment in technology and changing customer behavior," a Shell spokesperson said. "None of which will be achieved with this court action."

During the hearings, Milieudefensie's case hinged on the view that Shell had contravened the European convention on human rights by contributing significantly to "dangerous climate change."

The plaintiff noted that Shell is among 25 multinationals responsible for over half of all global greenhouse gas (GHG) emissions over the past three decades. It claimed that the Dutch oil and gas company's "long knowledge of climate change, misleading statements on climate change, and inadequate action to reduce climate change" constituted the "unlawful endangerment of Dutch citizens."

The case sets a groundbreaking precedent, said Laura Burgers, assistant law professor at the University of Amsterdam. "Traditionally, human rights are formulated as obligations for states, not for private parties," she said. 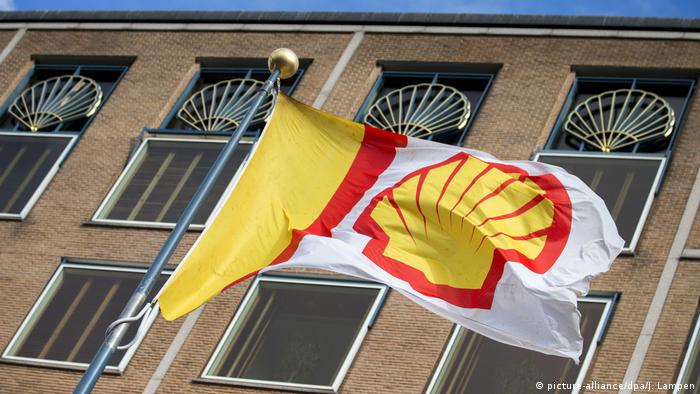 Shell headquarters in The Hague

The 2015 case brought by Dutch climate NGO Urgenda, for example, forced the government to "urgently and significantly" reduce emissions in line with its human rights obligations — a decision that was upheld in the High Court in 2019.

So, too, the German Constitutional Court recently demanded the German government raise its 2030 emission reduction targets following a successful climate lawsuit based on the "fundamental rights" of future generations who will be exposed to the full effects of climate change. Referring to the "duty to protect future generations," the court found that the government "should have taken precautionary steps to mitigate these major burdens in order to safeguard the freedom guaranteed by fundamental rights."

While Shell has been legally held responsible for oil spills and ordered to pay compensation — most recently to residents in the Niger Delta — the invocation of rights in The Hague was central to making a private company accountable to climate treaties for the first time.

"Climate litigation is a risk that companies cannot afford to ignore," said Paul Benson, a lawyer at environment NGO Client Earth, in relation to the decision. "Especially oil and gas giants that are responsible for more emissions than entire countries."

The ruling comes just months after Shell made a new commitment to reach net-zero emissions by 2050 with what it calls a "customer-first strategy."

But the plaintiffs in the case argued that despite such promises Shell's emissions are still increasing.

"Unless these emissions are rapidly reduced in the next 10 years, we won't reach the Paris goals," Milieudefensie's de Rijk said. Such urgency drove the litigants to seek judicial intervention, and to spark what he predicts what will become a "litigation wave" against major polluters.

The major issue with Shell's net-zero plan is an offset strategy by which the company will essentially plant trees to balance ongoing oil and gas exploration.

De Rijk says Shell will need to plant monoculture forests across an area that is three times the size of Brazil to reach the target. "It's of course totally impossible," he said.

With a global energy transition underway, and US President Joe Biden and other major emitters increasing emission reduction targets in the lead-up to the COP26 climate summit in November, there is a view that Big Oil is losing crucial time, and money, since it will inevitably be forced to transition.

"Global climate goals will only be achieved if companies like Shell really cooperate and actually reduce CO2 emissions in line with the Paris Agreement," Maij wrote. "But Shell does not want to do this: It is using its net zero climate plans as a smokescreen for inaction."

The Dutch oil and gas giant is expected to appeal the decision.

Lucas Roorda, assistant professor at Utrecht University, tweeted that the "decision is provisionally enforceable, so Shell will have to start reducing emissions while appeal is pending."

The $20 billion fund says oil companies including ExxonMobil and Royal Dutch Shell are not doing enough to meet goals set out in the Paris Agreement. But the fund has ruled out a blanket ban on fossil fuel companies.

The energy giant will have to pay four Nigerian farmers compensation and start a cleanup over pollution caused by leaking oil pipelines in the Niger Delta.